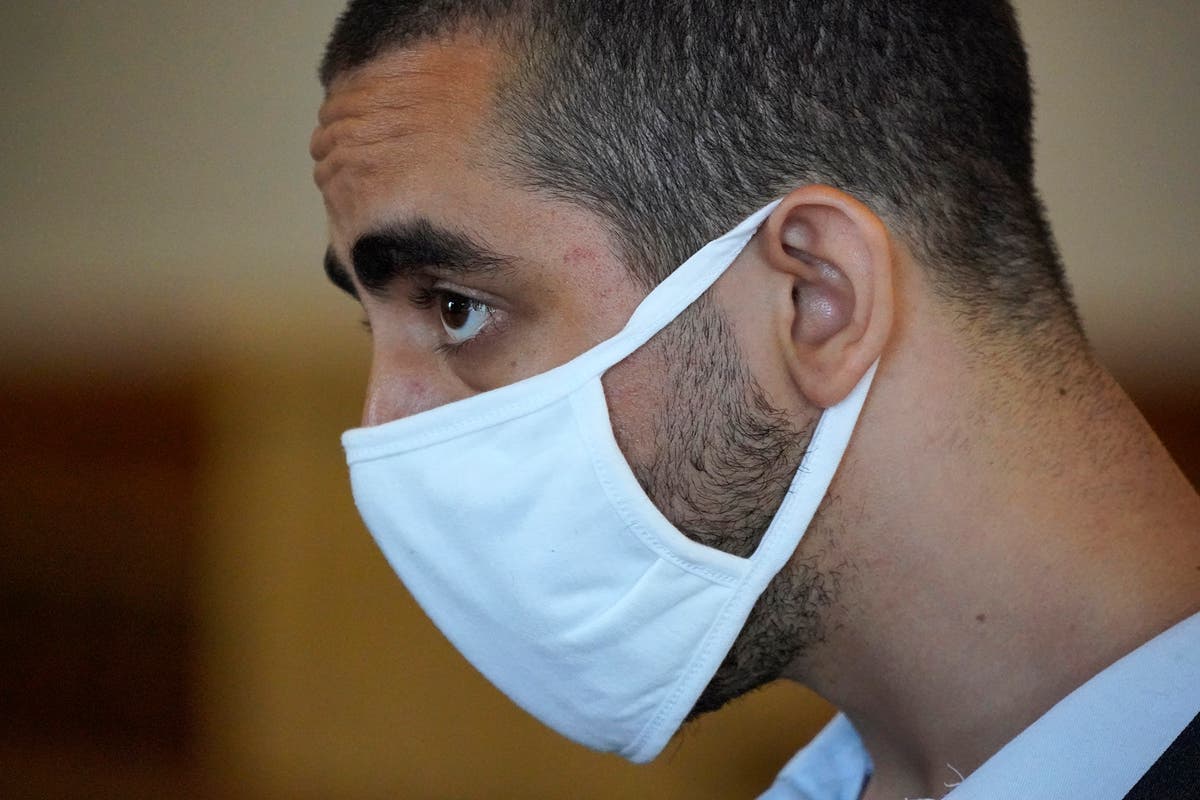 A 24-year-old New Jersey man with alleged sympathies towards Iran has been charged with the attempted murder of Salman Rushdie.

Hadi Matar is accused of stabbing the acclaimed British-Indian author up to 10 times onstage at the Chautauqua Institution in western New York state on Friday as he prepared to deliver a lecture.

Mr Matar, who according to eyewitnesses was dressed all in black and wore a black mask, was restrained by audience members before being arrested by a New York State trooper and sheriff’s deputy.

Mr Matar was carrying a backpack and electronic device, and had a fake New Jersey driver’s licence on his person when arrested, law enforcement officials said at a news conference.

Who is Hadi Matar?

Mr Matar is a United States citizen who was born in the US to parents who emigrated from Yaroun in southern Lebanon.

Yaroun, near the Israeli border, is a stronghold of the Iranian-backed Shiite militant group Hezbollah, and portraits of Hezbollah and Iranian leaders are displayed throughout the village, according to the Associated Press.

An official from Yaroun said that Mr Matar is a Shiite and also holds Lebanese citizenship, according to wire agencies.

Law enforcement sources told NBC News Mr Matar was born in California and had moved to Fairview, New Jersey in the last few years where he lived with his mother Silvana Fardos and 14-year-old twin sisters.

FBI officials spent several hours at the address on Friday.

Ms Fardos told DailyMail.com that she learned about the attack when her daughter called her to inform her about FBI agents at her door.

Federal agents had seized items from her son’s basement apartment – including a computer, books and knives, she said.

Ms Fardos said that she had disowned her son, and that he was “responsible for his actions”.

Mr Matar’s parents divorced in 2004 and his father moved back to Lebanon.

He appeared to change after taking a month-long trip to Lebanon to stay with his father in 2018, his mother said.

Prior to the trip, he had been a “popular, loving” son, but upon his return he became introverted and moved into an apartment in her basement. He began sleeping during the day and staying up all night.

“I was expecting him to come back motivated, to complete school, to get his degree and a job. But instead he locked himself in the basement. He had changed a lot, he didn’t say anything to me or his sisters for months,” Ms Fardos told DailyMail.com.

Ms Fardos noticed her son was becoming more religious when he questioned her about not introducing him to Islam at a young age.

“I didn’t push my kids into religion or force anything on my son. I don’t know anyone in Iran, all my family are here,” she told DailyMail.com.

His father Hassan Matar, who lives in Yaroun, has locked himself in his home and is refusing to speak about the stabbing, Reuters reported.

After his arrest, State Police Major Eugene Staniszewski told a news conference on Friday that a motive for the attack was unclear.

Iran’s former spiritual leader Ayatollah Ruhollah Khomeini issued a fatwa on Mr Rushdie after the publication of his 1988 novel The Satanic Verses in 1988.

The threat, which has never been rescinded, forced Mr Rushdie into hiding for nearly a decade after his Japanese translator Hitoshi Igarashi was stabbed to death in 1991, and a Norwegian publisher William Nygaard was shot outside his home in 1993.

The assault on Mr Rushdie has been celebrated in the Iranian media.

Iranian Foreign Ministry spokesman Nasser Kanaani denied any link to the stabbing in a televised address, and blamed the author and his supporters.

What charges is Matar facing?

Mr Matar appeared in court on Saturday charged with a felony charge of second-degree attempted murder, and second-degree assault for an injury to the event’s moderator Henry Reese.

He has pleaded not guilty and is being held without bail at Chautauqua County Jail.

Mr Rushdie was gravely wounded in the attack. He suffered a damaged liver and severed nerves in an arm and an eye, according to his agent Andrew Wylie.

After undergoing several surgeries at UPMC Hamot hospital in Erie, Pennsylvania, he was taken off a ventilator and is said to be speaking. But he is likely to lose an eye, Mr Wylie told the New York Times.

“Though his life changing injuries are severe, his usual feisty & defiant sense of humour remains intact,” Rushdie’s son Zafar Rushdie said in a statement on Twitter on Sunday.

The author was still a in critical condition, Zafar said.

Suspect says he only read two pages of The Satanic Verses

Mr Matar told The New York Post in a jailhouse video interview says he only ever read two pages of The Satanic Verses and admits he is “surprised” the author survived the knife attack.

Hadi Matar, 24, made the admission in a video interview from behind bars at the Chautauqua County Jail where he is being held on charges of attempted murder and assault.

“I read a couple pages. I didn’t read the whole thing cover to cover,” he told the Post about reading Mr Rushdie’s controversial novel that saw Iranian leaders place a fatwah on the author’s head, ordering Muslims to kill him.

“When I heard he survived, I was surprised, I guess,” he told the Post.

The suspect, who is from New Jersey, praised Iranian leader Ayatollah Ruhollah Khomeini, who issued the fatwah, but would not say if that is what inspired the attack.

“I respect the Ayatollah.. I think he’s a great person. That’s as far as I will say about that,” Mr Matar told the newspaper.