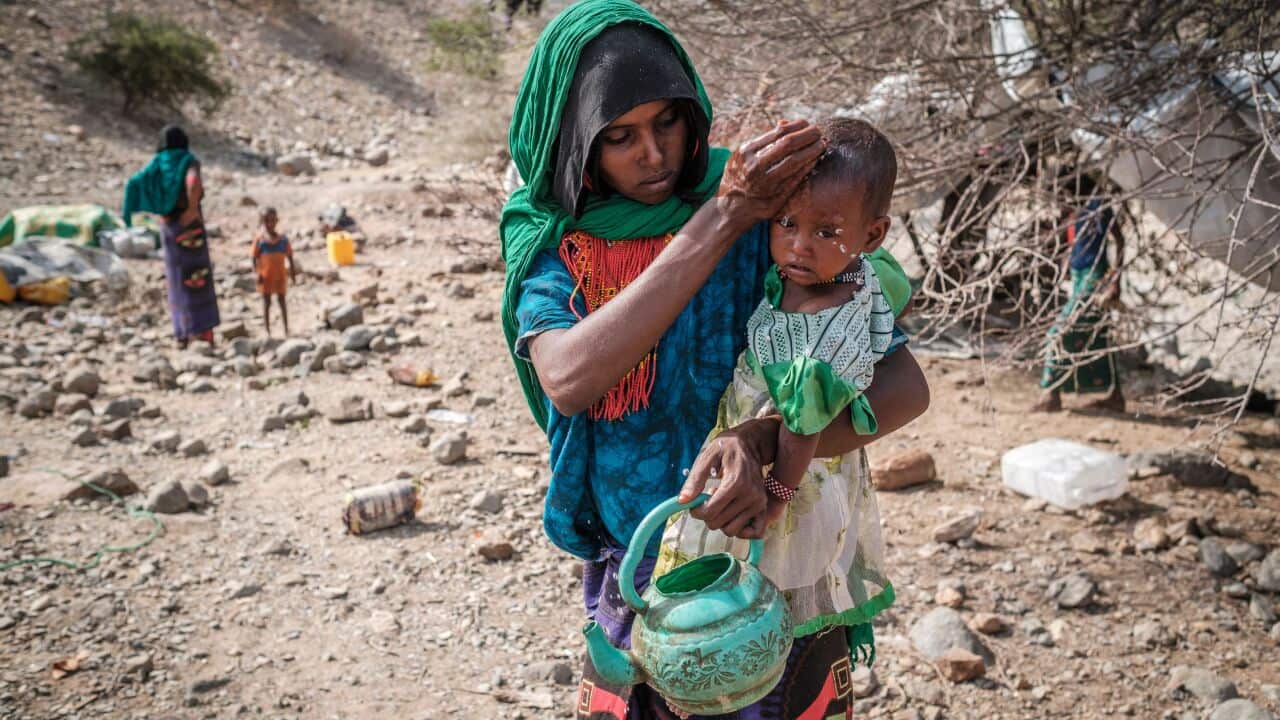 The World Health Organization (WHO) on Wednesday branded the “man-made catastrophe” in Ethiopia’s Tigray region the “worst disaster on Earth”, and slammed global leaders for overlooking the humanitarian crisis.
WHO chief Tedros Adhanom Ghebreyesus said “unimaginable cruelty” was being inflicted on six million people in the northern region, effectively cut off from basic services for nearly two years.

Dr Tedros, who is himself from Tigray, suggested racism may be why the situation ranked behind Ukraine in terms of international attention, despite it being “the worst humanitarian crisis”.

In November 2020, Ethiopian Prime Minister Abiy Ahmed ordered troops into the region to topple the Tigray People’s Liberation Front, accusing rebels of attacking federal army camps.
Since the war broke out, Ethiopia’s northernmost region has suffered food shortages and access to basic services such as electricity, communications and banking has been severely limited.
“As a result, the people of Tigray are facing multiple outbreaks of malaria, anthrax, cholera, diarrhoea and more,” Dr Tedros told a WHO press conference in Geneva.
“This unimaginable cruelty must end. The only solution is peace.”

Fighting has eased in northern Ethiopia since a humanitarian truce was declared at the end of March, allowing the resumption of desperately needed international aid convoys to Tigray.

In recent weeks both sides have mooted the possibility of peace talks.
But Dr Tedros said only a trickle of food and medicines had made it into the region, and said basic services must be resumed in order to build confidence in the peace negotiations.
“How can peace talks happen when six million people are suffocated?” he said, putting his hand around his neck.
Dr Tedros suggested discrimination could explain why the crisis had persisted without world leaders pressing Ethiopia and its northern neighbour Eritrea, whose forces have been backing the Ethiopian army.

“Maybe the reason is the colour of the skin of the people in Tigray. I haven’t heard in the last several months now even a head of state talking about the Tigray condition anywhere, in the developed world especially. Why? I think we know,” Dr Tedros said.

“This is the worst disaster on Earth as we speak… That’s the bare truth.”
He said the drought affecting the Horn of Africa was compounding the crisis.
“I appeal to the Ethiopian government to resolve this peacefully. The ball is in its hand,” the country’s former health and foreign minister said.

Soce Fall, the WHO’s assistant director-general for emergency response, said that recovery in the health system in Tigray would take “months and months”, with the current needs far from being fulfilled before it was even possible to talk about recovery.