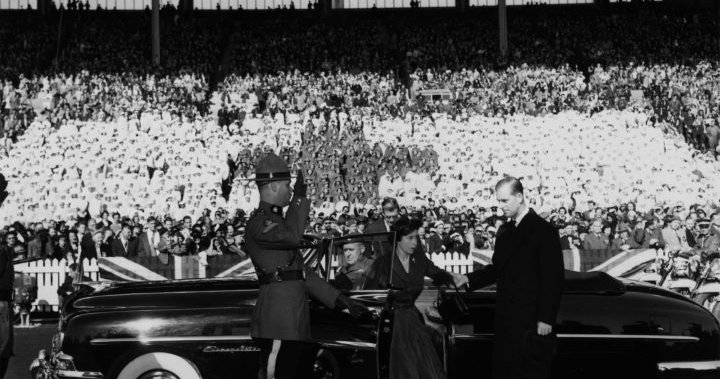 Eliette Levesque was just eight-years-old when she had her first brush with royalty, never realizing she had just met a future queen.

In the fall of 1951, the then Princess Elizabeth and her husband Prince Philip launched a 33-day tour of Canada. One of their stops was in Kapuskasing, Ont., known for its paper and pulp mill and suggested for the tour by Harold Alexander, the governor general at the time.

Levesque, now 78, was the youngest fully enrolled Brownie in town when she was selected to present a bouquet of flowers to the princess.

From royal tours to charitable work: What Queen Elizabeth did for Canada

She’s been reflecting on that day since the death of Queen Elizabeth II, who died on Thursday at age 96 after a historic 70 years on the British throne.

Anticipation for the eventual queen’s 1951 visit ran high, and Levesque remembers the weeks of preparation that went into even her small part of the occasion.

“For six months the ladies had me practice at least once or twice a week, how to curtsy, what to say,” she said.

When Oct. 15 came around, Levesque presented the princess with two dozen yellow roses in front of the Kapuskasing Inn.

The princess asked, “are those mine?”’ Levesque recalled.

History of Balmoral: The castle where Queen Elizabeth II spent her last days

Despite the months of preparation, Levesque said she was so nervous that she accidentally dispensed with one of the common courtesies offered during royal visits. Instead of replying with the pre-rehearsed “yes, your majesty,” she simply said “yes.”

The princess laughed and said thank you.

A picture of Levesque and the princess appeared in the local paper the next day.

Indigenous leader calls for new reconciliation agreement with the monarchy

Less than four months later, after the death of her father, King George the Sixth, the princess would become Queen Elizabeth the Second.

Levesque, now living in Hamilton, said she was saddened to hear of the Queen’s passing.