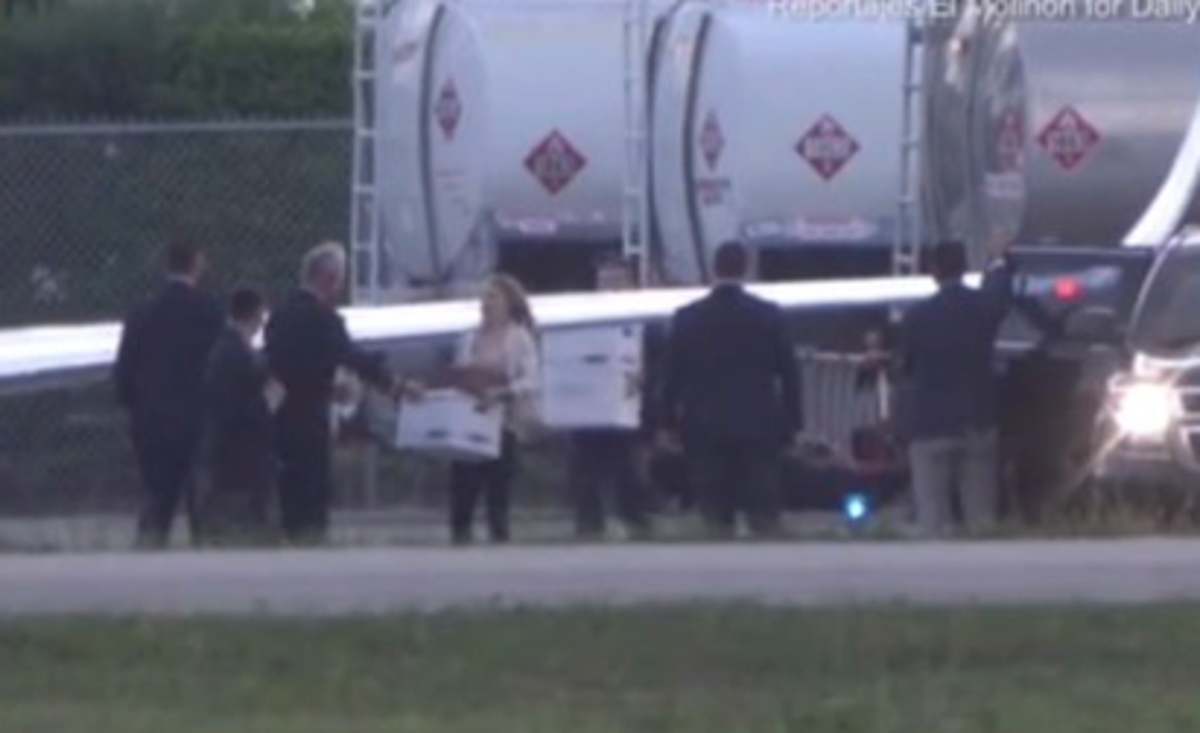 Following the FBI search of Mar-a-Lago, questions are being raised after footage taken in May 2021 has reemerged showing Donald Trump decamping from Palm Beach, Florida, to his New Jersey golf club for the summer.

In the video, originally filmed for The Daily Mail, the former president can be seen alongside a private jet as up to nine cardboard storage boxes are loaded onto the aircraft.

Former FBI agent Peter Strzok, once part of the Robert Mueller investigation into Russian collusion, noted on Twitter that the footage was taken on 9 May 2021, after the National Archives and Records Administration had informed the Trump team that material was missing and may be at the Mar-a-Lago residence.

“We know things are very chaotic, as they always are in the course of a one-term transition,” Gary Stern, the agency’s chief counsel wrote to Mr Trump’s lawyers. “But it is absolutely necessary that we obtain and account for all presidential records.”

Mr Strzok tweeted: “Better check Bedminster…” suggesting that Mr Trump ordered the removal of archival material from his winter home in Florida to his summer residence at the Trump National Golf Club at Bedminster, New Jersey.

Further, Mr Strzok notes that the brand of box used is the same as those seen in the evidence photo taken by the FBI during the 8 August 2022 search of Mar-a-Lago after the continued failure to return missing documents to the National Archives.

The photo agency that took the footage of the jet being loaded noted on Twitter that they witnessed “dozens of file boxes carried by aides”.

The re-emergence of the footage comes just days after US prosecutors warned that Mr Trump’s team might even now still be holding back some classified records removed from the White House as the former president’s term ended.

The revelation was made in a Justice Department court filing asking Trump-appointed US District Court Judge Aileen Cannon to let it continue reviewing about 100 classified records seized by the Federal Bureau of Information (FBI) at Mr Trump’s estate last month.

“Without a stay, the government and the public will also suffer irreparable harm from the undue delay to the criminal investigation,” prosecutors wrote in the filing.

“The injunction against using classified records in the criminal investigation could impede efforts to identify the existence of any additional classified records that are not being properly stored — which itself presents the potential for ongoing risk to national security,” they added.

Former Obama administration US attorney and MSNBC legal analyst Joyce Alene said of the footage showing boxes apparently being removed to New Jersey: “This could be nothing, but again, it could be highly significant. It requires investigation to learn the truth.”

In mid-2017, Mr Strzok worked on Mr Mueller’s Special Counsel investigation into any links or coordination between Donald Trump’s presidential campaign and the Russian government.

Mr Mueller removed Mr Strzok from the Russia investigation after text message exchanges between him and FBI lawyer Lisa Page contained criticisms of Trump and his supporters. Republican congressmen and right-wing media accused Mr Strzok of participating in a conspiracy to undermine the Trump presidency — though no evidence of a conspiracy was found in a comprehensive review of the approximately 7,000 texts by The Wall Street Journal.

Mr Strzok was fired and subsequently sued the FBI and Department of Justice for wrongful termination.

In 2020 he published Compromised: Counterintelligence and the Threat of Donald J Trump.