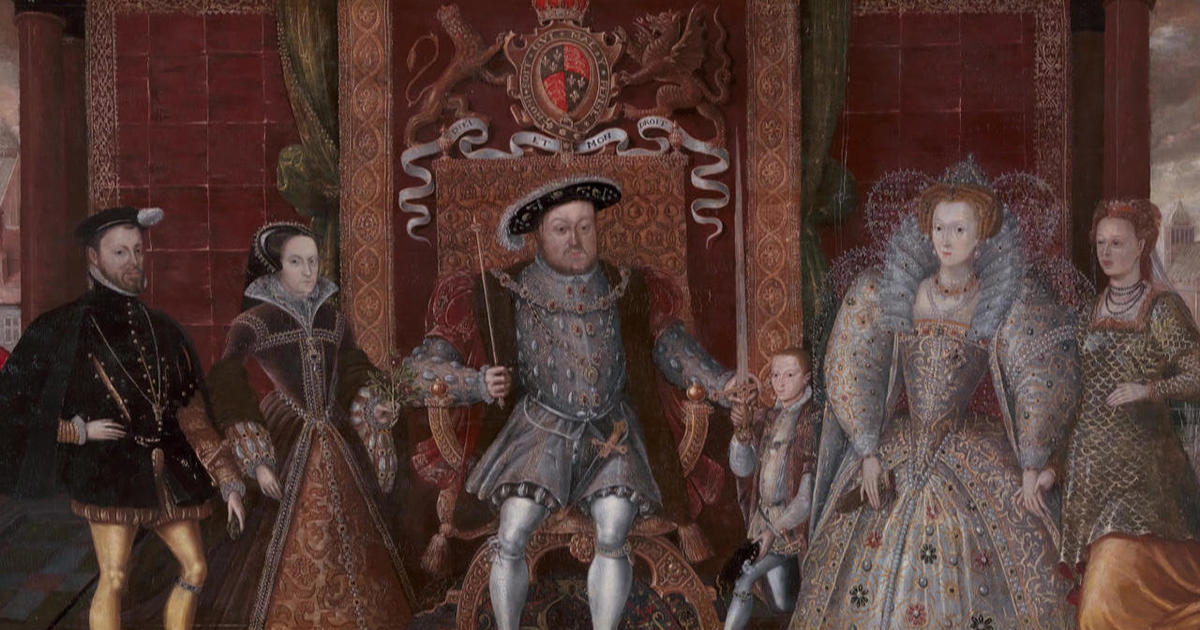 The rituals of mourning the death of Queen Elizabeth II tie-in traditions which date back centuries … a royal reminder of this family’s thousand-plus year history.

Hugo Vickers, one of the preeminent biographers of the royal family, has met the Queen around 40 times.

Correspondent Seth Doane noted, “You have pictures of you with the Queen around us here.”

“I do. I’m not unique in that,” Vickers replied. “If there’s a picture of you with the Queen, you tend to have it around.”

The family tree of the British royal family extends back more than 11 centuries. Vickers noted, “The crown passes down the line, sideways, up and down. But it gets there in the end, doesn’t it?”

“The royal family here in the U.K. is also connected by blood to other royal families across Europe?” asked Doane.

“Pretty much all of them, yes.”

The first king of England was Alfred the Great, who fought the Vikings, and was the great, great, great (say that 32 times!) grandfather of Queen Elizabeth II. She’s part of the House of Windsor, which followed other houses, including York, Tudor and Stuart.

Doane asked, “What is a house within the same family?”

Vickers said, “When the daughter marries, the man gives his name to the house, usually.”

In 10+ centuries, there’s plenty of family drama – the “War of the Roses” pitted factions of the family against each other; and Henry VIII had six wives – two divorced, two beheaded.

“When you look back, there were a lot of sordid details,” said Doane.

“Well, I think if you looked back at a lot of families, you might find a lot of sordid details,” Vickers said.

The House of Windsor had been the House of Saxe-Coburg-Gotha, until World War I, when King George V decided to distance the family from that German-sounding name, and take one that was more English: Windsor, named and the castle and its town.

Windsor Castle, Vickers said, “runs through the fabric of British history” … much like the family of the Queen he so admires.

“There’s a wonderful thread of continuity,” he said. “We’re jolly lucky to have a head of state like the one we’ve just lost. What country wouldn’t have liked to have had our Queen as head of state?”

As Queen, she was credited with stabilizing and modernizing the monarchy. For future sovereigns, that’s both an inheritance and a challenge.