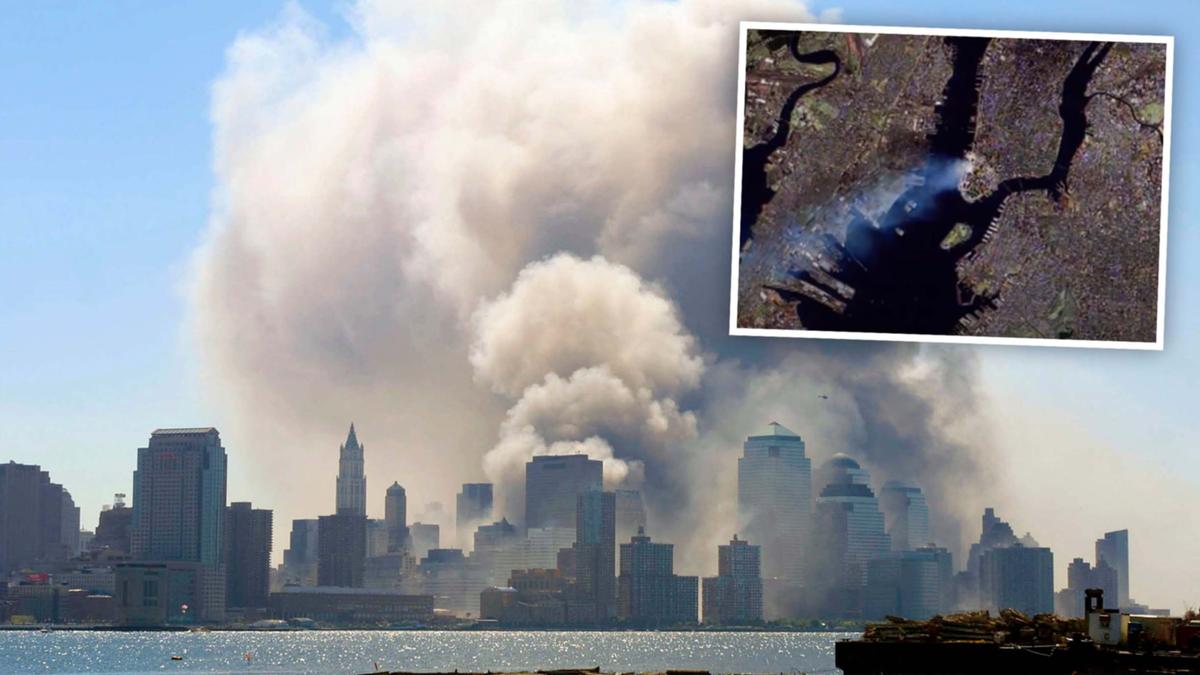 Footage captured by a US astronaut of the South Tower collapsing during the 9/11 terrorist attack in New York City has reemerged on the 21st anniversary of the horror event. ⁠

Former NASA astronaut Frank Culbertson was the only American not on the planet during the attacks on 11 September 2001, and was inside the International Space Station with two Russian cosmonauts at the time, around 400km above Earth.⁠

At the time the astronauts did not have live TV or Internet at the space station and were not aware of the unfolding situation that gripped the world.

In a video taken from the ISS, Culbertson describes what he believed was a fire over New York City.

“I raced around a found a video camera and a window facing in the right direction,” he can be heard saying from the International Space Sation.

“The weather was perfectly clear that day. You could easily see NYC and a big black column of smoke coming from the city.

“You can see New York City and the smoke from the fires.”

It wasn’t until later that Culbertson could see the gash in the side of the Pentagon and learnt his good friend and U.S. Naval Academy classmate Charles “Chic” Burlingame was the pilot of American Airlines Flight 77, which struck the Pentagon.

In another video on the 13th anniversary of Sept. 11, 2001, the former astronaut reflected on that day.

“What we were seeing was the second tower coming down,” he recalled.

“I didn’t know exactly what was happening but I knew it was really bad.

“It was like seeing a wound in the side of your country.”

Culbertson described his call to ground control that morning, just a month into his stay aboard the station, when his flight surgeon at Mission Control Houston, Steve Hart told him what happened.

“Frank, we’re not having a very good day down here on Earth,” Hart told him.

“Every orbit we kept trying to see more of what was happening,” Culbertson said.

“One of the most startling effects was that within about two orbits, all of the contrails that are normally crisscrossing the United States has disappeared because they had grounded all the airplanes and there was nobody else flying in U.S. airspace.

“Except for one airplane that was leaving a contrail from the central U.S. toward Washington, and that was Air Force One headed back to D.C. with President Bush.

“It was a very sobering time for us.”

Nearly 3000 people died in the attacks in New York, at the Pentagon and in Pennsylvania, where passengers on United Flight 93 overcame the hijackers and the plane crashed in a field, preventing another target from being hit.