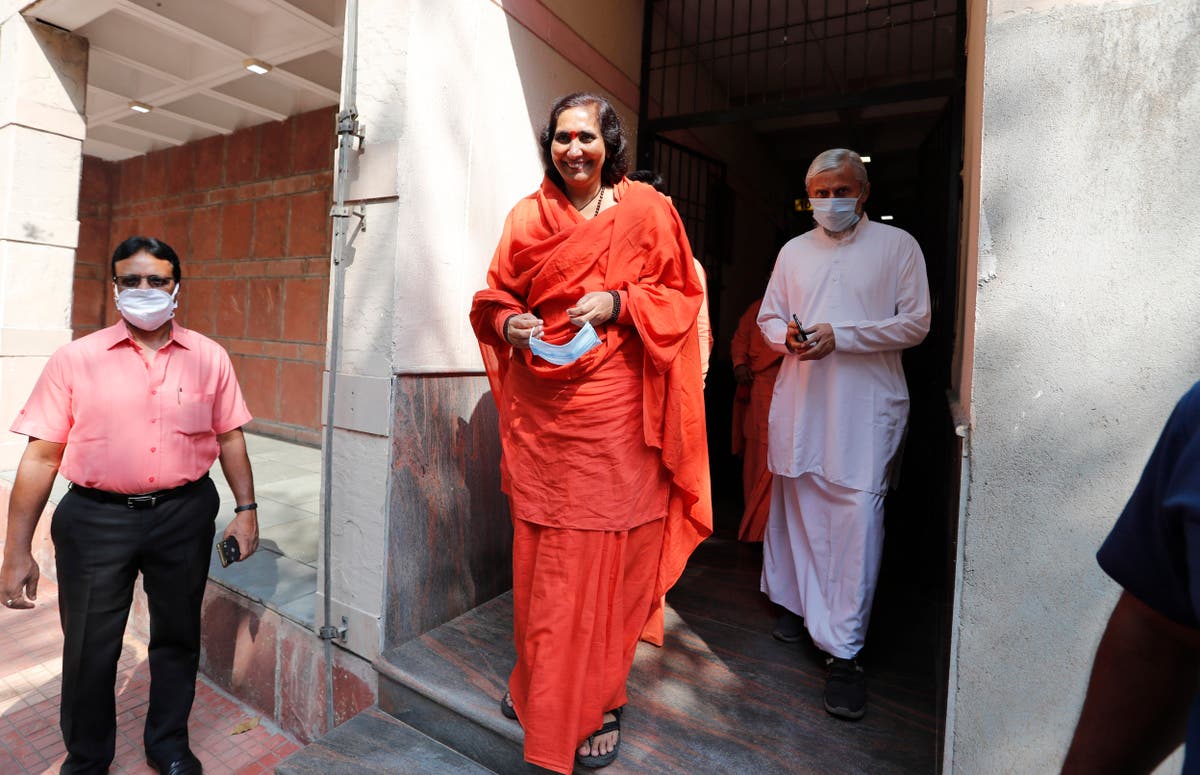 A church in New Jersey has cancelled a fundraising event featuring Hindu supremacist Sadhvi Rithambara following protests over her anti-minority stance in India.

The firebrand Hindu supremacist, who has been accused of repeated incidents of hate speech, was scheduled to speak on Saturday at the Old Paramus Reformed church in an event hosted by Param Shakti Peeth of America – an organisation associated with the far-right religious leader.

The event at the church building was cancelled by Reverend Robert Miller on Friday night after hearing from both critics and organisers, who described the event to be a “spiritual gathering”.

Advocacy groups, the Indian American Muslim Council (IAMC) and Hindus for Human Rights had called for the event to be cancelled and warned they would conduct protests if it went ahead.

Mr Miller said he had received over 600 letters to the church via an online action alert titled “reject hate, say no to Hindu nationalism in New Jersey” calling for the event to be called off.

The cancellation comes at a time when critics have accused India’s ruling right-wing Bharatiya Janata Party (BJP) of a crackdown on minorities.

“To invite such a divisive person to the country where people live in harmony is kind of sad, really,” said Shaheen Khateeb, one of the founding members of IAMC.

Known as Didi Maa to her followers, Ms Rithambara is the founder of the women’s wing of Vishwa Hindu Parishad (VHP), an umbrella group of Hindu outfits, and is an ally of prime minister Narendra Modi’s BJP.

The VHP was classified as a “religious militant organisation” by the US’s Central Intelligence Agency (CIA) in 2018.

She was one of the main suspects accused over the demolition of the 16th-century Babri Masjid mosque in India’s northern state of Uttar Pradesh in 1992, which triggered an outbreak of communal violence across the country killing nearly 2,000 people, mostly Muslims.

Ms Rithambara was one of the 32 people to be cleared of the charges by India’s Supreme Court in 2020 due to a lack of evidence.

The organisers of Saturday’s event described her as a “social reformer who helps underprivileged children and champions women’s rights”.

Narsinh Desai, a sponsor of the event, dismissed allegations of Ms Rithamabara being a religious extremist as “misinformation”. She talks about protecting the Hindu religion but not violence, he said, according to local daily North Jersey.

Critics, however, point to a history of speeches made by the religious leader that include statements targeting minority communities.

In 1995, India Today quoted Ms Rithambara threatening: “If a single choti (ponytail) or janeu (thread worn by upper-caste Hindus) is cut, Christians will be wiped out from the face of India.”

The Hindus for Human Rights group claimed that Ms Ritambhara’s hate speeches have been described as “the single most powerful instrument for whipping up anti-Muslim violence” in India.

Following the cancellation of the event, the IAMC announced they are calling off their protest. “Hindu extremist leaders like Ritambhara threaten peace in our communities,” said Mohammed Jawad, the group’s New Jersey president.

“New Jersey should never provide space to people who peddle the hateful ideology of Hindutva (Hindu supremacy) that is completely antithetical to the democratic values of the US.”

In August, over 100 people staged a protest outside a venue in Georgia, where the religious leader’s programmes were listed.

Earlier in 2010, New Jersey residents reportedly protested when she was scheduled to appear at a Hindu temple in Mahwah. Her event was moved to a different location.