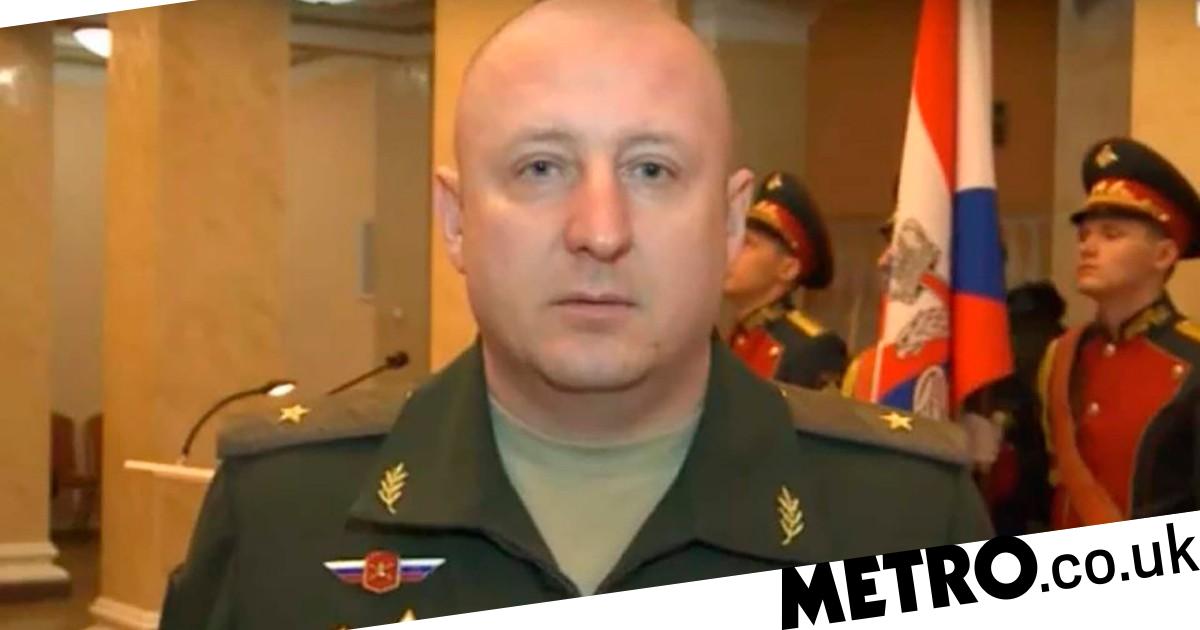 Vladimir Putin has sacked another top ranking general after just 16 days in the role, reports say.

The President is said to have fired Lieutenant General Roman Berdnikov following a stunning counter-attack by Ukraine, which says it has pushed invading forces back to the border in some areas.

The Ukrainians claim their surge in the east has seen them liberate ‘village after village’.

Panicked Russian troops are said to have abandoned tanks, weapons and supplies, with Ukrainians apparently finding meals left uneaten on tables after the rapid retreat.

Now General Berdnikov is thought to be among those to have taken the blame for the rout, which comes after months of stalemate in the grinding war, which began in February.

The Kremlin has not confirmed the claims, which come after separate reports had claimed he died in June. The apparent confusion appears to have arisen after the death of a similarly named General, called Roman Kutuzov.

Now Ukraine believes General Berdnikov, who served in Syria and was leading troops in the Donbas, has been cast aside, The Independent and MailOnline reports.

He is widely believed to be only the latest high ranking military official sacked amid the war.

Meanwhile, the Zaporizhzhia nuclear power station – Europe’s largest of its kind – has been completely shut down in an effort to avoid a Chernobyl-style catastrophe.

The plant in the Russia-occupied south has been at the centre of a series of dire warnings, with fighting raging nearby.

Hailing the progress in his region, Kharkiv governor region, Oleh Syniehubov: ‘In some areas of the front, our defenders reached the state border with the Russian Federation.’

Many of the military claims are difficult to verify, but international observers have been stunned at the apparent progress of the Ukrainians.

The British Ministry of Defence said: ‘In the face of Ukrainian advances, Russia has likely ordered the withdrawal of its troops from the entirety of occupied Kharkiv Oblast west of the Oskil River.

‘Ukraine has recaptured territory at least twice the size of Greater London.’

The MoD claimed the developments are likely to further weaken the trust Russian forces have in their commanders.

The buoyant mood in Ukraine was encapsulated by a defiant President Volodymyr Zelensky, who said on Sunday: ‘Do you still think you can intimidate, break us, force us to make concessions? Did you really not understand anything? Don’t understand who we are? What we stand for? What we are talking about?

‘Read my lips… Cold, hunger, darkness and thirst for us are not as scary and deadly as your “friendship” and brotherhood.

‘We will be with gas, lights, water and food… and without you.’

The comments came after retreating Russian forces attacked power stations and other infrastructure that knocked out electricity in many place across Ukraine.

But the authorities in Kyiv authorities said electric power and water supplies have been restored to some 80% in the Kharkiv region.

The general staff of the armed forces of Ukraine said its troops have liberated more than 20 settlements in the last day.

Ukraine had initially moved on the southern Kherson area – but that appears to have been a diversion before pouncing on depleted Russian lines in the north east beyond Kharkiv.

Even around Kherson, Russia is struggling to bring forces across the Dnipro River to stop the Ukrainian offensive there, the MoD said.

The Washington-based Institute for the Study of War said on Monday Russia likely lacks the reserve forces it needs to bolster its defences in Ukraine.

While the war will likely stretch into next year, the Institute believes ‘Ukraine has turned the tide of this war in its favour’ by effectively using Western-supplied weapons like the long-range Himars missile system and strong battlefield tactics.

Asked about the possibility of peace, the Kremlin said it sees no prospect or grounds for them.

It referred the question of possible Russian mobilisation to its defence ministry.

On the issue of whether Putin has confidence in his military leadership, the Russian Government added that the ‘special military operation’ would achieve its goals and said the President is in constant touch with his commanders.