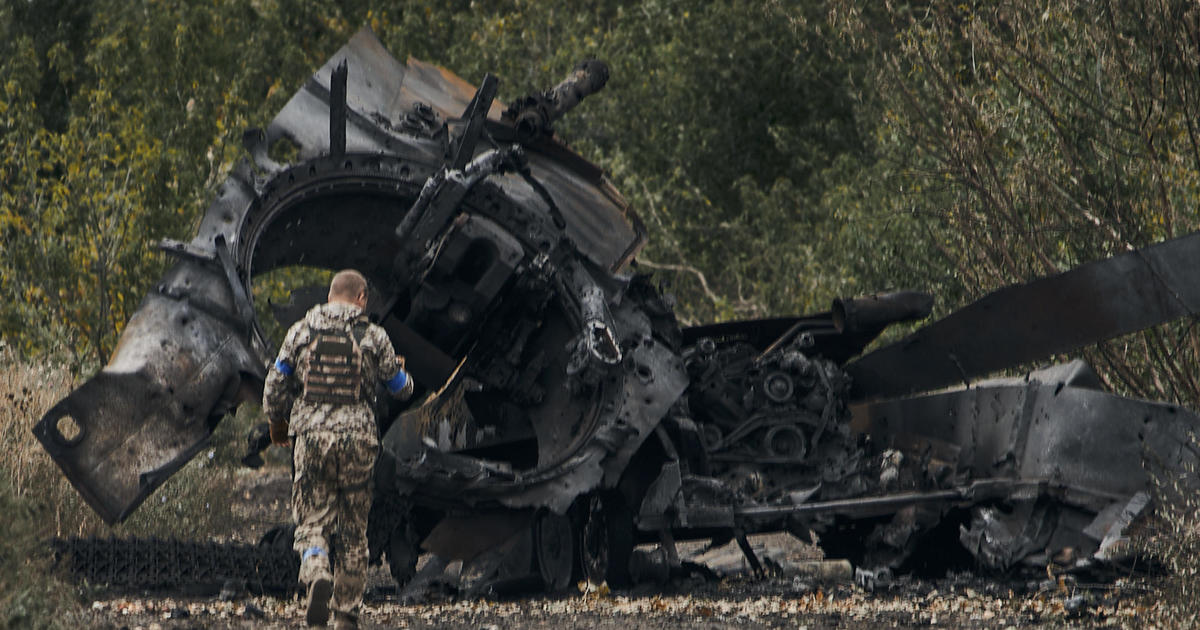 Kyiv — Ukrainian troops have made sweeping gains, raising their flag again in multiple towns and villages in the northeast of the country that were, until recently, occupied by Russia’s invading forces. The Ukrainian military says it’s reclaimed an area the size of Rhode Island since the beginning of September alone.

As CBS News correspondent Debora Patta reports, the Ukrainians’ recent battlefield successes around their country’s second largest city of Kharkiv have been among their most significant since they crushed the bid by Vladimir Putin’s military to seize capital Kyiv near the start of the war. Their counteroffensive, focused largely around Kharkiv, has already taken back about 1,000 square miles of the territory that Ukraine had lost since Putin launched his invasion on February 24.

Ukrainian forces have swept through the northeast at breath-taking speed, and as Patta reports, they’re being greeted like conquering heroes, with civilians rushing to offer flowers, embraces, and tears of joy.

Ukraine’s blue and yellow flag once again flies high in liberated towns and villages across the region, as the country’s advancing troops push north, just 30 miles from the Russian border.

It’s a humiliating defeat for Putin’s men as they’re forced to flee, abandoning key supply hubs like Kupyansk and Izyum as they go.

“The Russians were here,” said local resident Dmytro Hrushchenko. “Then they suddenly started shouting wildly and running away, charging off in their tanks.”

For those who’ve lived under Russia’s occupation, it has been more than half a year of hell.

“I was very scared all this time,” said Maria Hryhorora, another resident of a liberated town. “I can still see an image of a huge puddle of blood in front of my eyes.”

As the Russian troops fled, fearing they would be surrounded and captured, they left behind the usual trail of destruction, devastation — and the possibility of new crime scenes for police to investigate as they begin the now horribly familiar task of digging up the bodies of civilians allegedly killed by the invading forces.

As Moscow ordered its soldiers to withdraw from around Kharkiv — with the face-saving explanation that it was to reinforce the front line further to the southeast — they fired off a gruesome parting gift: A missile strike hit a thermal power plant that left the area under a partial blackout overnight.

Patta says that while Ukrainians have certainly been emboldened by the steady supply of Western military aid, nobody in the country is under the illusion that the war is going to be over quickly, and they say they need more heavy weapons to keep the momentum going.