He talks to plants, has a sports car that runs on ‘wine and cheese’ and was once nicknamed Action Man.
Charles Philip Arthur George Mountbatten-Windsor is now king of the United Kingdom and 14 other Commonwealth realms, including Australia. Barbados became a republic in November.

For years, as his mother Queen Elizabeth II’s reign showed little sign of ending, there had been speculation he should step aside in favour of his more popular son, William. But now, at age 73 and after waiting seven decades, Charles becomes the oldest person ever to ascend the British throne.

Leading the British Royal Family, he now represents an institution that is defined by tradition and sometimes accused of being out of touch with the modern world.

But King Charles III, although well past retirement age, is in some ways a “good fit” with modern society. He’s a long-time passionate and knowledgeable advocate for the environment, a keen supporter of young people through his charity The Prince’s Trust, and he’s a divorcee.

Born 14 November 1948, Charles was barely three when his grandfather, King George VI, died and his mother, Elizabeth, took the throne.

But from the time he was old enough to understand, Charles knew he would one day be king. Charles as a boy with his grandmother the Queen Mother at the Royal Lodge in Windsor in 1954. Credit: Lisa Sheridan/Getty Images

His upbringing was somewhat modern by royal standards – he was the first heir ever to attend school and university. Until Charles, members of the British Royal Family were privately tutored.

His main schooling was in London and rural Scotland but included two terms in Australia at Geelong Grammar’s Timbertop campus in 1966. He went to university at Trinity College, Cambridge, from which he graduated in 1970 after studying anthropology, archaeology, and history.

Soon after, he would meet the love of his life.

Camilla Shand had mixed in the same social circles as Charles, but the two had never formally met. They began a relationship, but in 1971, Charles entered military service, training as a jet pilot in the Royal Air Force and then serving in the Royal Navy.

Upon his return, he and Camilla reportedly broke off their relationship and in 1973 she would marry another man, British Army officer Andrew Parker Bowles. Charles and Camilla Parker-Bowles at a polo match circa 1972. Source: Getty / Hulton Deutsch/Corbis

Charles had a number of girlfriends and pursued a range of outdoor pursuits, including polo, fishing, fox hunting and skiing, earning the nickname ‘Action Man’ from the media.

He also developed strong and abiding interests in the environment, art and architecture. Then, in 1979, Charles met Diana Spencer – the girl described by friends as “a sort of wonderful English schoolgirl”.

Two years later, they wed at London’s Westminster Abbey in a traditional ceremony watched by an estimated television audience of 750 million people. He was 31, she was 19 and diving headfirst into the world Charles had lived since birth. Diana gave birth to the princes William and Harry in 1982 and 1984, but the royal marriage was already in acute difficulty. Charles was believed to have reunited with Camilla, and Diana would later admit her own affair with James Hewitt.

By 1993 came the news many had expected – the Prince and Princess of Wales were separating. They divorced in 1996.

Four years later, on 31 August 1997, the world stopped when Diana died in a car crash in a tunnel in Paris. Floral tributes and balloons in the gardens of Kensington Palace after the death of Princess Diana in August 1997. Credit: Princess Diana Archive/Getty Images

The crash also resulted in the deaths of her companion Dodi Fayed and the driver, Henri Paul.

Diana’s death rocked confidence in the royal family and led to Charles’s vilification. 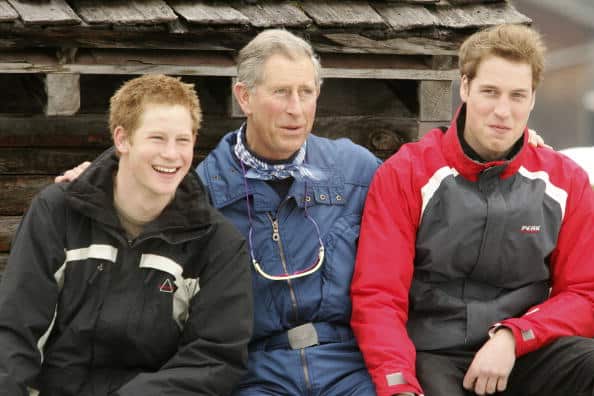 The tragedy would lead to him playing a more active role in the lives of his sons, and he buried himself in philanthropic work.

A champion of the environment

As prince, Charles was outspoken on environmental sustainability, education and young people.
Dedicated to plants and his garden, he revealed in 1986, and again in 2012, that he talks to plants. “I just come and talk to the plants, really. “Very important to talk to them, they respond,” he said.

“I happily talk to plants and trees and listen to them. I think it’s absolutely crucial.” In a BBC interview in October 2021, he said he was “deeply worried” about the future of the planet and bemoaned the over-exploitation of the earth’s resources.

In seeking to set an example, he had his Aston Martin DB6 sports car converted to run on biofuel made from ‘wine and cheese’ – wine unfit for human consumption and whey, a by-product of cheese making. He was also known to lobby the government, in private, on matters close to his heart.

His letters and memos to government ministers and politicians, nicknamed the Black Spider memos because of the nature of his handwriting scrawled on his typewritten notes, revealed an independent thinker who wasn’t afraid to promote his views on things such as the environment, education and architecture. Charles discusses the impact of climate change in Northern Canada and the importance of Indigenous-led initiatives in May 2022. Source: Getty / Pool/Getty Images

Although the memos were written in a private capacity, their revelation by The Guardian in 2015 caused some anxiety because of the tradition of monarchical neutrality.

“He will be a good king, he will be a dutiful king,” said Philip Benwell of the Australian Monarchist League.

“He has to abide by the rules and not speak on anything that may be controversial.”

Numbers of senior members in the British Royal Family have fallen lately, with Charles’ son Prince Harry moving to California and Charles’ brother Prince Andrew stepping back after a furore over his friendship with the convicted sex offender Jeffrey Epstein. ‘Charles chats to children as he visits Ross-on-Wye in England in 2019 to launch a festival. Credit: Anwar Hussein/WireImage

In the 2021 BBC interview, in response to a question about whether the British Government was doing enough to encourage investment in environmental solutions, Charles replied: “I couldn’t possibly comment.”

He told the BBC in another interview: “The idea somehow that I’m going to go on in exactly the same way, if I have to succeed, is complete nonsense,” he said. “I do realise that it is a separate exercise being sovereign.”
While he may now be far more restrained in expressing his views, observers will remain in little doubt about where his sympathies lie.

His symbolic support for environmental issues, for example, may remain a powerful influence.

In a 2018 ITV documentary on his mother, Charles spoke of the importance of duty.
“People don’t always understand about the concept of duty, ” he said.

“I think a lot of the time you have to be brought up to understand what it actually means. Minding about other people, minding about what happens in this country and the Commonwealth, and that’s the only way, all the masses of people who need to be encouraged and thanked.” Those “masses of people” have included people in Australia. Charles has visited here on a number of occasions, where his experiences have ranged from potentially serious to humorous.

He was on stage at Sydney’s Darling Harbour when a student armed with a starter’s pistol sought to rush the stage in protest against the treatment of Cambodian asylum seekers.

And he was a studio guest on ABC-TV music show Countdown when a taped interview went horribly and comically wrong for legendary host Ian “Molly” Meldrum.

Perhaps not the most assured television performer – Charles has occasionally been mocked for his understated delivery – he is said to be extremely charming in person and a master of the art of small talk, a skill honed across thousands of public appearances.

Charles will rule with Camilla by his side. The pair eventually married in 2005 with much less fanfare than his previous wedding. Charles and Camilla in Egypt in November 2021. Credit: Pool/Getty Images

His mother was widely well regarded, but as king in 2022, Charles inherits the task of keeping the British monarchy relevant.

Opinion polling by YouGov shows the prospect of Charles as monarch divides British public opinion almost equally.
In 2022, just under a third of respondents said he would not make a good king, while almost exactly the same proportion said he would.

By contrast, more than 80 per cent said the queen has done a fairly good or very good job.

Support for a republic in the UK has stood at around 15 per cent in the past two years.
“No one will reach the heights of respect, even adoration, that the Queen has,” Mr Benwell said.
“His main reasoning is to prepare the way for William.”
Belgium’s King Albert stood down in 2013, aged 79, in favour of his son, as did Juan Carlos I of Spain, the following year.
In his , Charles paid a heartfelt tribute to his late “darling mama” and vowed to serve as monarch with “loyalty, respect and love” as she had done.