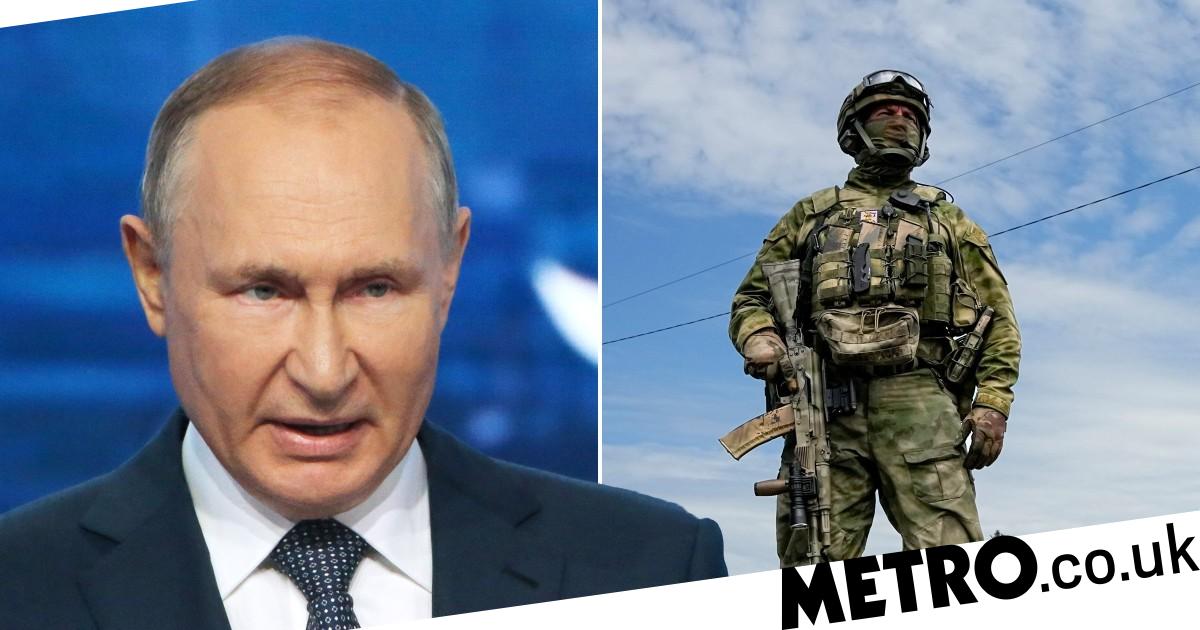 Russians claim Vladimir Putin was ‘set up’ in the weeks leading up to the invasion of Ukraine.

Kyiv has carried out a huge counteroffensive in recent days, forcing enemy troops to hastily withdraw from some areas.

Russian forces have been pushed right back to the north-eastern border.

The sudden momentum has lifted Ukrainian morale and provoked outrage in Moscow.

On state television, where pundits are usually steadfast in their loyalty to the Kremlin leader, debates have led to rare public criticism of Putin’s war.

‘People who convinced President Putin that the operation will be fast and effective … these people really set up all of us,’ he said.

‘Someone had to be telling him all this.’

Mr Nadezhdin went as far as to suggest peace talks should be held between Russia and Ukraine.

He added: ‘We’re now at the point here we have to understand that it’s absolutely impossible to defeat Ukraine using these resources and colonial war methods.

‘I’m suggesting peace talks about stopping the war, and moving on to dealing with political issues.’

Russia has continuously referred to the invasion as a ‘special military operation’.

Ramzan Kadyrov, the Moscow-backed leader of the region of Chechnya, has also publicly criticised the invasion.

He slammed the Russian Defence Ministry for what he called ‘mistakes’ leading up to the February invasion of Ukraine.

Despite the sudden success from Ukraine, major losses have still been sustained in recent days.

Kyiv’s presidential office said that at least four civilians were killed and 11 others were wounded in a series of Russian attacks in nine regions of the country on Monday.

Strikes in Kharkiv continued during daylight on Monday when a police station in the centre of the city was hit by a missile, setting part of it on fire and killing one person, regional police chief Volodymyr Tymoahko said.

Teams of firefighters battled flames licking the roof from the top floor as smoke billowed above the area.

In a reminder of the war’s toll, a council member in Izium – one of the areas that Russia said it has withdrawn troops from – accused those forces of killing civilians and other committing atrocities.

While the war likely will stretch into next year, the Washington-based Institute for the Study of War said on Monday that ‘Ukraine has turned the tide of this war in its favour’ by effectively using Western-supplied weapons like the long-range HIMARS missile system and strong battlefield tactics.

‘Kyiv will likely increasingly dictate the location and nature of the major fighting.’

The MoD, meanwhile, said it would likely further deteriorate the trust Russian forces have in their commanders and put Moscow’s troops on the back foot.

Some analysts praised Ukraine’s initial move on the southern Kherson area for drawing the attention of enemy troops there, before pouncing on more depleted Russian lines in the north-east.

Even around Kherson, Russia is struggling to bring forces across the Dnipro River to stop the Ukrainian offensive there, the British military said.