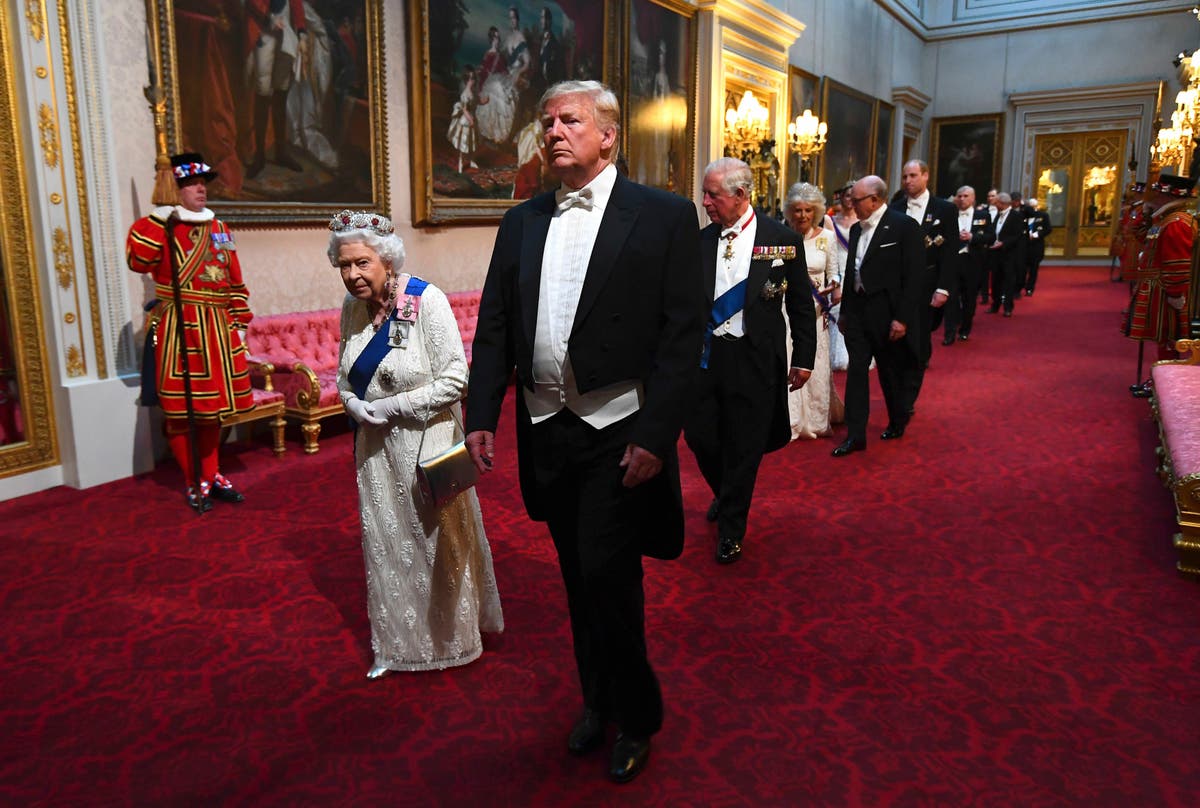 President Joe Biden will not be bringing his predecessor — or any other former president — to accompany him when he travels to London for the funeral of Queen Elizabeth II, the White House has said.

In response to a question on whether Mr Biden would invite Donald Trump or any of the three other living ex-presidents to join an official delegation to the late sovereign’s memorial service, White House Press Secretary Karine Jean-Pierre told reporters that the official invitation from His Majesty’s Government was extended only to the incumbent president and his spouse, First Lady Jill Biden.

Ms Jean-Pierre said the invitation was transmitted on Saturday as a diplomatic note from the protocol directorate of the UK foreign and commonwealth office, with Mr Biden accepting it a day later.

“The invitation was extended to the US government for the President and the First Lady only,” she said.

Foreign heads of state and their partners have been asked to arrive in the UK on commercial flights and have been told there will be no use of helicopters allowed to move them around London.

They have also been told that they will not be allowed to use official cars to attend the funeral on Monday 19 September but will instead be bussed to Westminster Abbey from a site in west London, according to Politico.

The late Queen’s seven decades on the throne spanned the terms of 14 US presidents, from the 33th — Harry S Truman — to Mr Biden, the 46th. Of those 14, the only one she did not meet in person was the 36th, Lyndon Johnson.

Following the announcement of the Queen’s death, Mr Trump, who was invited for a state visit to the UK in 2019, took to Truth Social to praise her “generous friendship, great wisdom, and wonderful sense of humor”, adding that she was a “beautiful lady”.

“Melania and I are deeply saddened to learn of the loss of Her Majesty Queen Elizabeth II. Together with our family and fellow Americans, we send our sincere condolences to the Royal Family and the people of the United Kingdom during this time of great sorrow and grief,” he wrote.

The former president continued: “Melania and I will always cherish our time together with the Queen, and never forget Her Majesty’s generous friendship, great wisdom, and wonderful sense of humor. What a grand and beautiful lady she was—there was nobody like her!”

The former president visited the UK on three occasions during his time in office. In July 2018 he met with the Queen and Prime Minister Theresa May, returning in June of the following year for an official state visit and the 75th anniversary of the D-Day landings.

In December 2019 he returned for a Nato summit and again met with the Queen.