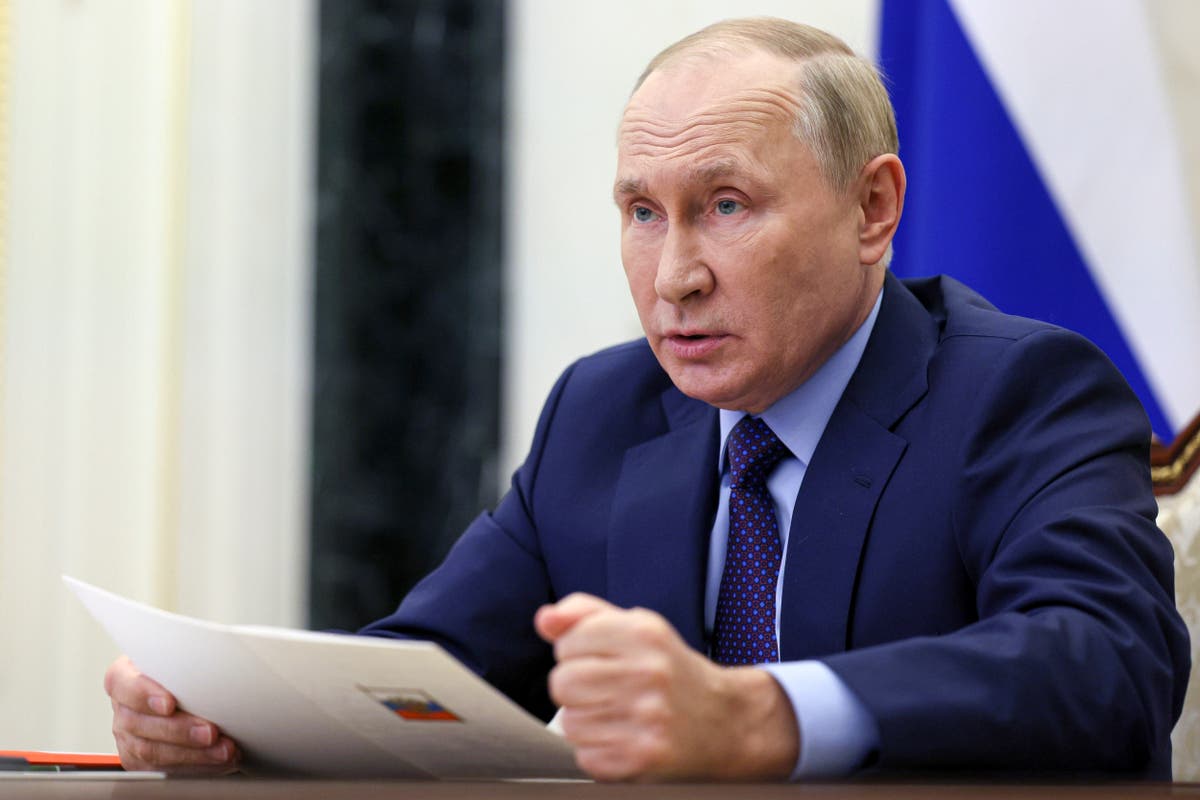 Angered by their country’s war in Ukraine, some Russian officials have taken the brave step of publicly calling for Vladimir Putin’s resignation.

District councils in the long-serving leader’s home city of St Petersburg are among those who have urged the country to oust the 69-year-old.

As Ukraine began a successful counterattack against Russian-occupied positions in the Kharkiv region, deputies from St Petersburg’s Smolninsky District issued a statement calling for Mr Putin to be tried for treason.

Dmitry Palyuga, one of the councillors, tweeted that the motion was supported by most of the district’s deputies.

“We believe that the decision made by president Putin to start the special military operation is detrimental to the security of Russia and its citizens,” he said.

Criticism of the Russian president has also crept up into the national state TV discourse.

In a rare show of defiance, Boris Nadezhdin, a former liberal politician, told a Gazprom-owned channel that Mr Putin had been misled into thinking Ukraine would capitulate if he invaded.

“We are now at the point where we have to understand that it’s absolutely impossible to defeat Ukraine using those resources and colonial methods with which Russia is trying to wage war,” he said.

Mr Nadezhdin said Russia’s reliance on mercenaries and its failure to mobilise its reserves meant the country would struggle against a Ukrainian army backed by European weapons.

“A strong army is opposing the Russian army,” he warned.

Although others have been more circumspect in their criticism, one Russian newspaper, the Nezavisimaya Gazeta, went as far as complaining that the Kremlin had not commented for several days about “extremely disturbing reports from Ukraine”.

On Monday, the Putin regime attempted to appear unconcerned by developments in northeastern Ukraine, where it is thought to have lost 3,000 square kilometers of territory in just five days. Moscow claims it simply ordered its troops to withdraw in order to “regroup”.

Dmitry Peskov, Mr Putin’s spokesperson, insisted Russia would continue with the conflict until it achieved its aims. “The special military operation continues. And it will continue until the goals that were originally set are achieved.”

The Russian president, however, did not address concerns about his soldiers’ performance when he chaired a televised meeting on the economy on Monday.