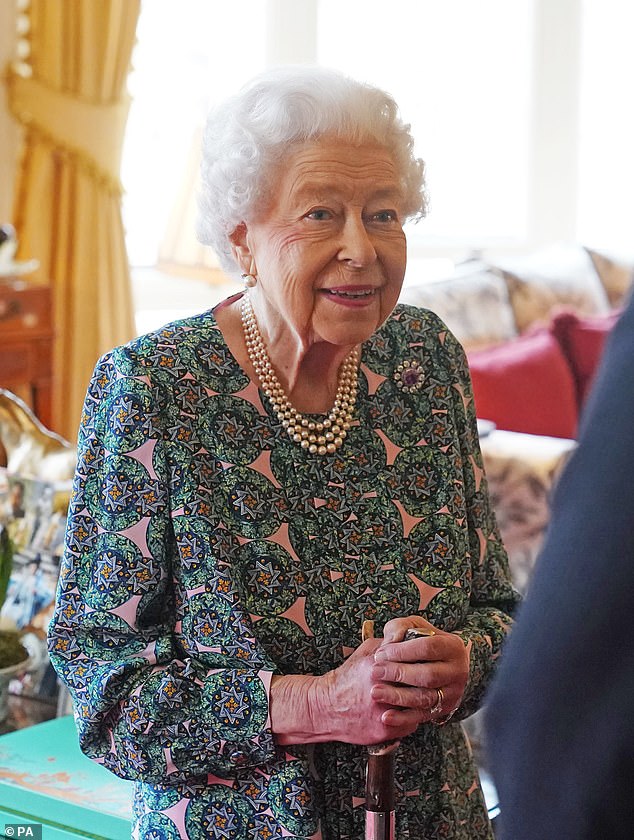 Iranian state-run TV has called the Queen ‘one of the greatest criminals in the history of mankind’ and even compared her to Adolf Hitler in a series of shocking rants.

While the world is in mourning for one of the most beloved figures in modern history, the authoritarian regime claimed the passing of the monarch is ‘good news for the world’s oppressed people’ and said her legacy is ‘full of crime, abomination and filth.’

But Iran’s foreign ministry has not commented on her death or the ascension to the throne of King Charles III, and its government-linked TV channels have been spreading vile remarks about her legacy.

On Iran’s Channel 1 network, scholar Foad Izadi of Tehran University said, in comments translated by the Middle East Research Institution: ‘Perhaps, in light of her 70 years on the throne, she should be included in the same list with Hitler.

‘From a certain perspective, we should be sad that this person died because she died without standing trial, without being punished, and without paying for her crimes.’

In an English-language broadcast on government network PressTV, he added: ‘The queen is a famous imperialist, colonialist, war criminal, aggression of the British army throughout the world is done under her name.

‘So we have just a handful of people who have engaged in so many atrocities in the last century: Hitler, for example, some American presidents belong to that list, and Queen Elizabeth that oversaw the end of the British empire.

‘The number of people that have been killed are in the millions and the queen is responsible for that. Justice was not delivered to one of the most vicious individuals of that last century.’ 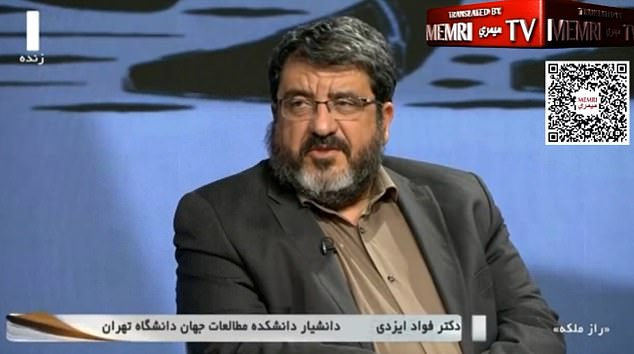 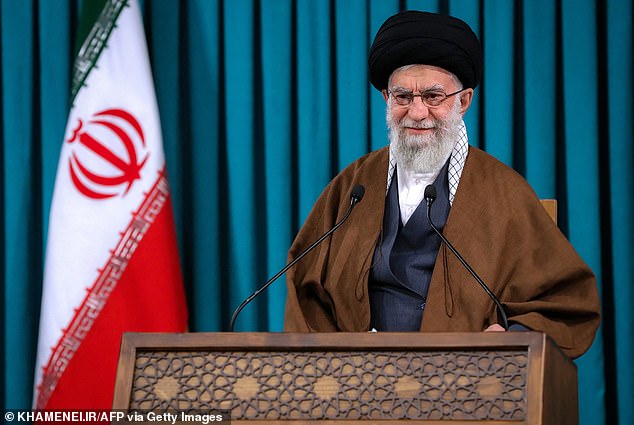 Iran’s foreign ministry has not commented on her death or the ascension to the throne of King Charles III. PIctured: Supreme Leader Ayatollah Ali Khamenei

PressTV’s website also posted a commentary online blasting the Queen for presiding over a ‘colonial reign’ which ‘inflicted excruciating suffering on millions across the world’.

They blamed her for Iran not having sovereignty over Bahrain and the deadly crackdown on protesters against the Iranian regime in 2009.

The website claimed demonstrators had been indoctrinated by the Queen and the BBC to demand free and fair elections and call for the end of the theocratic regime.

While there has been some backlash to the monarchy, the vast majority of the outpouring of emotion for the Queen has been mournful and sombre, focussing on how she has steered Britain through the past seven decades of social upheaval.

Unlike many countries with wall-to-wall coverage, state television in the Islamic republic reported the bare minimum on the death Thursday of the world’s longest reigning monarch, with just a brief announcement along with archive footage and photographs.

Haniyeh, a student, told AFP she had learned of the queen’s death from social media. 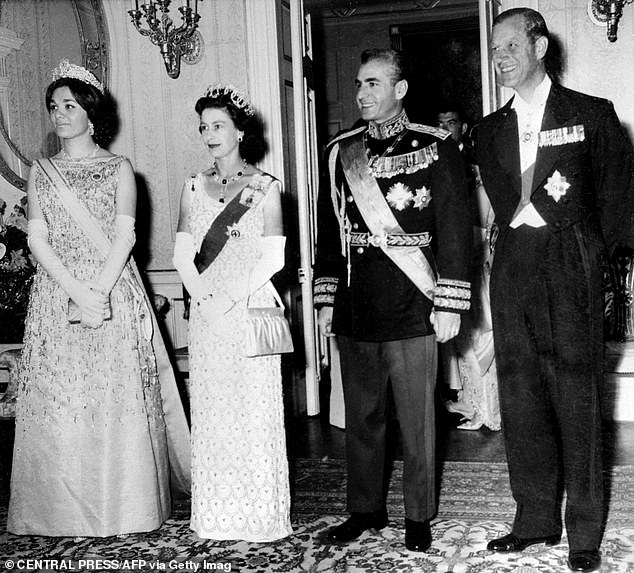 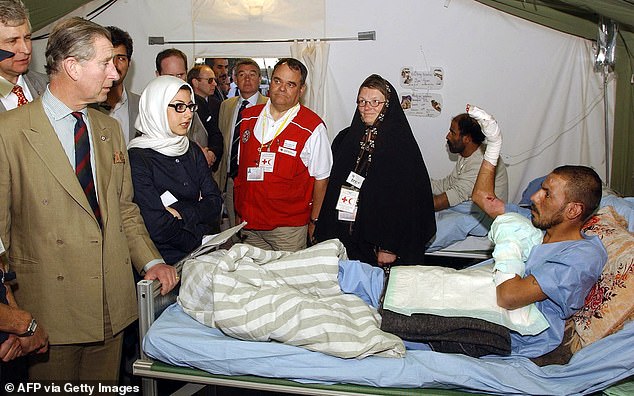 ‘I saw the news of her death on Instagram. I felt nothing, and frankly I couldn’t care less,’ she said.

Broadcasters around the world interrupted normal programming to announce her death, but young north Tehran market trader Faraz said he hadn’t even heard of her.

‘I don’t have a television at home and I’ve no interest in politics. I didn’t know her,’ he said.

Many Iranians are interested in politics, both domestic and international. But most remain indifferent to the world’s royal families ever since the Islamic revolution of 1979 toppled the country’s own monarchy.

Faezeh, a 26-year-old nurse, told AFP: ‘I knew nothing about her, and her death means nothing to me.’

Queen Elizabeth visited Iran in 1961, staying in the magnificent Golestan Palace in Tehran. She also visited Isfahan, Shiraz and Persepolis, accompanied by Farah Pahlavi, the then empress.

King Charles III visited Iran on a humanitarian mission following the devastating 2003 earthquake in Bam in the southeast that cost tens of thousands of lives.

British and Soviet forces invaded Iran in 1941 to secure British oilfields at Abadan. 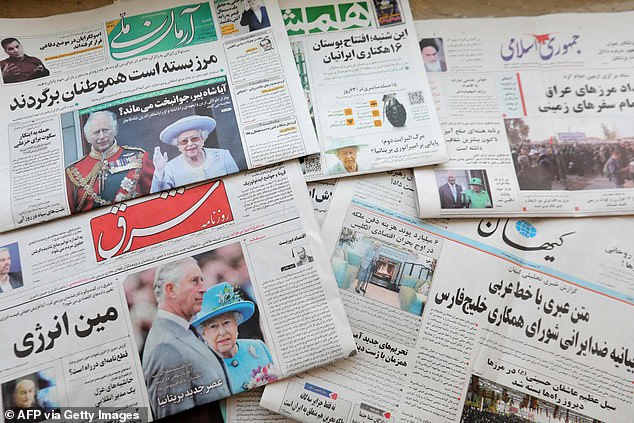 Tehran has avoided official comment on the death of Queen Elizabeth II, but some Iranians expressed outright hostility

During the occupation, the pro-Axis Shah Reza Pahlavi was forced into exile and replaced by his young son Mohammad Reza Pahlavi.

Britain also supported Pahlavi’s army during the 1946 crushing of the Kurdish republic of Mahabad.

But what Iranians remember most is the overthrow in August 1953 by the British and American secret services of prime minister Mohammad Mossadegh who had nationalised the oil industry.

‘Queen Elizabeth II was one of those who orchestrated the coup that overthrew Dr Mossadegh’s government’ to restore the shah, wrote Twitter user Helma.

‘Don’t make a saint of the queen of England,’ he wrote.

‘Among her crimes were helping Iraq’s Baathist regime against Iran (in the 1980-1988 war), the coup against Mossadegh, the killing of Princess Diana, helping the US attack Afghanistan and Iraq in 2001 and 2003, and murdering the people of Northern Ireland.’

However, a passage in the recent book ‘The Secret Royals’ by Richard J. Aldrich and Rory Cormac gives a rather different view.

The authors write that the late queen ‘considered the shah a crushing bore and hated his company as he only talked of administrative matters’.

But they also say that in 1979 after the Islamic revolution she was ‘angry about letting the shah down’ when the government in London baulked at suggestions that he be offered asylum in Britain.

However, Britain’s royals were remembered by supporters of Mohammad Khatami, Iran’s fifth president between 1997 and 2005.

The ‘@Khatamy’ Instagram account, with nearly a million followers, shared photographs of the queen, as well as pictures of her son Charles with Khatami.

Khatami, considered a moderate in Iranian politics, had said the English should be appreciated for ‘having established democracy’.