Humanity is “going in the wrong direction” on climate change due to its addiction to fossil fuels, the UN said on Tuesday in an assessment showing that planet-warming emissions are higher than before the pandemic.
The UN’s World Meteorological Organization and its Environment Programme warned catastrophes will become commonplace should the world economy fail to decarbonise in line with what science says is needed to prevent the worst impacts of global heating.

They pointed to Pakistan’s monumental floods and China’s crop-withering heatwave this year as examples of what to expect.

“Floods, droughts, heatwaves, extreme storms and wildfires are going from bad to worse, breaking records with alarming frequency,” said UN Secretary-General Antonio Guterres.
The UN warned last month that the drought gripping the Horn of Africa and threatening millions with acute food shortages was now likely to extend into a fifth year.

“There is nothing natural about the new scale of these disasters. They are the price of humanity’s fossil fuel addiction,” said Mr Guterres.

The UN’s United in Science report underscores how, nearly three years since COVID-19 handed governments a unique opportunity to reassess how to power their economies, countries are ploughing ahead with pollution as normal.

It found that after an unprecedented 5.4 per cent fall in emissions in 2020 due to lockdowns and travel restrictions, preliminary data from January-May this year shows global CO2 emissions are 1.2 per cent higher than before COVID-19.

This is largely down to large year-on-year increases in the United States, India, and most European countries, the assessment found.
“The science is unequivocal: we are going in the wrong direction,” said WMO Secretary-General Petteri Taalas.

“Greenhouse gas concentrations are continuing to rise, reaching new record highs. Fossil fuel emission rates are now above pre-pandemic levels. The past seven years were the warmest on record.” 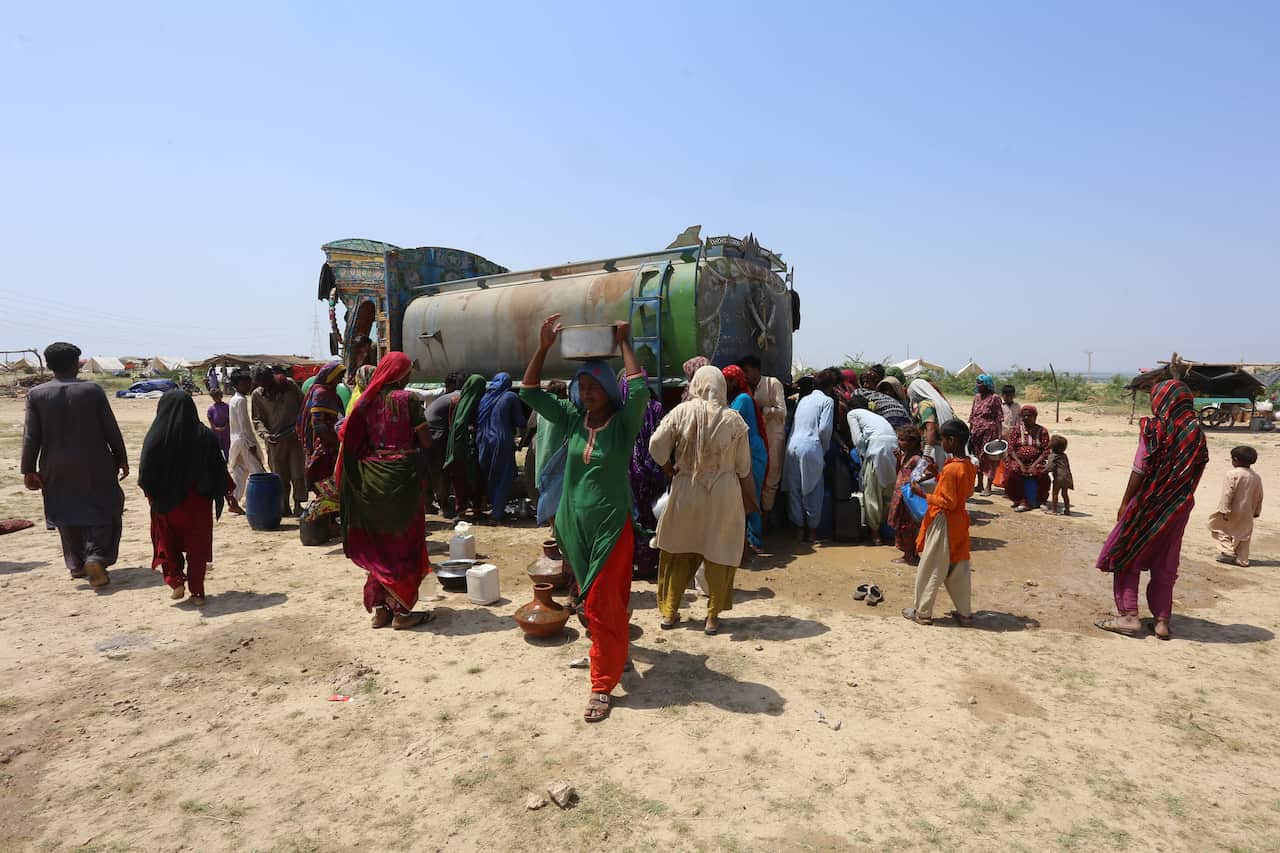 Last week the European Union’s Copernicus climate monitor said that summer 2022 was the hottest in Europe and one of the hottest globally since records began in the 1970s.
Tuesday’s report said there was a 93 per cent chance that the record for the hottest year globally — currently, 2016 — will be broken within five years.

It warned the continued use of fossil fuels meant the chance of the annual mean global temperature temporarily exceeding 1.5 degrees Celsius above pre-industrial levels in one of the next five years was roughly even (48 per cent).

Keeping longer term temperatures below 1.5C is the most ambitious goal of the 2015 Paris Agreement.
Despite more than three decades of UN-lead negotiations, rich polluters show little sign of being willing to make the kind of swingeing emissions cuts that would keep the 1.5C goal in play.

The UN’s Environment Programme, in an update to its annual “emissions gap” assessment following new pledges made at last November’s COP26 summit in Glasgow, said Tuesday that even these promises were far from adequate.

In fact, it said the ambition even in countries’ most recent pledges would need to be four times greater to limit warming to 2C, and seven times higher to make 1.5C.
All told, current worldwide climate policies put Earth on course to warm 2.8C by 2100, UNEP said.

“Yet each year we double-down on this fossil fuel addiction, even as the symptoms get rapidly worse,” he said in a video message.
Tasneem Essop, executive director of Climate Action Network, said that the forthcoming COP27 climate conference in Egypt needed leaders to agree to new funding to help communities in at-risk nations rebuild after extreme events.

“The terrifying picture painted by the United in Science report is already a lived reality for millions of people facing recurring climate disasters,” she said.