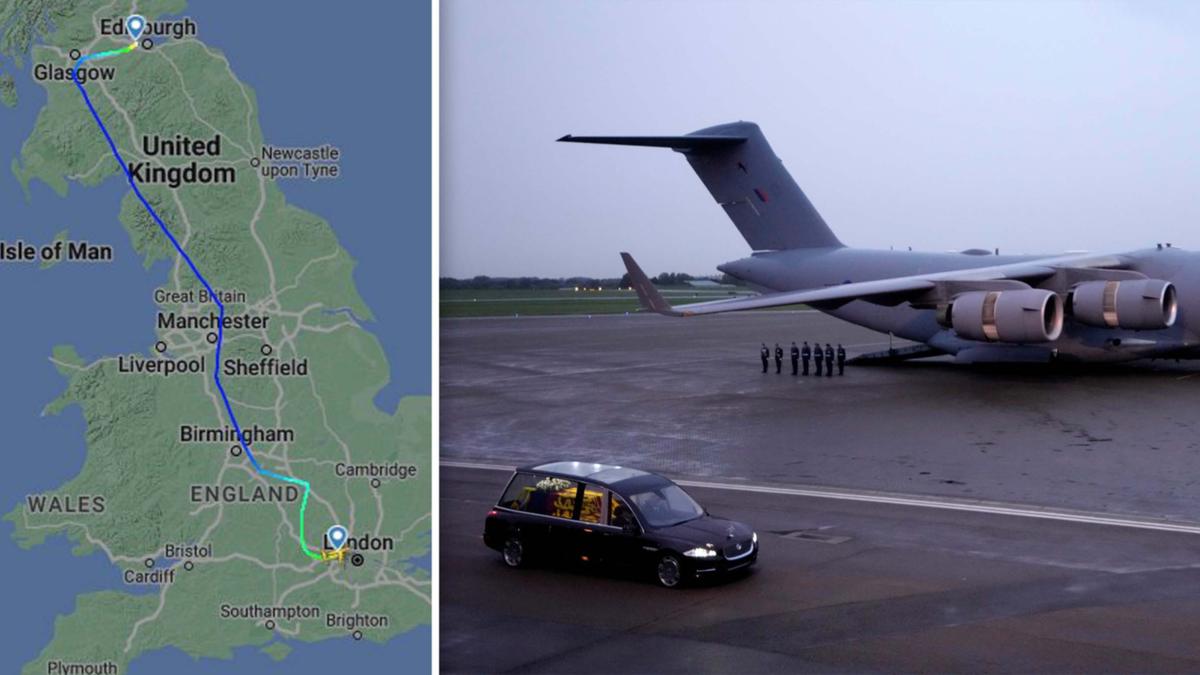 More than five million people viewed Queen Elizabeth’s final flight online, as the journey carrying the late monarch’s body from Edinburgh to London became the most tracked flight in history.

The company said an unprecedented six million people tried to follow the flight within the first minute of the Boeing C17A Globemaster turning on its transponder at Edinburgh’s airport, affecting the stability of the platform.

Those stability issues were reported elsewhere as website crashes, as people jumped on to watch Her Majesty’s final flight.

“Seventy years after her first flight as Queen aboard the BOAC Argonaut ‘Atalanta’, Queen Elizabeth II’s final flight is the most tracked flight in Flightradar24 history,” Flightradar24’s director of communications said in an email.

Flightradar24 said the flight was more than twice the previous record of 2.2 million – when US House Speaker Nancy Pelosi flew on a controversial visit to Taiwan in August.

The Queen’s coffin was taken to Edinburgh for a series of poignant ceremonies.

It was flown to London and taken to Buckingham Palace, where Charles and all the senior members of the royal family have gathered – the first time they have all been together since the monarch died.

“It has been an honour and a privilege to accompany her on her final journeys,” said Princess Anne, 72, who flew down from Scotland alongside her mother’s coffin.

“Witnessing the love and respect shown by so many on these journeys has been both humbling and uplifting.”

The Queen’s death, at the age of 96, has plunged the nation into mourning for a monarch who had reigned for 70 years.

Tens of thousands of people lined the streets of London in driving rain to watch as the oak coffin, covered by the Royal Standard flag, was taken by hearse from an air force base to the palace.

Inside the palace to receive it were her children, grandchildren and their spouses, along with the children of Elizabeth’s late sister Margaret.

The coffin was taken overnight to the Bow Room where a rota of chaplains will keep watch over it.