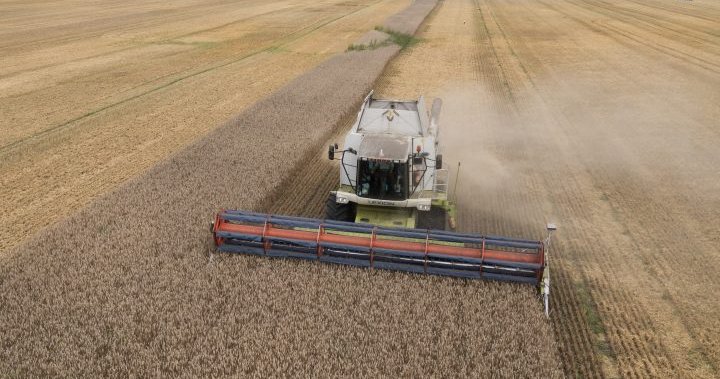 Food exports from Ukraine and Russia have increased since a July 22 grain deal, but critically needed fertilizer exports from Russia are still down despite being covered by the agreement, with financing and shipping still issues, the United Nations said Tuesday.

U.N. trade chief Rebeca Grynspan, who leads the team trying to facilitate unimpeded global access to Russian food and fertilizer, said Russia reported a 12 per cent increase in food exports from June to July. But while there has been “important progress,” the U.N. is concerned about fertilizer exports needed by October and November, the latest for the northern hemisphere planting season, she said.

Fertilizers now are three times the price they were before the COVID-19 pandemic hit in early 2020, Grynspan said, adding that “the crisis of affordability that we have now will be a catastrophic crisis if we don’t solve the problem of fertilizer.”

As an example, she said the sowing season for new crops in West Africa is over and planting was down by a very high percentage because of fertilizer costs.

Grynspan told a U.N. press conference by video from Geneva that the U.N. Food and Agriculture Organization reported that food prices declined globally in August for the fifth straight month. But she expressed concern that this decrease has not been seen in domestic markets, and developing countries especially are still struggling with high food prices as well as inflation, currency devaluations and interest rate hikes.

With grain prices dropping, Abdulla said, the U.N. has seen that people who had been hoarding grain to sell at high prices are now putting it on the market in one or two countries. “Hopefully that will bring some of those local prices down” he said by video from Istanbul.

3:37
Ukrainian armed forces have a ‘shift in momentum’ after counter-offensive: White House

Ukrainian armed forces have a ‘shift in momentum’ after counter-offensive: White House

On July 22, Russia and Ukraine signed separate agreements with Turkey and the United Nations clearing the way for the export of desperately needed grain and fertilizer, ending a wartime standoff that threatened food security around the globe. The deal expires in November after 120 days and can be renewed.

Abdulla said the U.N. has “very positive messages from Turkey” that they want grain shipments to continue, “and we are hoping that with their influence, with U.N. mediation efforts ? it won’t really be a matter for discussion.”

Ukraine was one of the world’s largest exporters of wheat, corn and sunflower oil, but Russia’s Feb. 24 invasion of the country and naval blockade of its ports had halted shipments.

Some Ukrainian grain is transported through Europe by rail, road and river, but the prices of vital commodities such as wheat and barley had soared before the grain deal, which U.N. Secretary-General Antonio Guterres called an unprecedented agreement between two parties engaged in a bloody conflict.

Although international sanctions against Russia did not target food and fertilizer exports, the war has disrupted shipments of Russian products because shipping and insurance companies did not want to deal with Russia.

Grynspan, who is secretary general of the U.N. Conference on Trade and Development, said there were “doubts” about U.S. and European Union sanctions and the U.N. has been providing clarifications that food and fertilizers have no sanctions so ships can carry them, insurance can be provided, banks can make transactions, and the vessels can go to European ports.

This involves dealing with the private sector, where the Russian invasion and sanctions had “a chilling effect,” she said, “so this is not like one stroke will solve all the problems.”

Grynspan said the U.N. is undertaking “all efforts” to enable Russian exports of ammonia, a key ingredient of fertilizers, to get to world markets.

She was asked to respond to Russian President Vladimir Putin’s statement last week that Russian fertilizers could get to European ports but not to markets in Africa, Asia and Latin America and replied that in the beginning export issues had not been clear. But she said the EU issued a clarification on Aug. 10 and the U.N. is trying to clarify any further questions.

On the issue of insurance, Abulla said war risk insurance has dropped from 2-3% of the value of the hull of the vessel to 0.5% of hull value because the operation of the shipping corridor from the three Black Sea ports has been effective.

But Grynspan said the normal price is about 0.05% so it’s still very high for the insurance market, and costs need to come down to bring food prices down further.