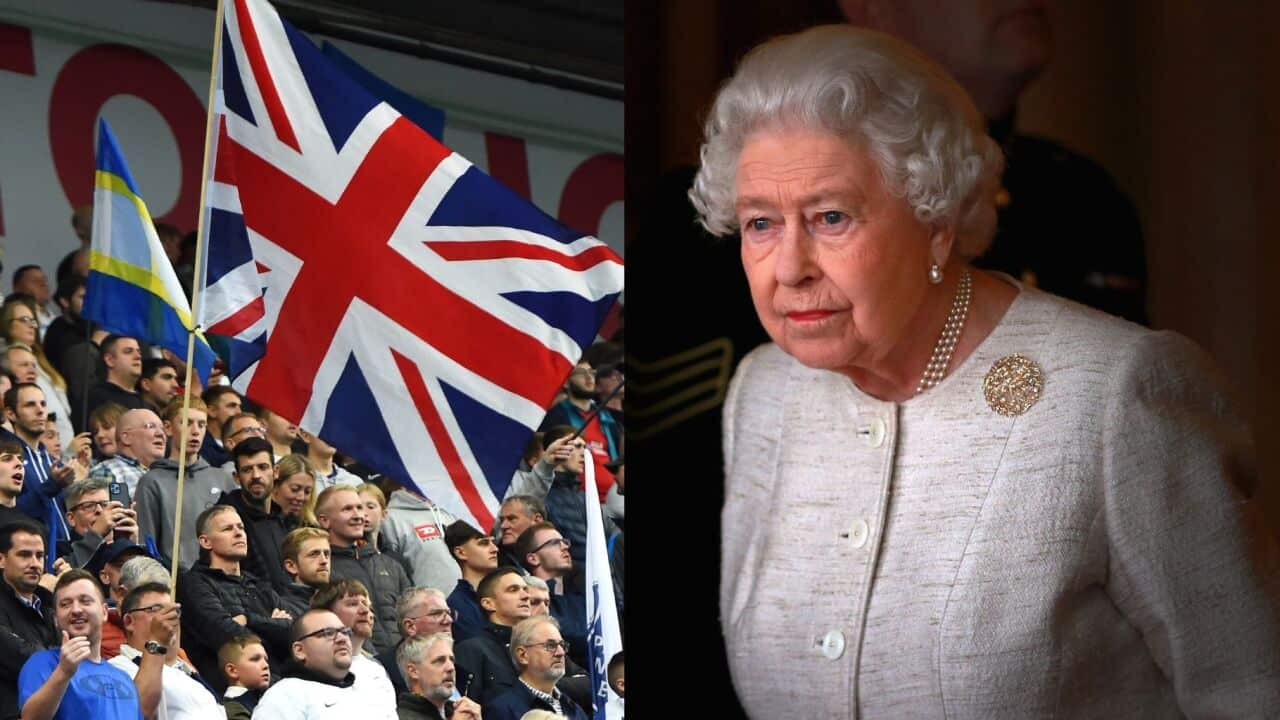 A football club in England has banned one of its supporters for life after they posted a tweet about the death of Queen Elizabeth II that “crossed the boundary of acceptability”.
The United Kingdom has been in mourning this week after the Queen’s death was announced on Thursday evening.
But one supporter of Preston North End Football Club, a second tier club located in Lancashire, north west England, experienced consequences for expressing views about the Queen.

The fan was banned last week over several Twitter posts written after the club tweeted a photo of the Queen saying it would be joining the nation in mourning.

“Everyone at Preston North End is saddened by the news and our thoughts are with the Royal Family at this sad and unprecedented time,” the club tweeted.
Soon after the fan posted: “Will I be ejected from the stadium if I boo during a minutes silence for the death of the queen?” tagging the club using the hashtag #pnefc.
According to The Guardian, a deleted tweet also said that the optimal way for the week to end would be for the royal family to all die on their way to the Queen’s funeral.

In a statement to The Guardian the club said it respected every individual’s right to free speech and personal opinions but added the tweets crossed a boundary. 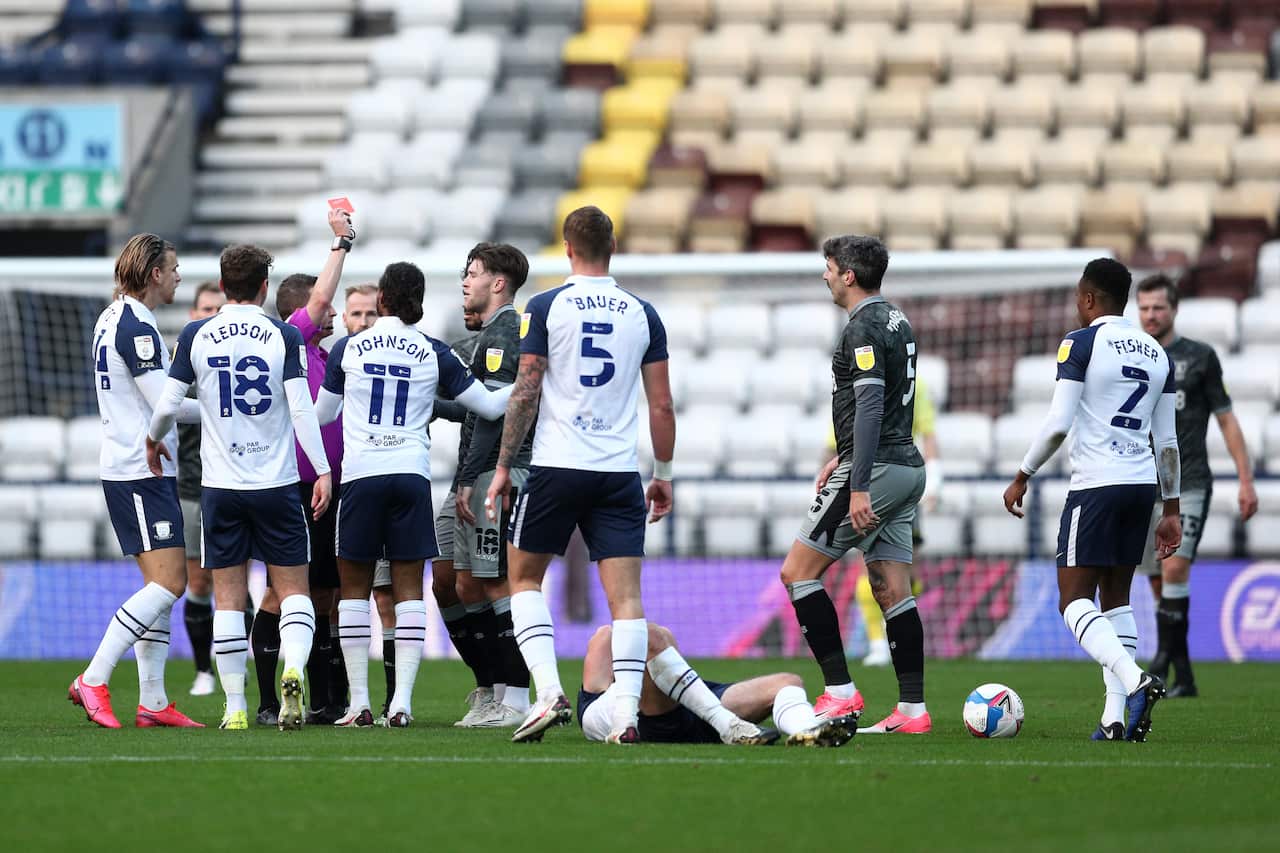 A match between Preston North End (in blue and white) and Sheffield in November 2020 in Preston, England. Source: Getty / Jan Kruger

“In this specific case a series of tweets were put into the public domain and by association linked to this football club,” the statement said.

“One specific tweet, which has since been deleted, crossed the boundary of acceptability and by associating us as a club a stadium ban was issued.”
The fan tweeted an image of the letter they received from the club, which stated they would be receiving a life ban. Their season ticket and club account were both blocked from use.
The fan didn’t think the tweets warranted a ban.
“So because my views don’t line up with theirs I deserve a ban? That seems a bit strange to me,” the fan tweeted.

“What about if I don’t vote the same as them in the next election? Is that ban worthy?

I don’t like the royal family, that’s not worthy of a ban.” 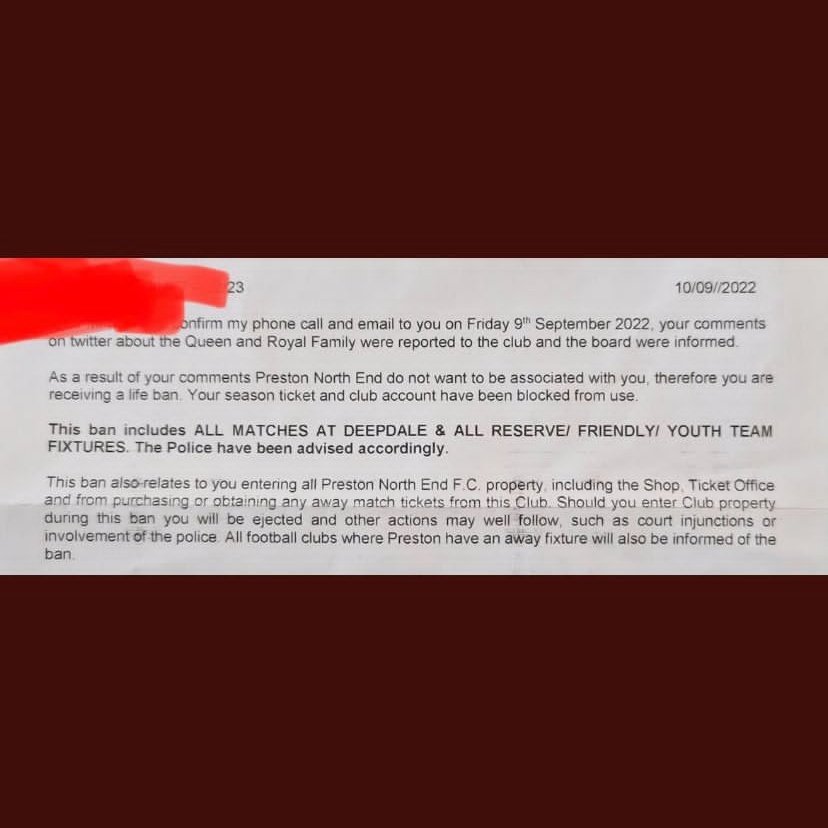 The letter a supporter of Preston North End received informing them of a life ban after the fan made disparaging comments on Twitter about the death of Queen Elizabeth II. Source: Twitter

UK sporting clubs are not the only ones coming down hard on people disparaging the Queen.

In Australia, the NRL banned Newcastle NRLW player Caitlin Moran for one match, after she posted on social media post following the Queen’s death.
Moran created headlines last week over the comments which appeared to celebrate the Queen’s death, in the hours after the news broke on Friday.
The post was eventually deleted after about eight hours, but screenshots of it have been viewed by the NRL’s integrity unit.
The NRL announced on Tuesday they planned on banning Moran for one match, which equates to one-fifth of the NRLW season.
The former Jillaroos back becomes the first women’s player to be banned for an off-field matter in the NRLW’s history.

The Indigenous star also received a suspended fine of 25 per cent of her pay and will be forced to undergo education and training around the appropriate use of social media. 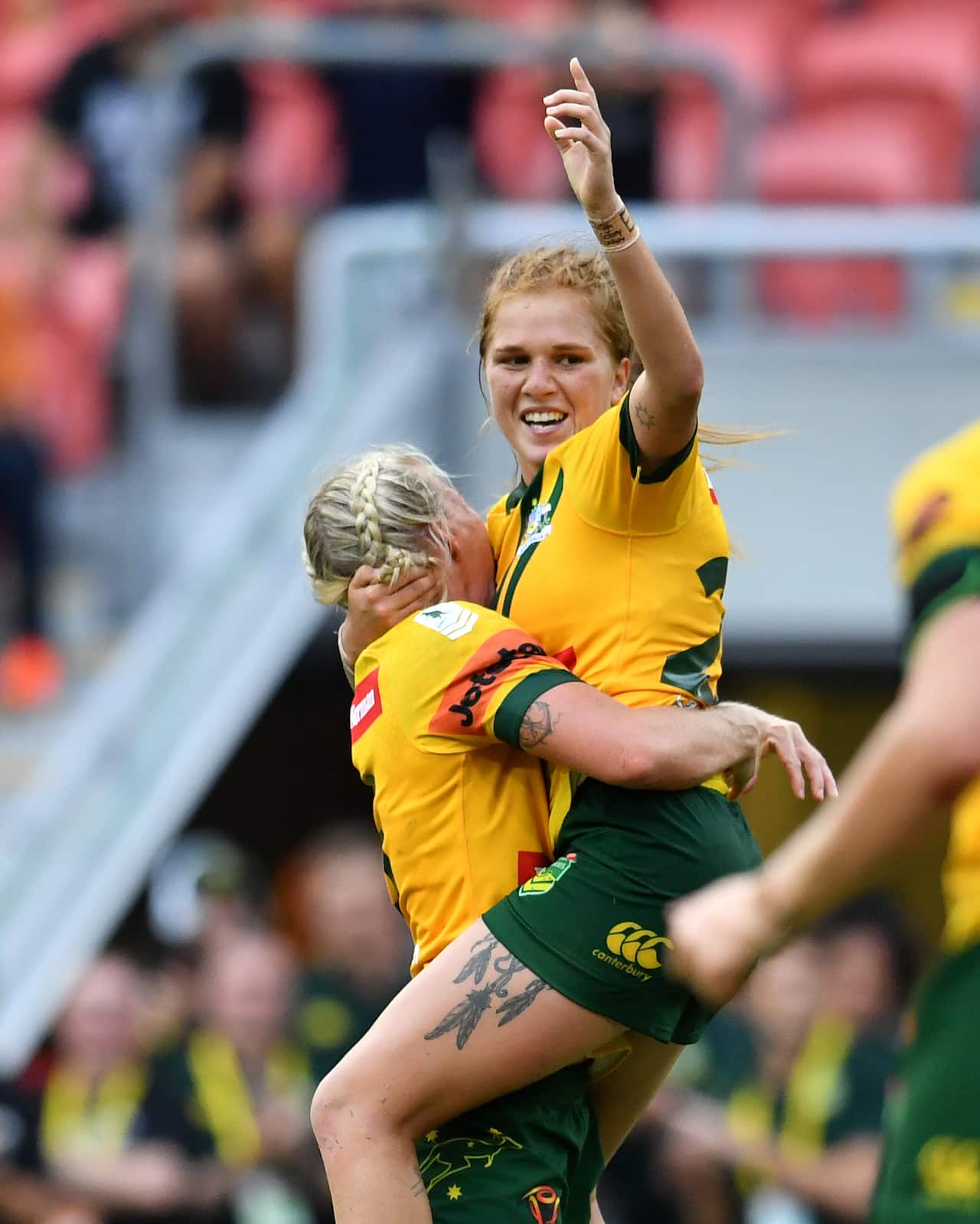 It comes after Knights coach Ronald Griffiths came to the defence of his fullback after the Knights’ loss to the Sydney Roosters on Sunday.

“The relationship between Indigenous people and the monarchy is a complicated one,” Griffiths said.
“If Caitlin has done something then it will be investigated by the Integrity Unit and we’ll work our way through the process.”
However the NRL said the comments were unacceptable, no matter the circumstances.
“Rugby League is an inclusive game and has a proud and strong relationship with many communities,” the league said in a statement.
“Regardless of any personal views, all players and officials must adhere to the professional standards expected of them and on this occasion the public comments made by the player have caused damage to the game.”
Moran was not named by the Knights for their final-round clash with St George Illawarra, with Tamika Upton returning at fullback.

The 25-year-old has until next Tuesday to decide whether to accept the finding.