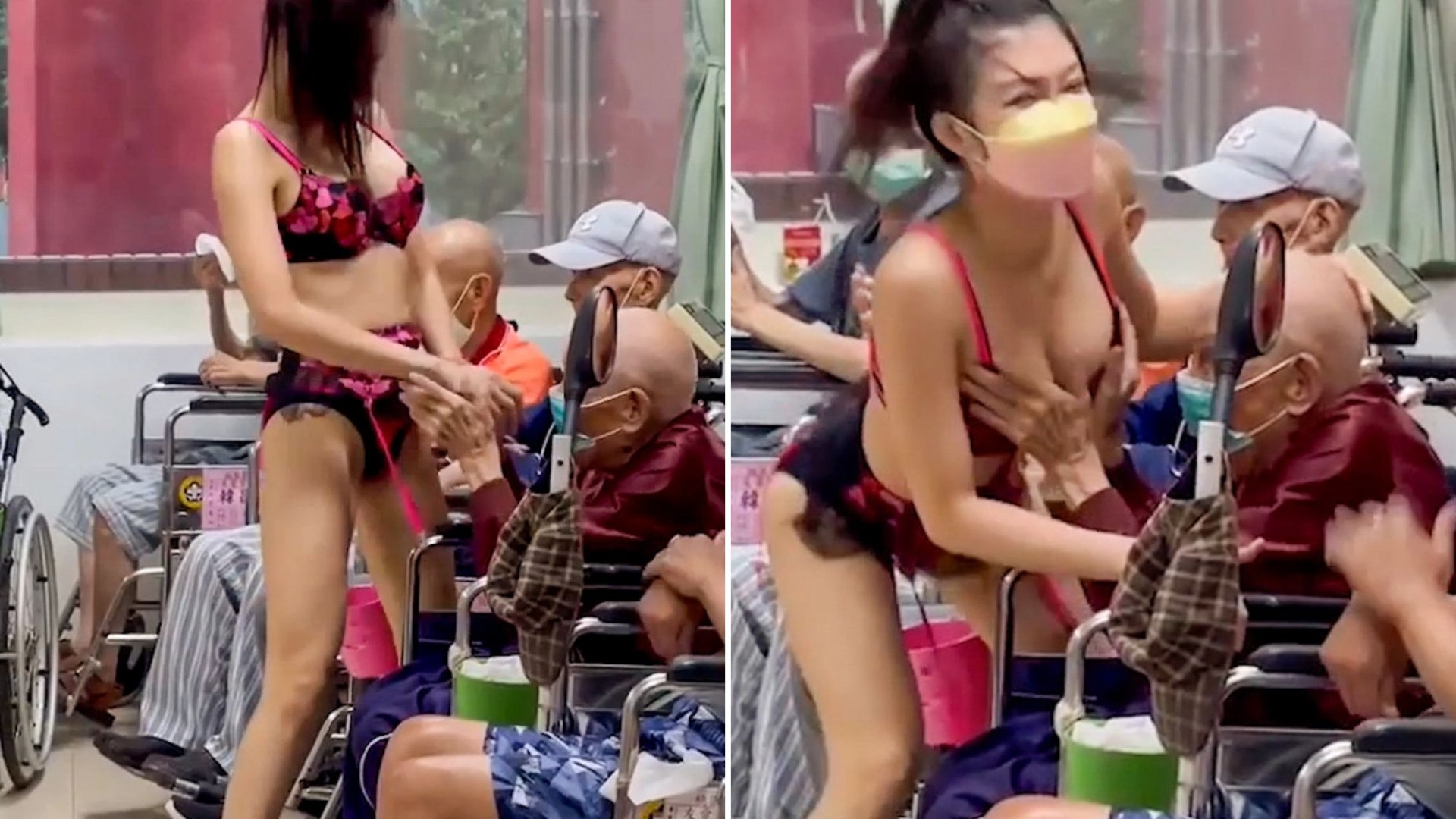 A NURSING home has been forced to apologise after hiring a half-naked stripper to put on a raunchy display for its OAPs.

The Taoyuan Veterans Home, a state-run facility in Taiwan for retired army personnel, paid for the dancer to entertain 12 wheelchair-bound seniors.

In a clip, the woman dressed in sparkly red and black lingerie and heels can be seen gyrating along to the music as the thrilled pensioners clap to the beat.

Staff appear to film and even cheer on the stripper as she gives one lucky resident a lap dance.

She is seen spreading her legs before allowing the enthusiastic grandad to touch her breasts and crotch.

However, the facility faced fierce backlash over the footage and was forced to apologise for the steamy care home party. 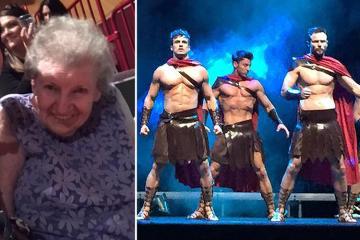 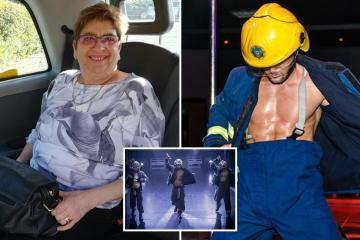 They said they wanted to raise spirits after two previous Mid-Autumn Festival celebrations had been cancelled due to the flu pandemic.

A nursing home spokesman said that the stripper’s actions were ‘too enthusiastic and fiery,’ adding that personnel would be ‘more cautious’ when planning events in the future.

They said there was also a more sedate game of bingo in the nursing hall, where the pensioners enjoyed eating mooncakes together.

This was followed by karaoke before the subtle young woman in revealing clothes was brought into the main hall.

The spokesman said: “The intention of the event was to entertain residents and make them happy. We are very sorry for the offence that was caused.”

The Mid-Autumn Festival or Mooncake Festival is one of the most important holidays in Asian culture. In China, the celebration is marked by reunions, thanksgiving for harvests, and prayers for good fortune.

The annual event, which this year fell on Saturday, September 10, is also known as the Moon Festival or Mooncake Festival.

People in China ask for a rich harvest in the coming year. While in the country’s culture, the round shape of the mooncakes symbolizes completeness and togetherness.

In 2019, an 89-year-old pensioner was thrilled when she was given a strip tease in a Suffolk care home.

Joan took a ‘strip down memory lane’ when a hunky bloke dressed as a fireman was brought in to tear off his ‘uniform’.

Joan said: “I thought that he was amazing – I wish he could visit us every day!”

She added: “He made me feel like I was young again, I loved every second.”