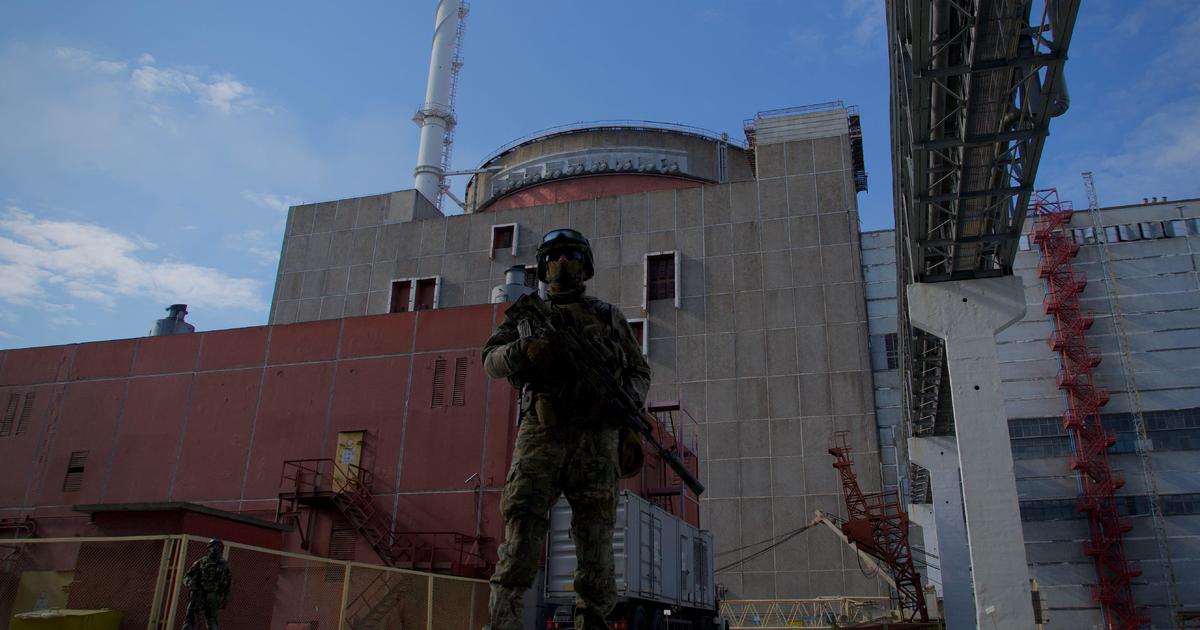 The capture of Ukraine’s Zaporizhzhia nuclear power plant by Russian forces in March immediately sparked fears that the world could face another nuclear disaster on the scale of the Chernobyl explosion almost 40 years ago. The U.S. Embassy in Kyiv was quick to call the shelling of Europe’s largest nuclear power plant a “war crime.”

“We survived a night that could have stopped the story, the history of Ukraine, the history of Europe,” said Ukrainian President Volodymr Zelenskyy. An explosion at Zaporizhzhia would have equaled “six Chernobyls,” he said, referring to the Ukrainian nuclear reactor meltdown of 1986 — widely seen as the most catastrophic nuclear disaster in history, with unparalleled health, economic, and environmental impacts.

What’s driving fears of a disaster at Zaporizhzhia?

Earlier this week, with continued shelling around the plant repeatedly cutting access to the electricity grid, plans were announced to shut down Zaporizhzhia’s last working reactor. A stable electricity supply is essential for any nuclear power plant to maintain cooling systems for radioactive fuel. Zaporizhzhia does have diesel generators to switch on when the primary electricity supply is cut, but they are not a long-term solution.

“If the power goes off, we’re then reliant on fairly elderly diesel generators to run the safety systems,” Hamish de Bretton-Gordon, an expert in chemical, biological, radiological and nuclear weapons, told CBS News. “Once you lose the main power supply, you’re almost in a two-engine airplane which loses one engine, and then you’re in a bad position.”

“For a nuclear power station in the U.S. or U.K. to have to go on emergency power might happen once or twice in a decade,” said de Bretton-Gordon. “So when you’ve got it happening once or twice a week … the chances of further problems increase exponentially.”

After the shutdown, Zaporizhzhia will enter a “cold state,” according to Ukrainian nuclear operator Energoatom.

But the integrity of the plant has been compromised by weeks of shelling, according to a 52-page report compiled by the United Nations-backed global nuclear watchdog, the International Atomic Energy Agency (IAEA), which sent a team of inspectors to Zaporizhzhia at the beginning of September.

“Any further escalation affecting the six-reactor plant could lead to a severe nuclear accident with potentially grave radiological consequences for human health and the environment in Ukraine and elsewhere,” the IAEA warned.

The agency’s Director General, Rafael Grossi, noted in the report that the Ukrainian technicians who’ve continued operating the plant under Russian occupation are “under constant high stress and pressure, especially with the limited staff available.” He voiced concern that the conditions could “lead to increased human error with implications for nuclear safety.”

The IAEA called for all military vehicles and equipment currently on the sprawling nuclear compound to be removed and for the facility to be made into a demilitarized zone. Grossi, along with the U.S. and Ukraine’s governments, said the Russian military should return “full control of the facility to Ukraine.”

Speaking on CBS’ “Face The Nation,” Ukraine’s Ambassador to the U.S. Oksana Markarova stressed that shutting down the reactor was a forced decision for her country, “not a complete resolution.”

“The complete resolution is for Russians to get out, to implement the recommendations of the IAEA, and to demilitarize the plant… That will bring their safety,” she said.

How does Zaporizhzhia compare to Chernobyl?

The Chernobyl disaster still looms large in the collective memory of Ukrainians and the world. The explosion of its No. 4 reactor displaced 200,000 people in what was then the Soviet Union, left 93,000 square miles of land uninhabitable and has had myriad consequences for people across the region, and across generations.

According to the U.S. Congress-funded Chernobyl Childhood Illness Program, an examination of 116,655 Ukrainian adolescents — who were up to 6 years of age or in utero when exposed to nuclear fallout, or were born up to 45 months after the Chernobyl disaster — found an “increased prevalence of thyroid cancer, thyroid tumors, depression, and suicide ideation,” as well as “socioeconomic problems from their relocation from radiation-affected areas and from the Soviets’ inadequate responses to their health needs.”

Similarities exist between Chernobyl and Zaporizhzhia not only structurally, but in the existence of “an environment… in which people are dis-incentivized from communicating genuine problems to higher-ups,” according to Jonathan Becker, a Professor of Political Studies at Bard College who teaches on both Russian politics and the Chernobyl disaster.

“There’s a smaller thing, which is munitions hitting stored radioactive materials,” he said, “and there’s a bigger one, which is a series of mistakes, which are reinforced by a system which doesn’t encourage transparent communication,” which was illustrated by the Chernobyl meltdown.

Even with the Zaporizhzhia plant’s shutdown, the threat of nuclear disaster doesn’t disappear, either there or at Ukraine’s several other nuclear plants.

“We are monitoring for each one of the other nuclear power plants,” Grossi told reporters this week when asked about the risks to other nuclear reactors in the country. “We have not been informed about a critical situation in those, but we are following that very closely, and when you look at the geography, that has some plants that are… not so far from military operations.”

De Bretton-Gordon said he backs the international demands for a demilitarized zone, calling specifically for a “30-mile exclusion zone around [Zaporizhzhia] manned by U.N. monitors and the IAEA.” But he’s skeptical that Putin will agree to it.

“Putin is so much on the back foot at the moment. He’s got very few ace cards. I think for him Zaporizhzhia is an ace card that he is not going to give up without a fight.”

While Russia and Ukraine have both expressed “interest” in a “commitment that no military action will include or will imply aiming… at the plant,” Grossi said, no agreement has been reached.

If there is a disaster at Zaporizhzhia, caused either by an accident or a deliberate attack, residents in Ukrainian towns and villages nearby could face the threat of radiation poisoning immediately or within a few hours.

In August, the European Union said it would donate 5.5 million potassium idiode tablets to Ukraine as a preventative health measure, according to the Kyiv Post. Those who live within 35 miles of the Zaporizhzhia plant — roughly 400,000 people — began receiving iodine pills from authorities shortly after the announcement.

According to the CDC, idione tablets can be used to protect the thyroid, which is one of the most vulnerable parts of the body after radiation exposure.

During the Chernobyl disaster, 31 people died in the immediate aftermath of the reactor explosion, but countless others have suffered long-term health effects from radiation exposure. The National Research Centre for Radiation Medicine in Ukraine found that among the more than 319,000 Ukrainian clean-up workers, 68% were regarded as healthy in 1988, but 26 years later, just 5.5% were still considered healthy.

De Bretton-Gordon said that in terms of physical construction, Zaporizhzhia is a different plant.

“Chernobyl was a very old nuclear power station, and relatively small compared to Zaporizhzhia,” he said.

“Around each [Zaporizhzhia] reactor is a very solid concrete core that is designed… to absorb [radiation],” he said, but he added that a deep-penetrating missile deliberately fired into the plant would still create “mayhem.”

“If there is a massive explosion and a meltdown of the six reactors, then we could see contamination on a Chernobyl scale, probably two or three times as much,” he said.

Becker agreed, warning that a nuclear disaster in Ukraine would be catastrophic, with “both human and geopolitical” consequences.

“It will be difficult to imagine the path forward after that,” he said.