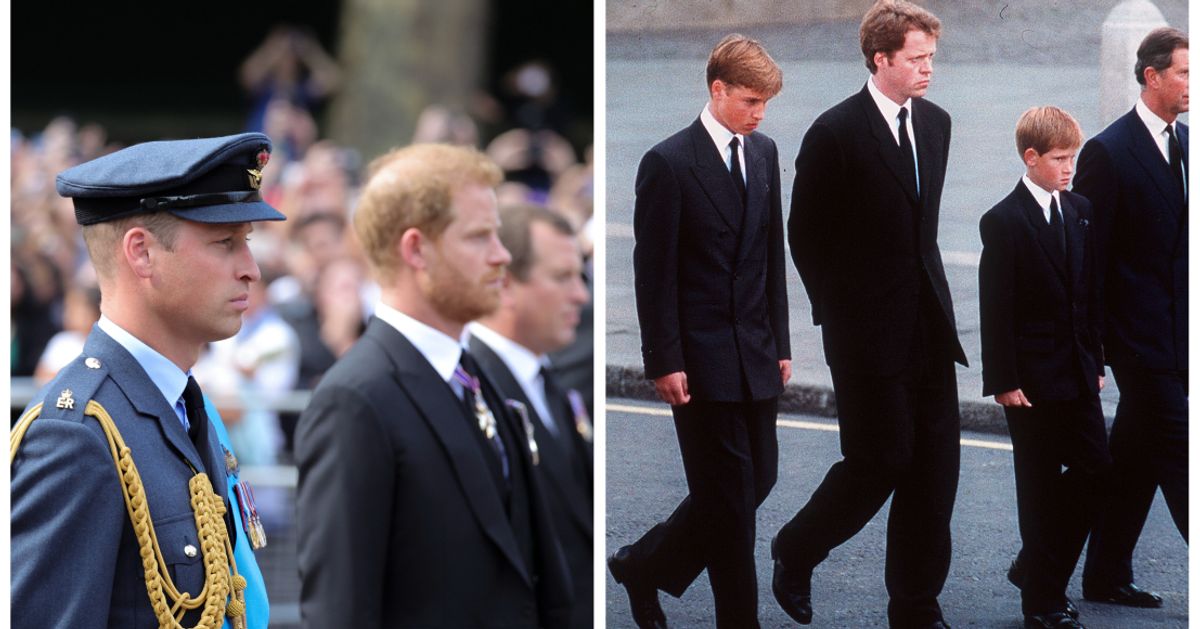 Prince William and Prince Harry reunited once again on Wednesday, as the brothers joined their father, King Charles III, in a processional following Queen’s Elizabeth II’s coffin from Buckingham Palace to the Palace of Westminster.

The solemn sight was a reminder of when the brothers walked behind the coffin of their mother, Princess Diana, 25 years ago. William was 15 at the time, and Harry was 12.

The two brothers walked side by side at the funeral. At their grandfather, Prince Philip’s funeral, the brothers were separated by their cousin, Peter Philips, when walking behind the coffin.

Queen Consort Camilla and Kate Middleton, the new Princess of Wales, did not walk, and instead traveled by car along with Prince Edward’s wife, Sophie, Countess of Wessex, and Meghan Markle, the Duchess of Sussex.

Following the processional, the family will attend a short service at Westminster, led by the archbishop of Canterbury, Justin Welby.

After the service, the queen’s coffin will lie in state, giving people the opportunity to pay their respects for the following four days, until the queen’s state funeral on Monday, Sept. 19.