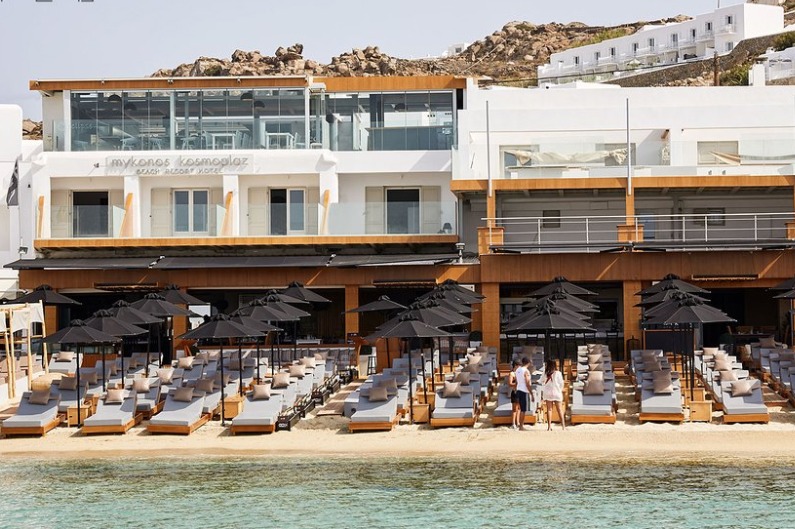 A NOTORIOUS Greek restaurant accused of ripping off tourists has hit back at bad reviews – telling customers they should “read the menu” properly and accusing them of “outrageous lies”.

DK Oyster Bar, in Platys Gialos, Mykonos, has been bombarded with negative reviews from furious diners who claim to have been duped into paying hundreds of pounds for dishes and drinks.

And in one of the latest one star reviews on TripAdvisor a customer was outraged after they were charged more than £300 for a piece of fish.

The reviewer raged: “They are exploiting the tourist[s] and not being clear and upfront with their business practices.

They claimed they thought the price of the meal was just 24 Euros (£20) as it was listed as such on the menu. 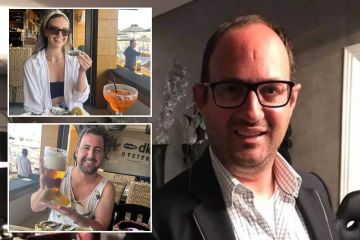 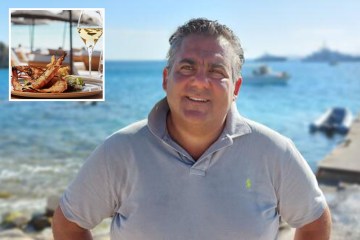 But what they didn’t notice is that the prices are actually “per 100 grams”.

So that meant when the bill came for the meal and they had eaten 1350 grams of fish between them, they were charged more than £300.

However, the restaurant’s management hit back as they have started responding to the bad reviews on TripAdvisor.

DK Oyster’s manager said it was “impossible” for guests to miss the fact the prices are per 100 grams.

“From our part we did everything by the book,” they said.

They said there is a minimum serving of 480 grams and the menu clearly states in bold print their pricing system.

“No scam is detected and we would really appreciate if you revised your review to at least remove the insulting words used,” the management wrote.

The reviewer complained this it “not what anyone is used to” – and said you have no say in how big a piece of fish you have.

“They select the fish, cook it and bring it to you. They weight it and never tell you so you at their mercy,” they wrote.

DK Oyster has a reputation for high prices.

Angry customers have even set up a dedicated website – DKOysterScam.com – to warn other tourists and share their experiences.

The restaurant is however now regularly taking on the reviewers, defending their practices and claiming the customers are exaggerating or making the claims up.

Other recent posts by the restaurant has seen them blast “outrageous lies” by a reviewer as he claimed he was charged 50 euros for a glass of water.

“It is obvious that you have no idea about the cost and the amount of work that a business in Mykonos requires in order to be profitable. If that is a crime, what can I say?” they said in another, responding to a man who was charged 25 euros for a beer.

Another reviewer claimed they were offered a free glass of wine if they did a five star review while being watched by staff, something the restaurant said was “not true”.

“Shame on you for posting such hateful and insulting tirants against hard working people,” the customer said in another response.

“I am certain that anybody who has ever been to DK Oyster can see through this malevolent, undignified text.”

One customer told The Sun Online he was charged £360 for four drinks and a snack at the restaurant on the Greek island.

Another wrote on Trip Advisor that he was forced to pay £50 for an “undrinkable” lemonade at the now-infamous bar.

While yet another spent £300 on a child’s meal due to the waiter’s sneaky tactic.

DK Oyster Bar’s owner Dimitrios Kalamaras previously hit back to defend his “honour” and his prices, bragging that they are simply “beyond the budget” of some of his visitors.

He accused many of his reviewers on TripAdvisor of lying, and said following “dozens” of similar “false” claims, he had installed three blackboards at the entrance to the restaurant displaying his prices.

Dimitrios also said that “no adult in their right mind” would order without seeing how much the item costs first and told customers to discuss the price with the manager before they order.

Justifying his higher-than-average prices, he said that DK Oyster’s “concept” was completely different to other restaurants.

And he accused critics of being “influencers” who were looking for a free meal.

“Unfortunately, all of us who work in the hospitality sector have been approached by notorious ‘influencers’ who instead of making their living by advertising products and services to their audience, they put pressure on certain businesses for exorbitant fees and free meals,” he said.

“In DK Oyster, we have advertised in the ways we consider suitable for our restaurant and we will not succumb to the influencers who have been attracted to the beautiful island of Mykonos.”