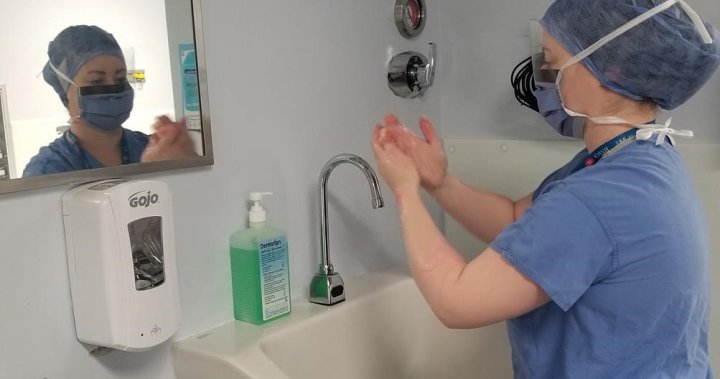 The effects of Canada’s strained health care system are being felt in Saskatchewan in a number of ways.

From long emergency room wait times to the challenge of finding a family doctor, families and doctors across the province are feeling those effects, and feeling them acutely.

What does recovery look like for the kids involved in the Saskatchewan stabbings?

Some provinces are easing the crisis by implementing physician assistants, but that position doesn’t exist yet in Saskatchewan.

He is considered a highly-skilled health-care professional who can provide a broad range of medical services.

“My broad role is looking after patients, seeing them, in clinics, seeing patients as either consoles or new patients,” Bryden explained.

The physician extenders has been a term used in Canadian military since the 1950s, and now around 800 certified physician assistants work across Alberta, Manitoba, New Brunswick and Ontario.

“Some of the areas that physician assistants can be employed in are immense,” Bryden said. “They are all highly trained and we have diverse backgrounds. The diversity is what sets us apart from nurse practitioners.”

According to the Canadian Association of Physician Assistants, they could manage 75 per cent of visits directed towards doctors.

However, the role is yet to be introduced in Saskatchewan. Last week the Saskatchewan government launched an action plan aimed at adding 1,000 health-care professionals over the next two to three years.

“We also look at the potential for expansion and integrating new professionals into the system such as physician assistants,” said Saskatchewan Minister of Health Paul Merriman. “Our government will work to expand the pathways and encourage high school students to enter this rewarding career within our health sector.”

In three physician assistant schools across Canada, only 120 students are enrolled.

“The biggest thing would be getting support from the colleges, because I know with the introduction of a new health care profession there needs to be a regulatory body,” Bryden said.

The government didn’t say when physician assistants will begin working in Saskatchewan and have not responded to an interview request.

2:05
Brent Worrall hand-cycles across Saskatchewan to raise awareness of PTSD

Brent Worrall hand-cycles across Saskatchewan to raise awareness of PTSD