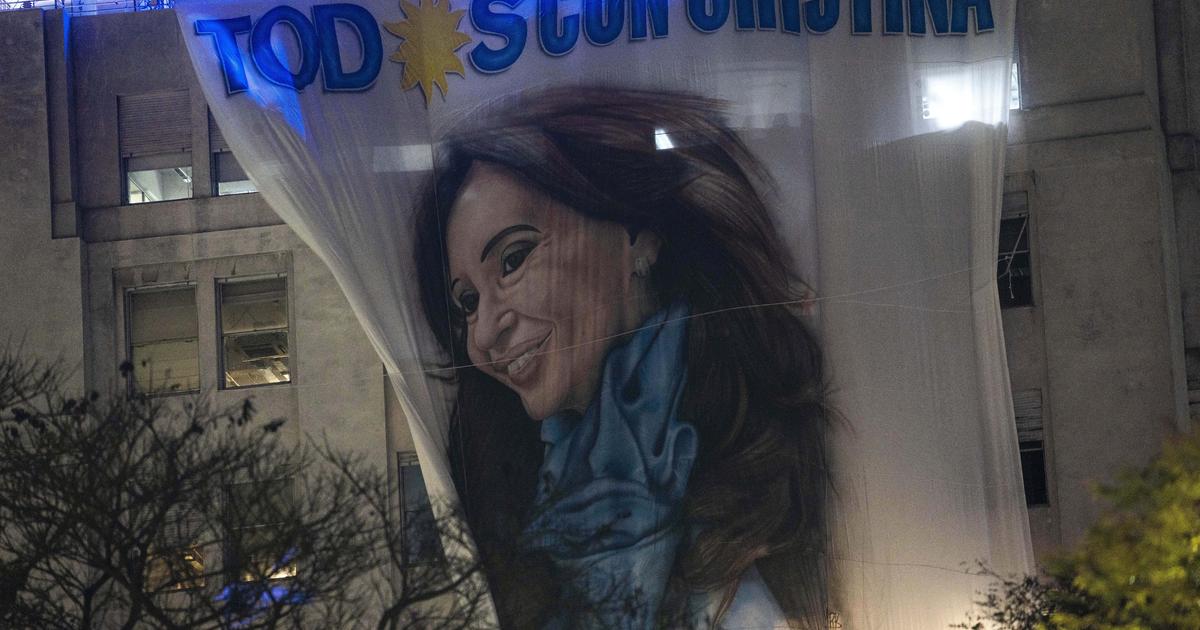 Officials in Argentina have arrested a third person in connection with the assassination attempt on Vice President Cristina Fernández de Kirchner, who was unharmed after a man pointed a gun at her outside of her home in Buenos Aires earlier this month. The gun did not fire despite the man pulling the trigger, Argentina’s President Alberto Fernández said later.

The latest arrest in an ongoing investigation into the incident suggests that it could have involved a network of people.

Agustina Díaz, who appears to have at least been a close friend of the girlfriend of the man accused of trying to shoot Fernández on Sept. 1, was detained Monday in the province of Buenos Aires, an official with the knowledge of the case confirmed to The Associated Press. They spoke on condition of anonymity because they were not authorized to speak on the investigation.

Fernando Sabag Montiel, a 35-year-old Brazilian citizen, was detained shortly after he pointed a handgun at Argentina’s vice president outside her home. He pulled the trigger twice, but the Bersa handgun failed to go off, though it was loaded with five bullets.

His girlfriend, Brenda Uliarte, a 23-year-old Argentine who reportedly was at the scene of the attempted shooting, was arrested three days later.

Uliarte and Sabag Montiel are both accused of trying to assassinate Fernández, the most important political figure in Argentina of the last 15 years. She was president for two terms from 2007 to 2015, becoming the second woman in the country’s history to hold the position after Isabel Perón and the first woman to win by election, and now has both ardent followers and detractors.

“With what we’re learning until now, the role Brenda played becomes more relevant,” the official said.

Sabag Montiel has been living in Argentina since the 1990s. Photos posted to his now-inactive social networks appear to show he has tattoos with Nazi symbols on his arms and hands.

The streets surrounding the vice president’s home had been filled with supporters for days after a prosecutor requested a 12-year prison sentence, as well as a lifetime prohibition on holding public office, against Fernández, who currently faces corruption charges for allegedly using state funds to grant public works contracts to a personal contact during her tenure as president. A final sentence is expected before the end of the year.

In the aftermath of the attack, she tweeted an image of an opinion article headline that appeared recently in Argentina’s Clarín newspaper, which focused both on the attempted shooting and ongoing legal proceedings surrounding the corruption case.

The call was made from the city of La Plata, around 45 miles south of Buenos Aires, and “is being investigated,” Security Minister Aníbal Fernández said.