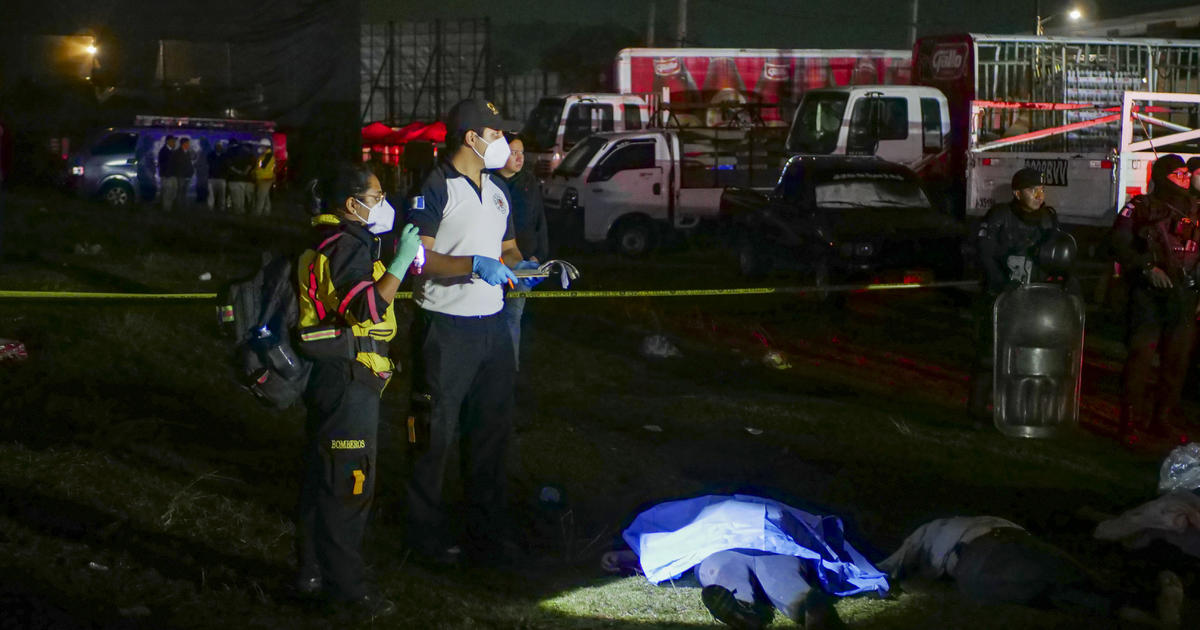 A stampede that broke out during a concert in Guatemala killed nine people and injured at least 20 more on Thursday morning, emergency crews said. The outdoor event took place in Quetzaltenango, about 125 miles west of the capital Guatemala City, as the country celebrated its Independence Day.

The concert was sponsored by a beer maker and held on a field often used for such events. While the Guatemalan rock band Bohemia Suburbana closed the show, some concertgoers were crushed as some tried to leave as others were entering the same place.

Videos circulating on social media platforms show dozens of people smashing into others and concert attendees piled on top of one another on the ground. Shouts can be heard calling for people to stop pushing and to move to one side so those who fell could be rescued.

Additional photos shared by the Guatemalan Red Cross agency and a group of volunteer firefighters showed rescue workers attending to people who were injured during the stampede. In one of them, emergency personnel are seen carrying someone by stretcher into an ambulance.

The Red Cross reported on Twitter that nine people died at the scene. The agency noted more than 20 others who were injured had been stabilized. Their injuries included possible fractures as a result of the stampede, firefighters said, and some were transferred to a nearby hospital. Reuters reported later on Thursday that six people were hospitalized.

Nancy Quemé, who was at the concert, said there had been thousands of people there. “Because of the rain there was a lot of mud,” she said. “I think because of this, the people couldn’t move and they fell.”

The lineup of bands had started playing Wednesday afternoon. She said that even in the early hours of Thursday there were still families with children there.

“They closed off the whole area and only left two access (points),” Quemé said. “The entrances seemed really small to me. I stayed pretty far back and decided to leave minutes before the end of the concert.”

Amilcar Rivas, Quetzaltenango city manager, said that event organizers did not have a grip on security and crowd control. He said the event did have a permit.