Five brothers, a knack for footy and deep love for their home country: this is the story of the Slaimankhel family who created a championship-aspiring national team from nothing.
From Afghanistan, then Pakistan before migrating to Auckland in New Zealand, the Slaimankhel boys were determined to create their own mould in a new country.
After recognising rugby union as the backbone of New Zealand, it didn’t take long for the Afghan brothers to become known as the foreigners who were making a mark in the country’s unofficial national sport.

“Growing up in Auckland, New Zealand, in their culture they love rugby, it’s just in their blood … we were in schools that gave us the privilege to play this sport,” Zakir, the youngest brother, said.

It wasn’t just about the sport and playing rugby, it was about the whole country and how much they’ve been suffering over the years.

And after successful stints in professional rugby around the world – including Australia – they all looked back at with heartbreak.
So when they noticed the Asia Rugby Sevens championship in August didn’t have an Afghanistan team, older brother, Sabir, was determined to unite his brothers for a greater cause.
“It wasn’t just about the sport and playing rugby, it was about the whole country and how much they’ve been suffering over the years,” Zakir said.
“We really wanted to just make them proud and make the country proud.”
“Afghanistan’s going through a struggle lately, I think sport is the last thing on their mind, but if they see Afghanistan doing well, it gives them something to smile at, it keeps them happy,” the eldest brother, Bilal, said.

“Sport gets everyone together.”

Bringing onboard their uncle, Zahidullah, the Slaimankhel family made up five of the nine members of the team: Sabir, Sayear, Omar and Zakir. With no one available as team manager, Bilal took up the executive role.

The team’s captain, Omar, is a recognisable face, too, as one of the entertaining contestants with his friend, Osman, on Nine’s The Block series this year. 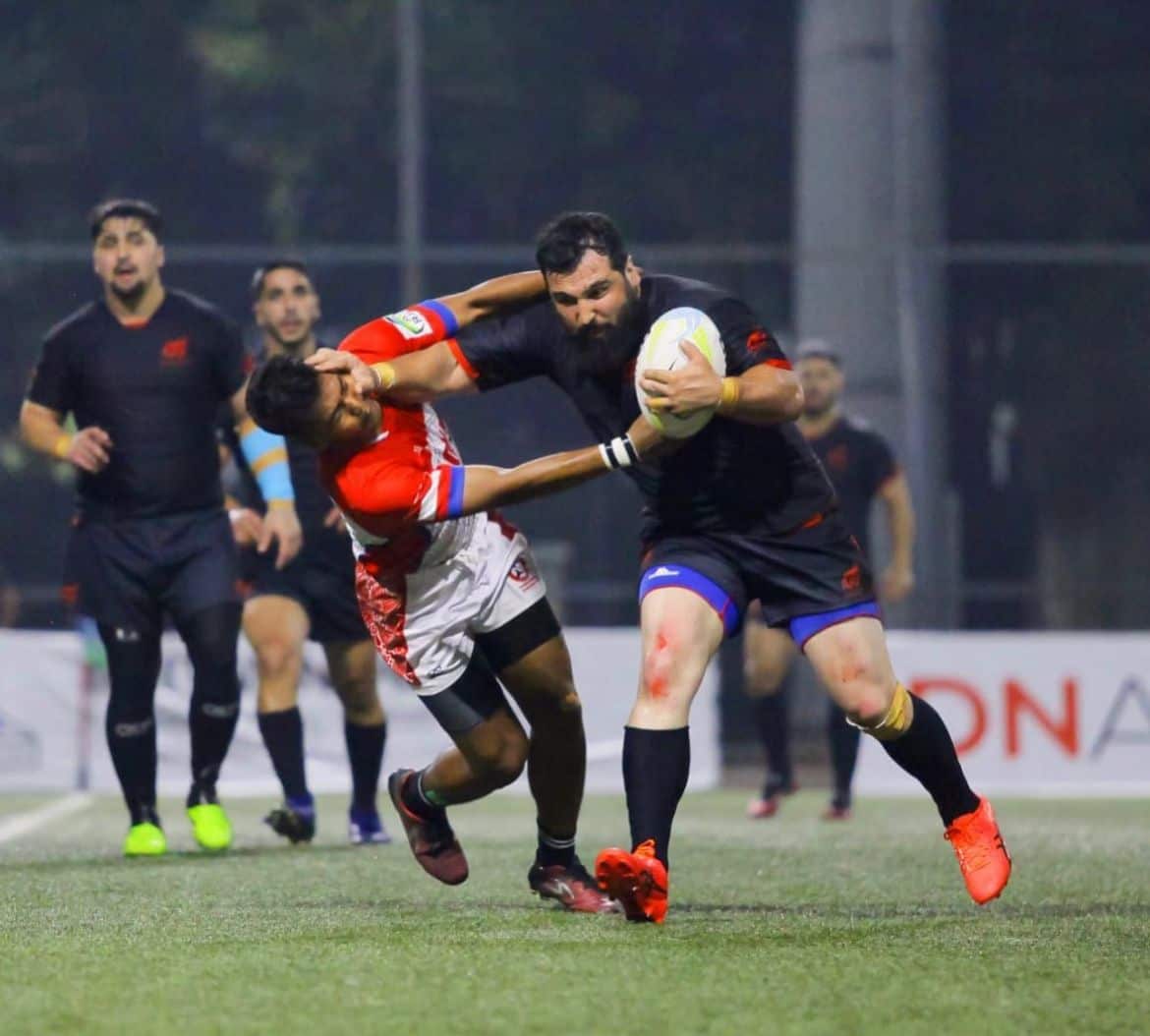 One of the older brothers, Sabir Slaimankhel, had a dream to bring his brothers together to play the sport they love. Source: Supplied / Zakir Slaimankhel

While all 11 other teams had 14 players, Afghanistan only had nine at the tournament, with no physiotherapist, and often had to play with no reserves on the bench.

Despite all odds, the Afghanistan team were one win shy from claiming the Asia championship, losing only to Singapore in the grand final.

“We had no numbers. We were stuck in Auckland. We were training by ourselves just before the tournament … it’s quite remarkable making it all the way,” Sabir said. 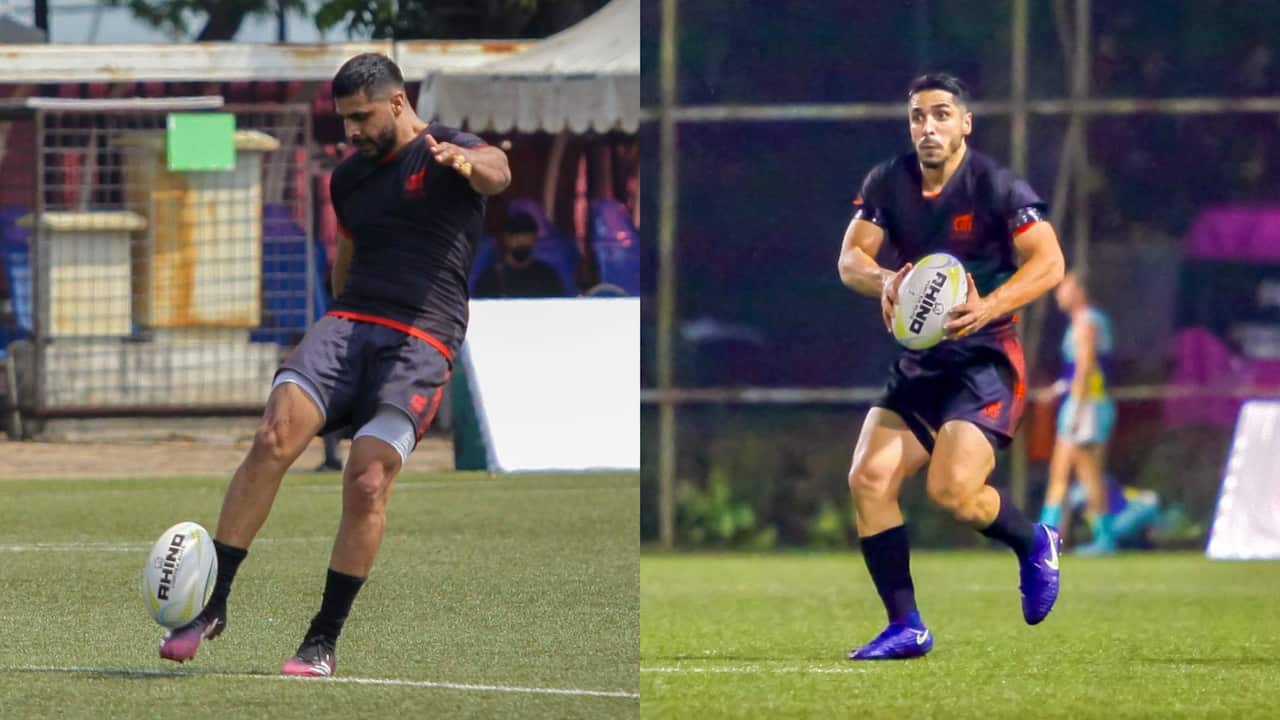 Omar (left) and Zakir Slaimankhel (right) are two of the five brothers in the Afghanistan team at the Asia Rugby Sevens Championship in Jakarta in August 2022. Source: Supplied / Zakir Slaimankhel

And getting there didn’t come cheap. Without sponsors, the Slaimankhels were out of pocket more than $20,000 to make it to the tournament in Jakarta.

“We couldn’t find any other players in that short period … A lot of people, when we told them that we’re going to be paying for the tickets ourselves, that didn’t help much as well,” Bilal said.
But with arms linked together as they heard their national anthem blaring out of the speakers at the championship final, the brothers said the moment was priceless.
“At the end of the day, you’re representing your country, your mum and dad’s country … and to have the national anthem being played was quite remarkable, unbelievable,” Sabir said.

“We were teary and emotional when we heard that national anthem in the final,” Zakir added. They took their silver medals home to become New Zealand’s newest unsung heroes, all while sending a clear message to those listening.

“Quite a lot of people now know Afghanistan has a pretty decent rugby team,” Sabir said with a smile. 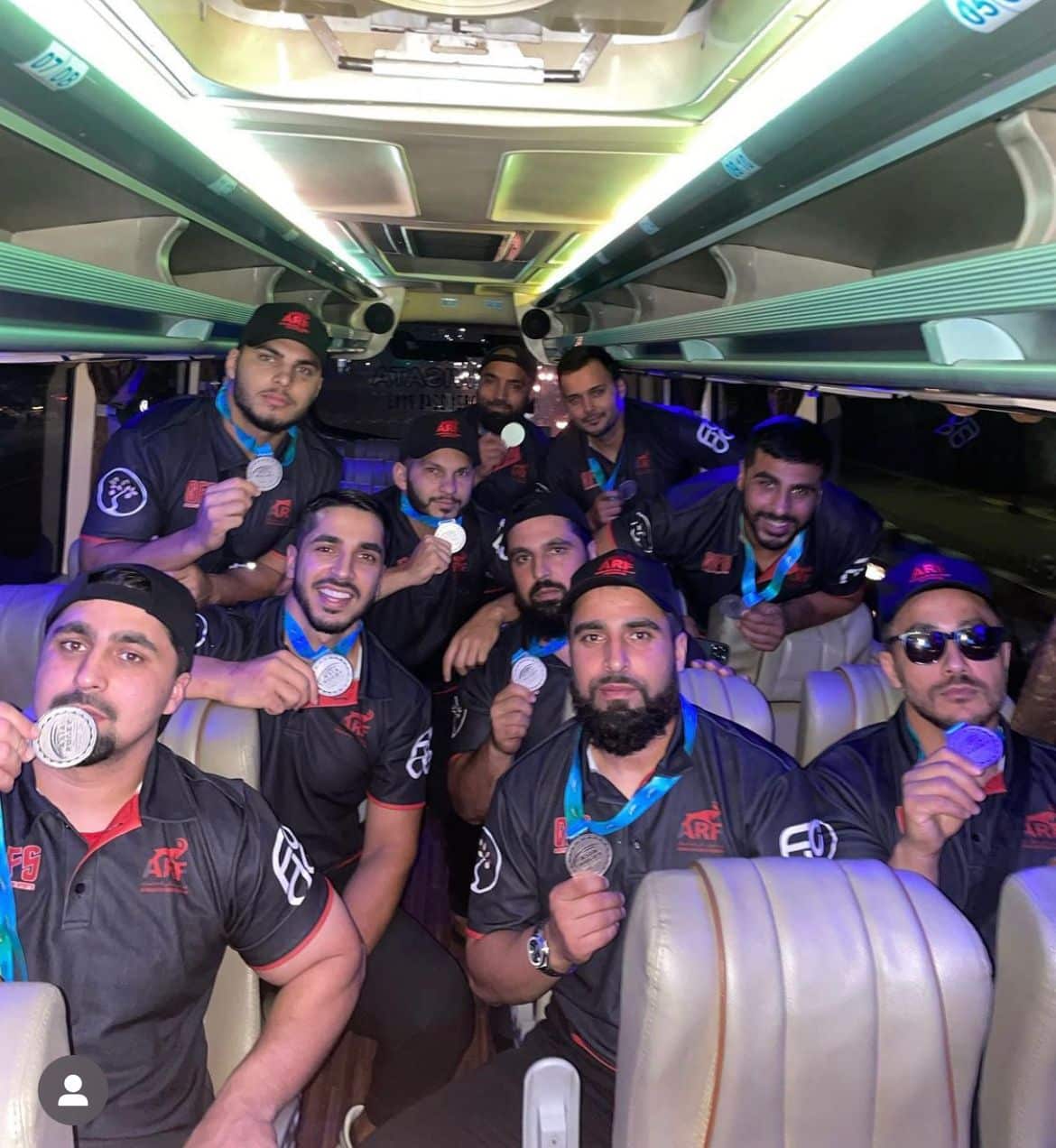 With most of the team hailing from New Zealand, the boys became national heroes for the Afghan diaspora back home and around the world.

Backing from the All Blacks

Upon the family’s return to New Zealand, the boys were hailed as heroes, and even caught the attention of the highly-revered All Blacks rugby sevens team.
As a way of throwing his support for the boys, All Blacks captain Scott Curry sent out a free box of football boots for the entire squad and is preparing to host a training session in the near future.
“We’re always trying to find ways to help our people, our community, and I just saw the love for the game that they have, and I just figured I’d reach out to them,” he told SBS News.

According to Curry, their drive for the game they inherited during their childhood in New Zealand was “inspiring”. 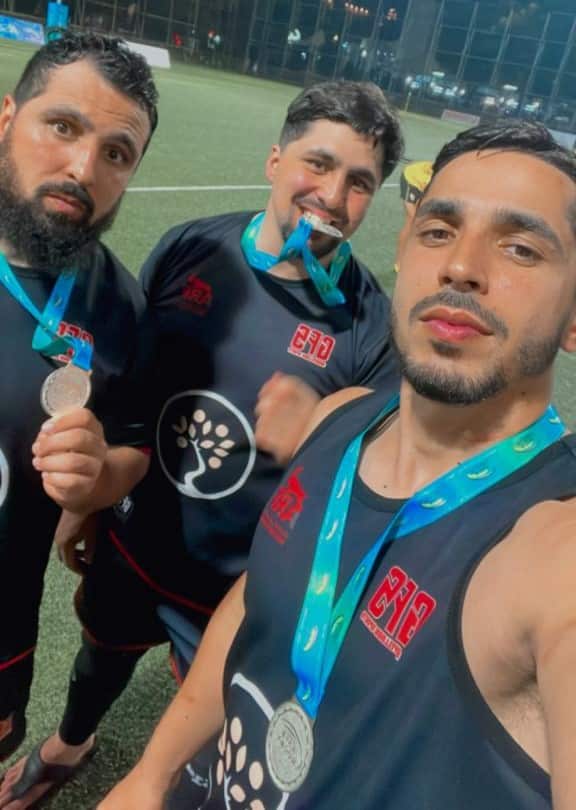 “For them, two families from New Zealand to represent Afghanistan in the Asia games and to come out second, it’s pretty impressive.”

For many members of the team, the desire to represent Afghanistan surpasses their passion for rugby union.
Two brothers, Jabri and Muhammad Safi, whose father was tragically killed in the Christchurch terror attack in 2019, joined the team to play their dad’s honour on their sleeve.
As for the Slaimankhels, after losing their uncle in 2018 to a suicide bomber attack in Kabul, playing rugby served a higher purpose.
Zakir and his brothers said Dr Hashem Slaimankhel was a revered community leader in Auckland, sponsoring their own family to migrate to New Zealand in 1994.

Beyond working as an orthopaedic surgeon for decades, he dedicated his spare time to working in refugee charity work. 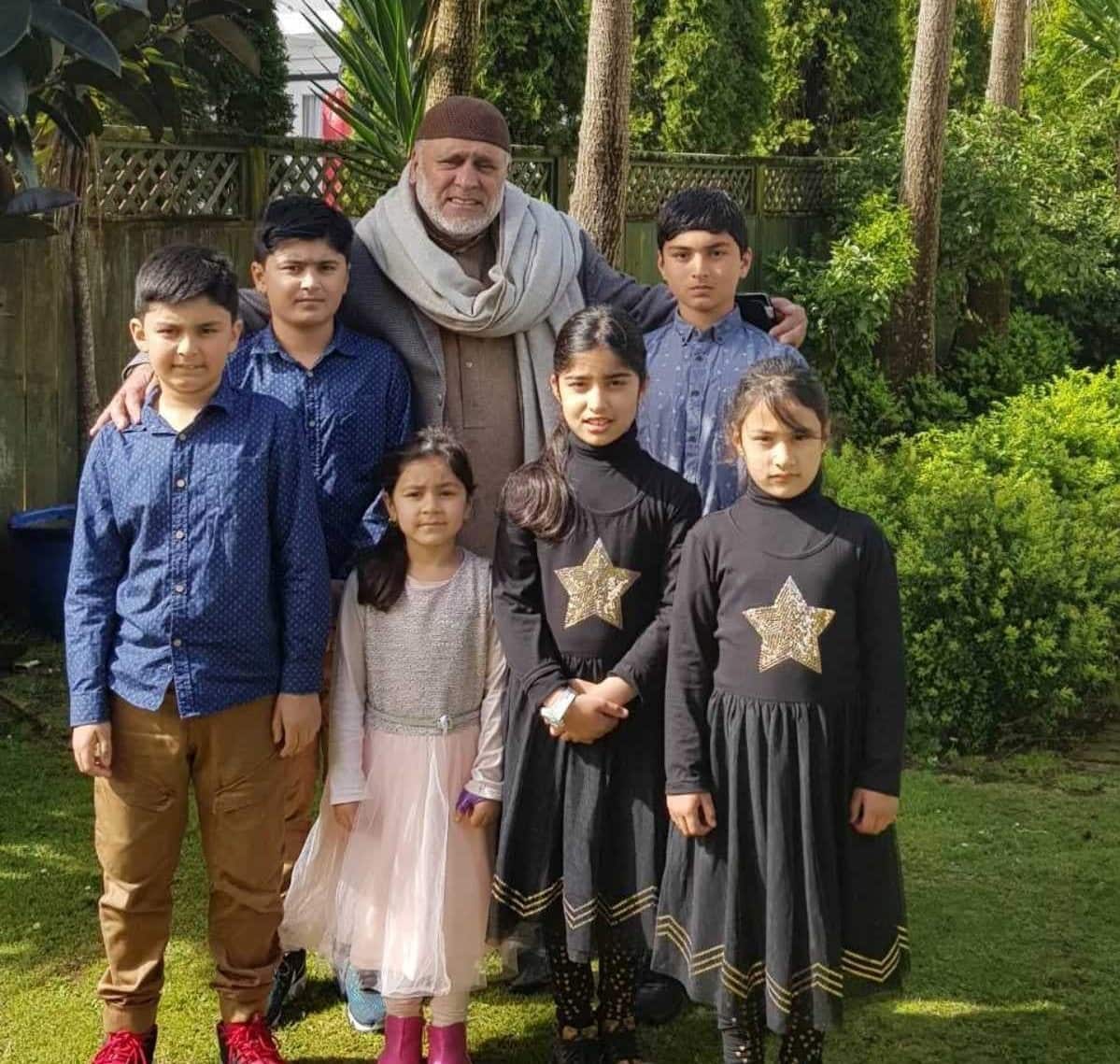 Dr Hashem Slaimankhel was a prominent New Zealand community leader who spent much of his time helping refugees. In 2018, he lost his life during a bomb attack in Kabul. Source: Facebook

“[Our uncle] brought us to Auckland, New Zealand to live a safer life. But his time was up when he went back to Afghanistan,” Zakir said.

Now, Zakir has decided to continue his uncle’s legacy by travelling around the world to provide aid for orphans on behalf of the charity group Muslims Around The World.
“We’ve come from Afghanistan for a reason: To leave a mark. What are we going to leave behind in this world? Is there going to be something that our kids are going to be proud of?” he said.

“He just tried to put a smile on other people’s lives. And that really implemented something on us, trying to make us better people in life as well.”