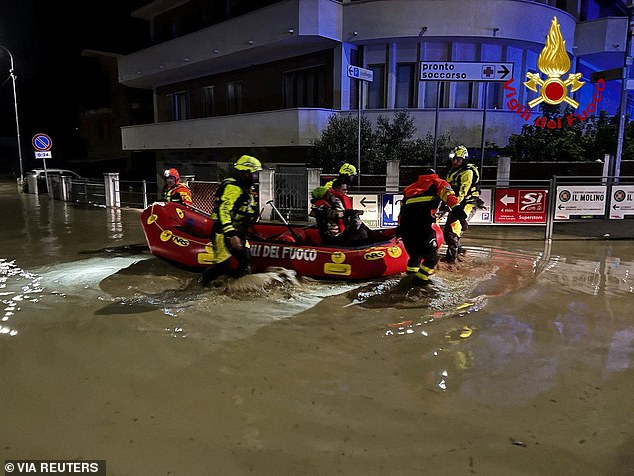 At least eight people have been killed and four others are missing after 16 inches of rain hit the central Italian region of Marche in just two hours, causing catastrophic floods.

Local authorities said they did not expect such a sudden ‘water bomb’, as around 16 inches of rain fell within two hours on Thursday night, inundating the streets of several towns in the Ancona and Pesaro-Urbino provinces.

‘It was like an earthquake,’ Ludovico Caverni, the mayor of the town of Serra Sant’Abbondio, told RAI state radio.

Footage released by fire brigades showed operators navigating the streets of seaside town Senigallia on rafters to rescue people and evacuate them, while others attempted to clear an underpass of debris.

Stefano Aguzzi, head of civil protection at Marche’s regional government, said the downpour was far stronger than had been forecast.

‘We were given a normal alert for rain, but nobody had expected anything like this,’ he told reporters.

Rescue services were still searching for survivors, authorities were quoted as saying in local media.

Rescue workers rescue people on a dinghy boat on a flooded street after heavy rains hit the east coast of Marche region in Senigallia, Italy, on Friday 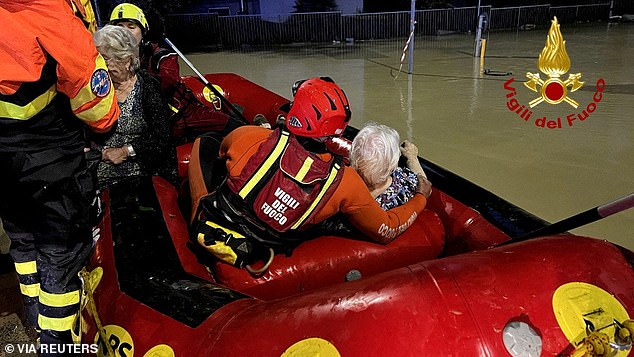 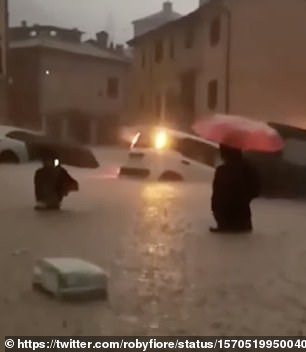 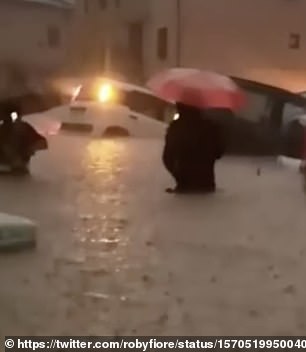 The head of the national civil protection agency Fabrizio Curcio was heading to Ancona to assess the damage, while party chiefs campaigning for Italy’s Sept. 25 election expressed their solidarity.

Another video shows people waist-deep in water clutching umbrellas as the floods took hold of the Marche region.

There are cars around them submerged in muddy water as rain continues to pour down.

As they wade through it, the person holding the camera pans around to debris and nearby buildings dangerously close to the flooding.

Footage also shows a huge deluge of water carrying debris hitting a building in Sentino as people watch on and emergency vehicles are seen in the background. 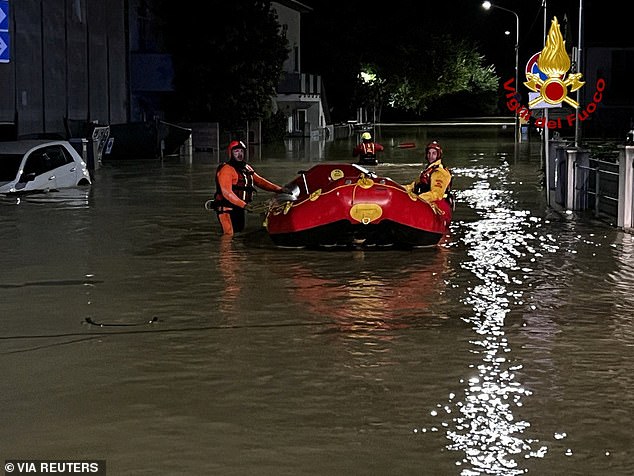 Rescue workers arrive on a dinghy boat on a flooded street after heavy rains hit the east coast of Marche region in Senigallia, Italy, on Friday 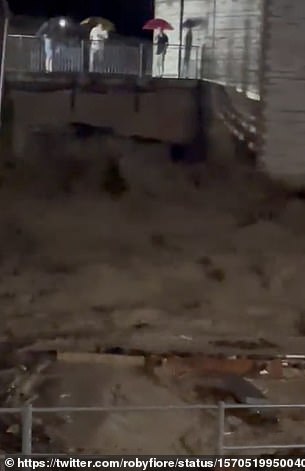 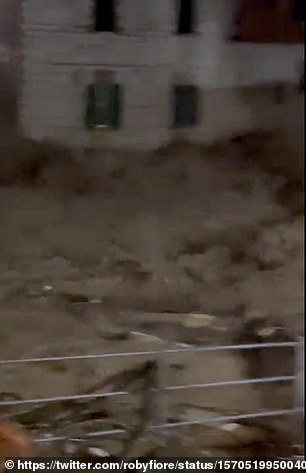 It is the latest in a long series of extreme-weather events which have happened in Italy this summer.

The total number is 1,642 this summer which farmers association Coldiretti yesterday said is five times the amount of a decade ago.

Coldiretti released the figures on the basis of data from the European Severe Weather Database. 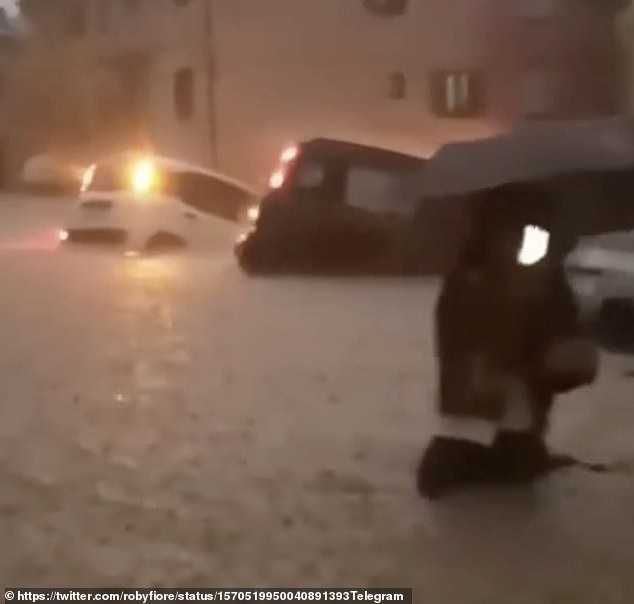 Coldiretti said that the long hot summer in Italy which had drought was interrupted by violent rainfall.

It added that the amount of extreme weather events has caused more than six billion euros of damage to agriculture in 2022- 10 per cent the value of national production.

The farmer’s association added: ‘We are before the clear consequences of climate change, where exceptional atmospheric events are now the norm in Italy too, with a tendency towards tropicalisation manifest in more frequent violent events, seasonal shifts, short, intense precipitations, the fast passage from sunshine to bad weather, with significant changes in temperature that compromises crops, with the loss of production and damage to structure and infrastructure in the countryside’.

Meanwhile, the leader of Italy’s centre-left Democratic Party (PD) wrote on Twitter that it would stop its campaign in the region ahead of the September 25 national election.