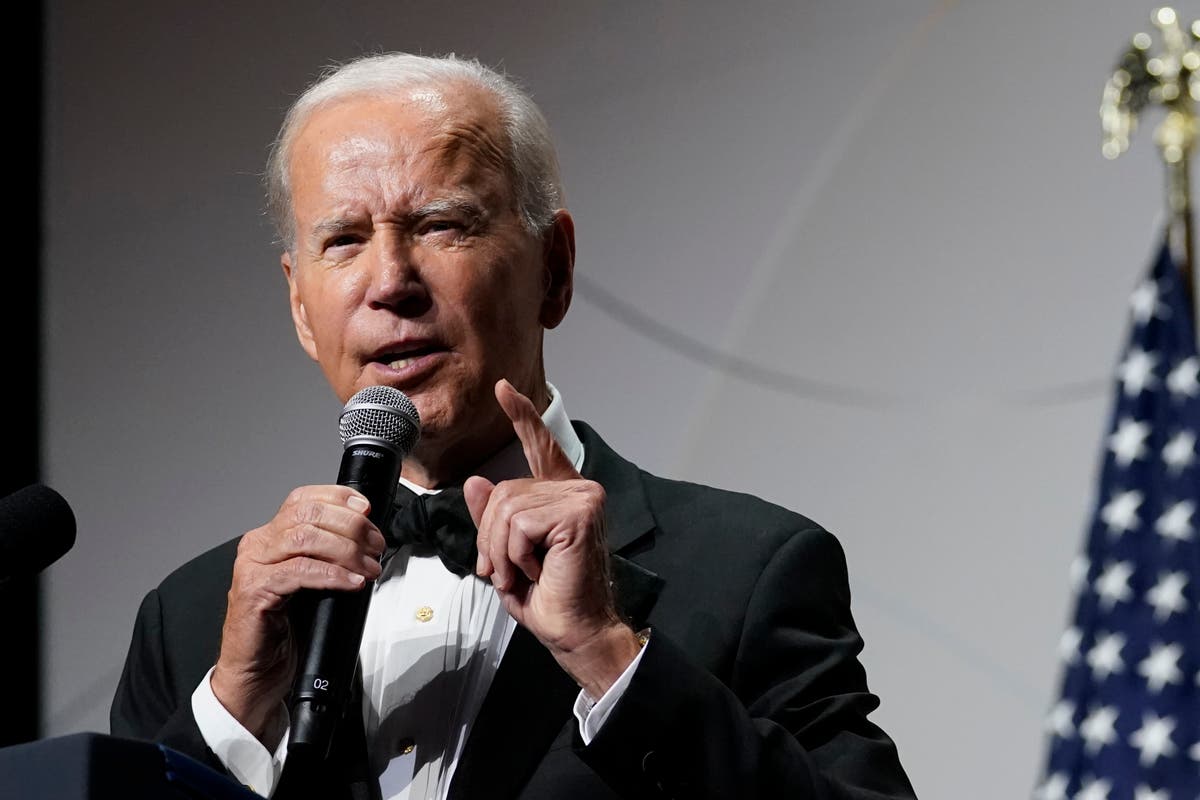 Speaking at the Congressional Hispanic Caucus Institute’s annual gala, Mr Biden hit out at the GOP governors less than a day after Mr Abbott sent two busloads of South and Central American asylum seekers to Washington and Mr DeSantis funded a planeload of migrants’ transportation from Texas to Massachusetts.

“Republicans are playing politics with human beings, using them as props,” said Mr Biden, who paced the stage as he said GOP governors “should not interfere” with the federal government’s process for accommodating asylum seekers “by waging these political stunts”.

White House Press Secretary Karine Jean-Pierre told reporters at her daily briefing on Thursday that the two governors were disrupting the federal process for handling migrants and using the migrants as “political pawns”.

“It is shameful, it is reckless, and just plain wrong,” she said.

Earlier on Thursday, two busloads of South American migrants were off-loaded outside Vice President Kamala Harris’ official residence at the Naval Observatory in Washington. The entrance to the VP’s home is located on a busy street in a largely residential neighbourhood in the northwest part of the city, and the two busloads arrived without any warning to social services or local governments.

Texas authorities did, however, alert Fox News so they could capture images of the migrants’ arrival.

Similarly, two planes chartered by Florida Governor Ron DeSantis offloaded migrants at an airport on Martha’s Vineyard, an island off the Massachusetts coast with a very small population and few social services.

Migrants told reporters they were promised work permits and other assistance as an inducement to board the airplanes. As with their counterparts in Washington, Florida authorities alerted Fox News so as to allow the right-wing network to capture the planes’ arrival.

The governors of both states have openly stated that they are sending migrants to Democratic-led jurisdictions to punish state and local leaders for not supporting former president Donald Trump’s harsh immigration policies.

Ms Jean-Pierre said the decision to leave migrants on a “very, very busy street” shows the governors’ actions to be “just a pure, premeditated political stunt”.

“That migrants, including children, who arrived in Martha’s Vineyard were misled about where they were being taken and what would be provided when they arrived, is also deeply alarming,” she added.

“The children … deserve better than being left on the streets of DC or being left in Martha’s Vineyard,” she said, adding later that it was “really just disrespectful to humanity”