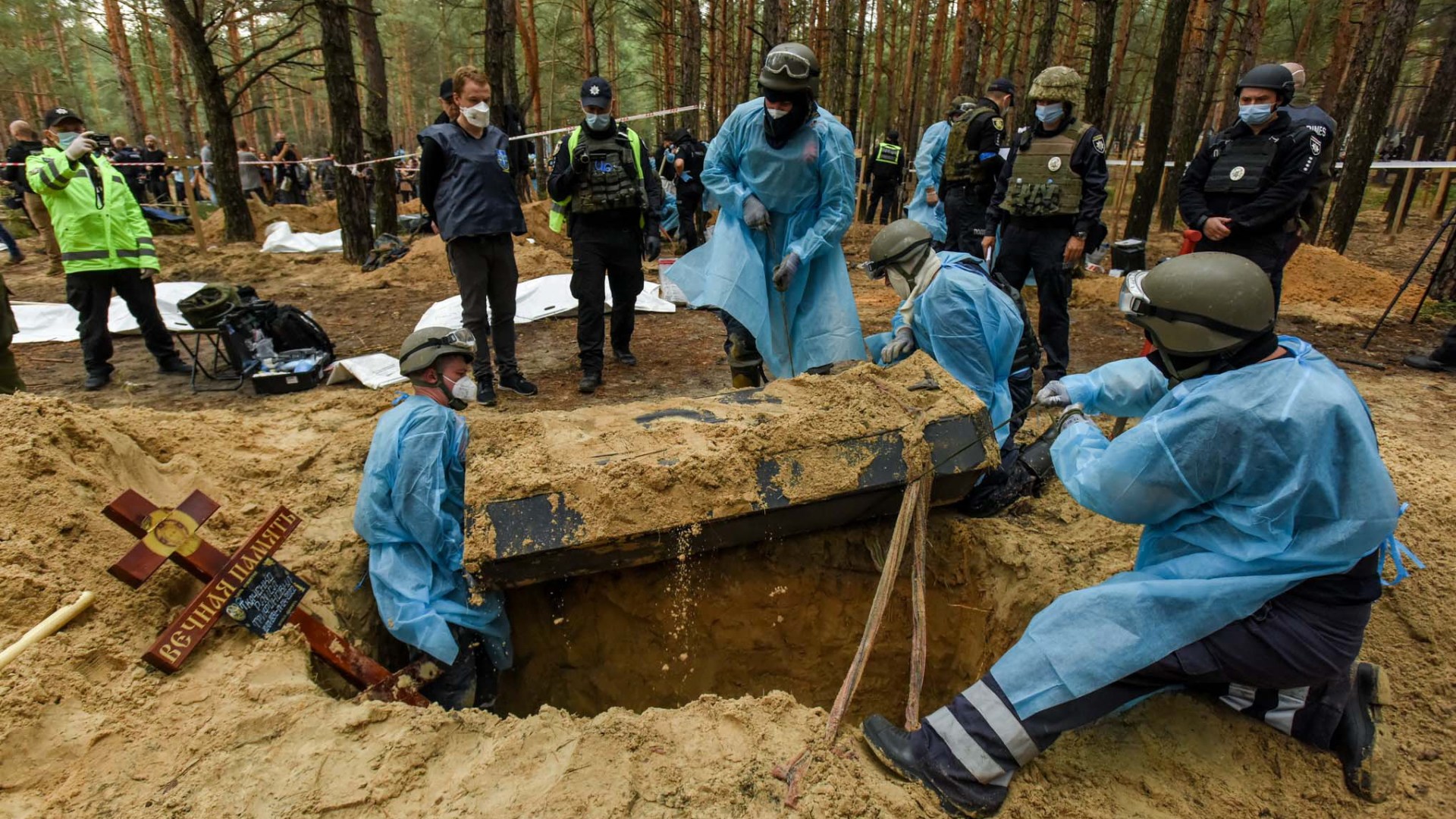 MURDERED Ukrainians found in a mass grave had nooses tied around their necks and their fingernails pulled out.

Horror photos show bodies being dug out of around 450 graves near Izyum after being killed by Vladimir Putin’s troops as withdrew in the face of Ukraine’s lightning advance.

One photo shows a victim’s hands clearly been tied together, while others showed bodies at the side of graves.

At least 10 torture chambers where local people were brutalised in squalid conditions by the Russian occupiers have also been found.

Teams in protective gear are working at the burial site, which is among pine trees and the graves marked with simple wooden crosses.

Ukraine’s president Volodymyr Zelensky said horror is the latest war crime inflicted on his country after the discovery of mass graves in Bucha and Mariupol following the Russian invasion in February.

“We want the world to know what is really happening and what the Russian occupation has led to,” he said. 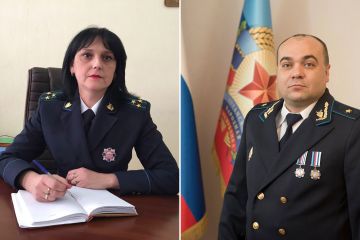 “Russia leaves death everywhere. And it must be held accountable for that.”

Ukrainian prosecutor Oleksandr Filchakov, said some of those found in graves their hands tied behind their back and ropes around their necks.

According to Oleg Kotenko, the government official in charge of the search for missing persons nationwide, a family with a young child was buried there.

“They were killed. There are witnesses from the same building. They saw what happened and buried these people here,” he said.

He added that “the graves without names are for those found dead in the street”.

Meanwhile torture rooms were found in the town of Balakliya and elsewhere in Karkhiv, National Police Chief Ihor Klymenko  saod

“In the de-occupied territories of Kharkiv region, ten torture chambers have been discovered so far,” he said.

“We know for sure that people were tortured there, and we already have information about those who died there.”

Chief Police Investigator Serhii Bolvinov said all the bodies would be dug up at the mass grave will be taken for forensic examination to gather evidence of suspected Russian war crimes.

He said the bodies had been individually buried at the makeshift site.

“For me, it was especially shocking and horrific and this is a crime against humanity. It shouldn’t be like this in a civilised world in 2022.

“This is such a horrendous story and unpleasant from any angle. I am confident that the evil will definitely be punished.”

Ukraine says it has identified more than 21,000 possible war crimes – including killing civilians and rape – committed by Russian troops.

Back in April, Ukraine began the grim task of digging up a mass grave in Bucha where at least 400 victims of Russian atrocities were buried.