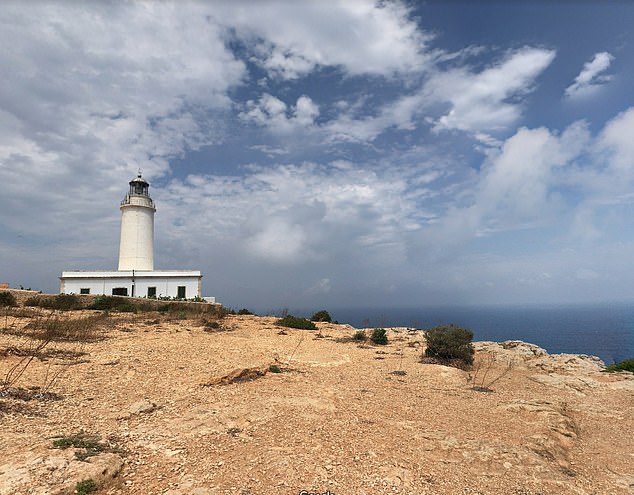 British tourist, 55, slips and falls to his death from 400ft cliff in front of his partner and friends during holiday in the Balearics

A British tourist died on on Tuesday after he slipped and plunged nearly 400 feet off a cliff on the paradise Balearic island of Formentera.

The 55-year-old, who lived in London, lost his footing while trekking along the ridge on a visit to a spectacular lighthouse called La Mola, and was not able to recover from the stumble.

Local reports said he was with his partner and a group of friends when the tragedy occurred.

He was initially described locally as a Lebanese man but police sources confirmed on Friday he lived in the UK and had a British passport.

Emergency responders had to resort to drones, jet skis and a helicopter to locate his body because it couldn’t be seen from the top of the cliff he fell from.

A Civil Guard chopper eventually managed to pinpoint the spot where he had landed, some 50 feet out to sea.

Footage released by police showed an officer attaching a rescue bag to a winch hook before it was removed by the helicopter.

The dead man is believed to have been enjoying a day trip to Formentera after taking a boat from the neighbouring island of Ibiza where he was staying at a luxury hotel.

A Civil Guard spokesman confirmed the death was being treated as a tragic accident and there was nothing to suggest it was the result of a crime.

La Mola lighthouse is well-known as one of Formentera’s top tourist attractions.

It is located on the edge of a cliff at the eastern end of the island on the plateau of La Mola. 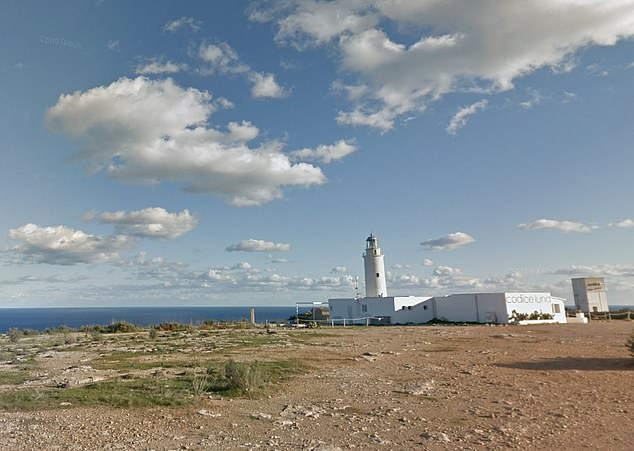 One of its most impressive features are its views of the Mediterranean, with locals and holidaymakers flocking to the area at sunrise and sunset.

Jules Verne wrote about the place in his novel Hector Servadec and described it as the ‘lighthouse at the end of the world.’ Since 2019 it hosts a museum and interpretation centre.

The area where the British tourist fell is said to have been protected with ropes designed to ward visitors away from dangers spots following an incident there four years ago involving a local resident.

It was not immediately clear Friday where on the cliff the dead man was when he lost his balance and fell.