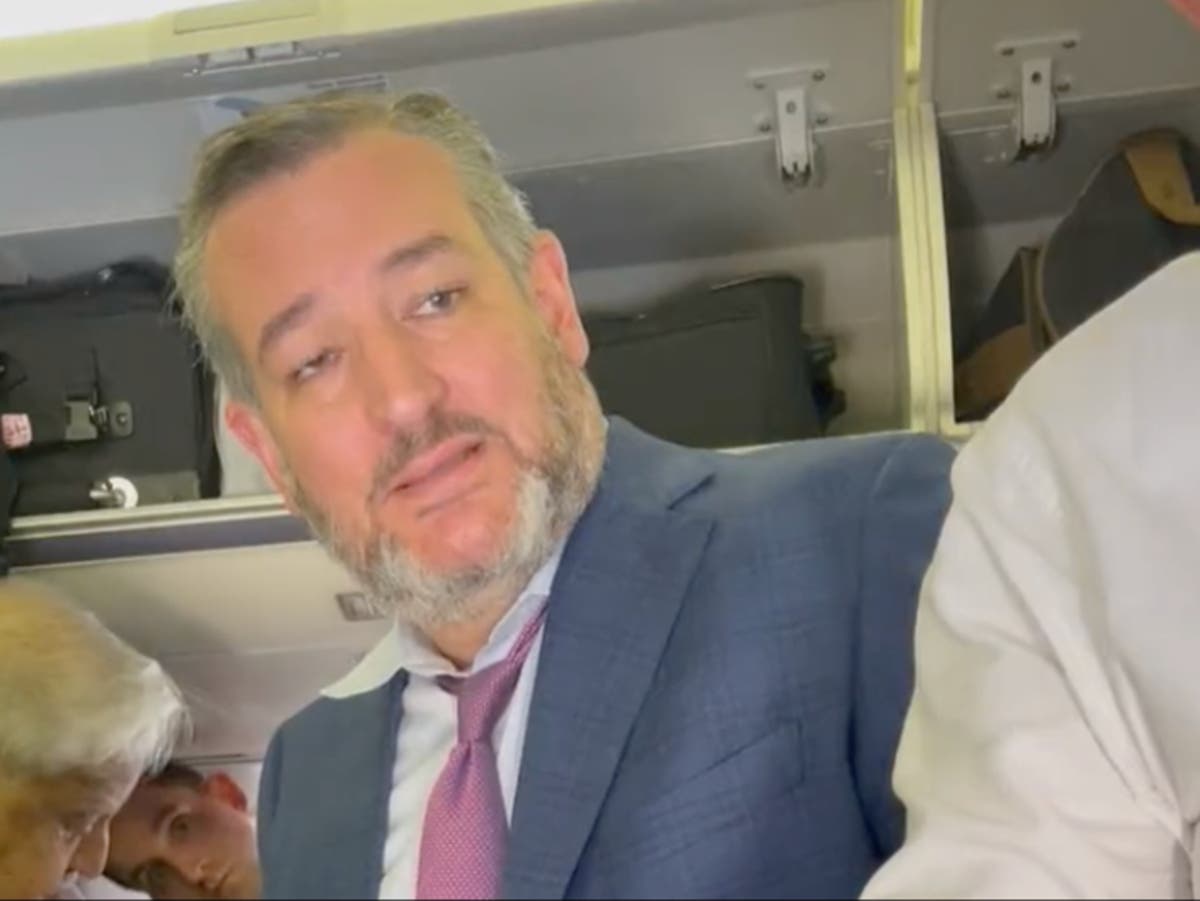 A heckler has recorded a video accosting Ted Cruz on a flight – challenging the US Senator for Texas to name the victims of the Uvalde mass school shooting and criticising him for not doing more on gun control.

“Thank you for everything you’ve done since Uvalde,” the individual says to Mr Cruz, as a flight prepares to leave Houston. “All those podcast episodes must’ve raised a lot of money for you.”

“Tried to? Why did you vote against the gun bill?” the passenger says, becoming more agitated. “Do you know any of the names of the Uvalde victims?” he adds.

“I do,” the Republican senator responds, “and ask why [Connecticut senator] Chris Murphy objected and stopped the biggest school safety bill that could’ve ever passed, but you don’t know. You don’t care about the facts. You’re a partisan, That’s OK.”

On Wednesday, Mr Cruz introduced his Securing Our Schools Act of 2022 on the Senate floor, which calls for $15bn in spending to double the number of school police officers, $10bn to hire 15,000 mental health workers, and another $2.5bn for school security.

The senator asked the bill be advanced with unanimous consent, meaning any objection from a colleague keeps it from passing.

Senator Murphy said he objected because Oklahoma senator James Lankford had asked him to “engage in a dialogue” about the proposal rather than pass it straight away.

“I’m not going to engage in a colloquy on the merits of this request or the previous request. This isn’t real. This is a TV show, this is clickbait, this is theater. This isn’t an actual attempt to pass legislation,” Mr Murphy said.

In June, Mr Cruz voted against the Bipartisan Safer Communities Act, a bill that ultimately passed which increased funding for mental health, incentivised states to pass red flag laws, increased school security funding, and closing the so-called “boyfriend loophole” about selling guns to those with records of partner abuse.

Mr Cruz ahs faced a wave of criticism about his positions on gun laws after the Uvalde shooting in May, which killed 19 students and two teachers.

On Wednesday, he met with the parents of Uvalde victim Alexandria Rubio, who pleaded with him to support a federal assault weapons ban. The parents said Mr Cruz declined to support such a ban, and said instead he wants to increase law enforcement on school campuses, prompting a wave of outrage online.