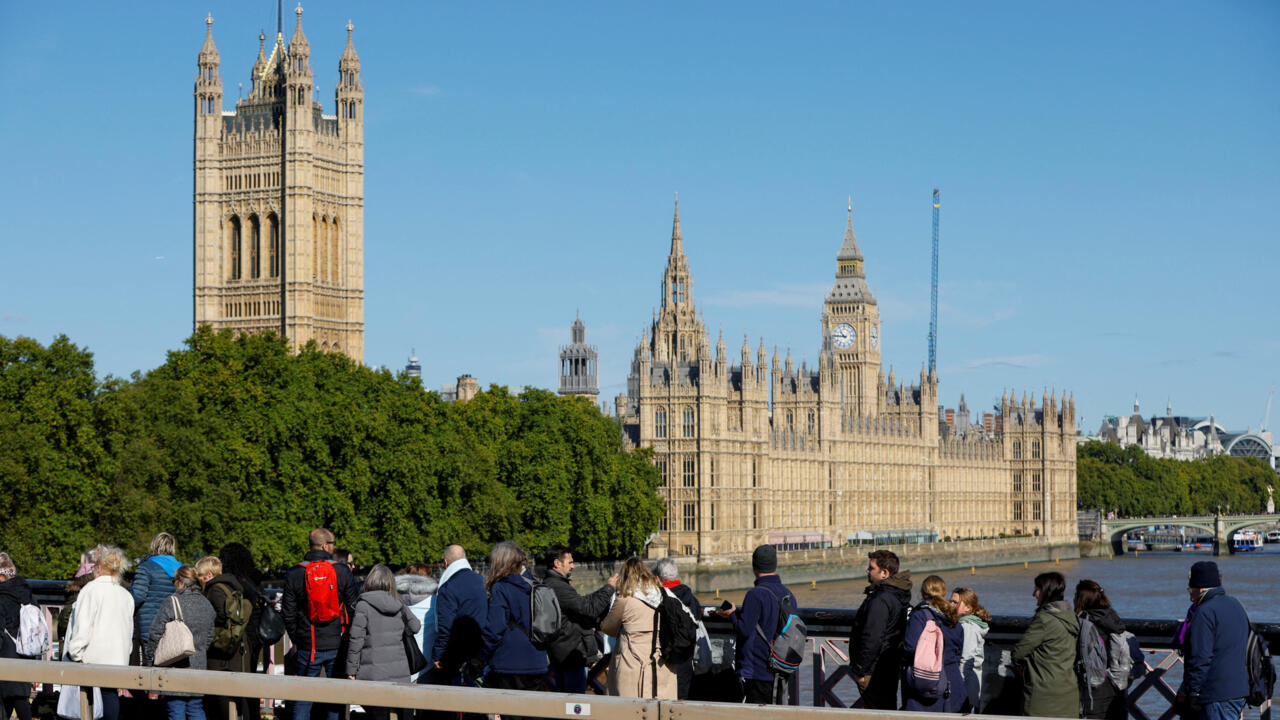 The British government urged people on Saturday not to travel to join the queue to file past the coffin of Queen Elizabeth as the huge demand means people are having to stand in line for at least 24 hours to reach her lying-in-state.

Tens of thousands of people have already filed past the coffin in a steady, solemn stream, queuing for hours through the dark and cold to pay their respects to Britain’s longest-reigning monarch – a testimony to the affection in which she was held.

On Saturday the culture department said it would pause entry to the queue if demand became too high, adding at 1 a.m. (0000 GMT): “Please do not travel.”

The death of the queen on Sept. 8 at her summer estate in the Scottish highlands has sparked an outpouring of emotion across the country and 10 days of highly choreographed events.

Having laid at rest in the Scottish capital for 24 hours the coffin was flown south to London, where tens of thousands of people crowded on to a normally busy road in driving rain to observe the flag-draped casket being driven to Buckingham Palace.

On Friday night King Charles joined his three siblings – Princess Anne and Princes Andrew and Edward in a silent vigil at the coffin while their eight children, including William and Harry, will form their own ceremonial guard later on Saturday.

Like many, Sarah Boniface, a 60-year-old estate agent, was teary and emotional as she left the great Westminster Hall on Friday night after standing for 14 hours, having seen the new king hold the vigil as she passed by the coffin.

“It’s been worth every minute. Every minute,” she said, visibly holding back tears. “I’m so lucky to have paid my respects to the queen and seen our new king.”

Indebted to the queen

For retiree Hasmukh Vara, 62, his decision to stand for 13 hours to observe the lying-in-state reflected his desire to say thank you to the late monarch – and Britain – after he moved to the country from Kenya in the 1970s.

Emerging from the vast, brightly lit hall into the cool darkness of Friday night by the River Thames, he described himself as feeling “very, very high”.

“We came as refugees to this country,” he told Reuters. “For my entire lifetime, I am indebted to her because she gave us a home. It’s something we can never, ever forget. It’s a big deal to me and my family.”

The queen’s children have described being overwhelmed by the reaction to their mother’s death.

The state funeral on Monday, to be attended by nearly 100 presidents and heads of government including those from the United States, France, Australia, Japan, Jamaica and Canada, is likely to be one of the biggest ceremonial events ever held in Britain.

On Friday, New Zealand Prime Minister Jacinda Ardern filed past the coffin – one of the first leaders to arrive. The premier of the Canadian province of Alberta, Jason Kenney, described the gathering in central London as “this huge, diverse gathering of people from around the world”.

On Saturday, King Charles will meet the prime ministers of the 14 other countries where he is head of state. He will also meet workers in the emergency services who are helping to stage the funeral.

Later the focus will switch to the younger royals and their vigil.

Heir-to-the-throne William and his brother Harry, who have grown apart in recent years after Harry moved to the United States, will both stand guard at the coffin in military uniform.

Harry served two tours of duty with the British Army in Afghanistan but so far has appeared in processions in morning suits after he lost his honorary military titles when he stepped back from public royal duties.

The vigil will take place at the oak casket, which stands on a purple-clad catafalque, draped in the Royal Standard and with the bejewelled Imperial State Crown placed on top.

Police said one man had been arrested following a disturbance near the coffin on Friday night, held for an offence under the Public Order Act.