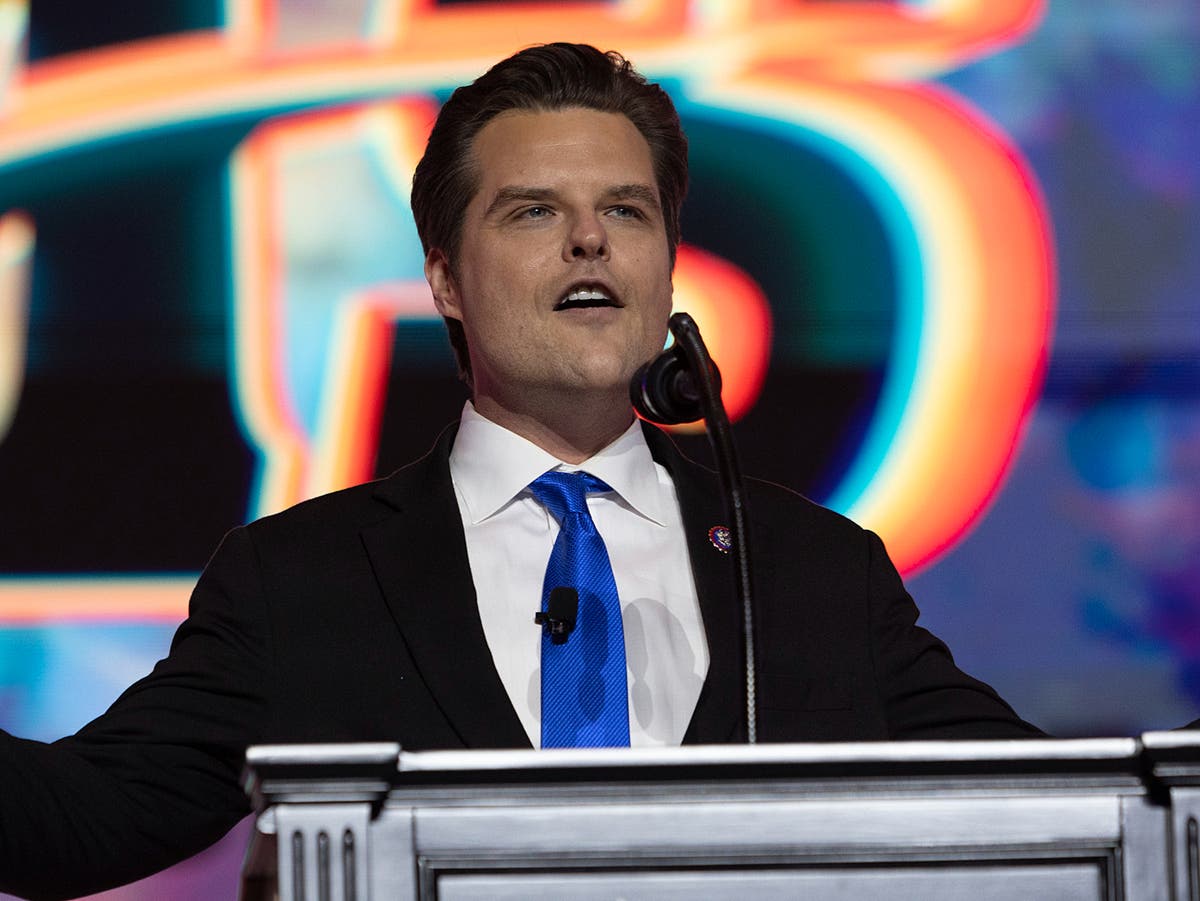 Matt Gaetz told a former White House staffer that he was hoping to get a pre-emptive pardon from then-President Donald Trump concerning an investigation into him by the Department of Justice, a report has said.

The allegation came in testimony given to the House Select Committee investigating the Capitol riot on January 6, 2021, The Washington Post reported.

Mr McEntee said Mr Gaetz told him that “he didn’t do anything wrong but they are trying to make his life hell, and you know, if the president could give him a pardon, that would be great”.

Mr Gaetz added to Mr McEntee that he had made the request to then-White House Chief of Staff Mark Meadows, according to The Post.

Mr McEntee was asked by the panel if Mr Gaetz made the request within the context of DoJ’s investigation into allegations that he may have violated federal laws against sex trafficking.

“I think that was the context, yes,” Mr McEntee said, according to those with knowledge of the testimony.

In public in the last months of Mr Trump’s in office, Mr Gaetz was calling for broad pardons to counteract possible future investigations by Democrats.

Mr McEntee said Mr Gaetz met with him for a short meeting one night and spoke of the possibility of a pardon, but Mr McEntee said he was unable to remember if the discussion occurred before or after the Capitol riot on January 6, 2021, people aware of the testimony said, according to The Post.

The investigation into Mr Gaetz was launched in the last months of the Trump presidency and was approved by then-Attorney General William Barr. The investigation looks into if Mr Gaetz paid for sex, paid form women to cross state lines to have sex, and if he had sex with a 17-year-old.

The investigation was opened after a federal probe into one of Mr Gaetz’s friends, a man now convicted of sex trafficking. Mr Gaetz has denied the allegations that he paid for sex or that he had sex with a minor when he was an adult.

A spokesperson for Mr Gaetz told The Post that he never asked Mr Trump for a pardon directly but didn’t respond to Mr McEntee’s comments.