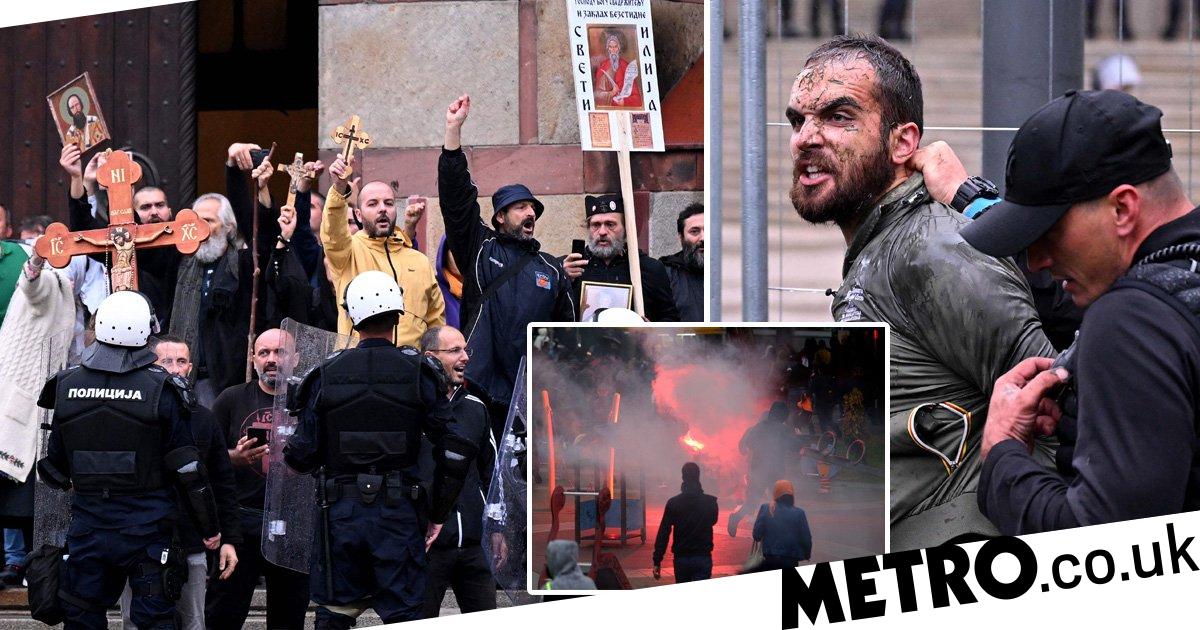 Riot police clashed with right-wing protestors at a Pride march in Serbia.

Officers were injured as they tried to break up two groups that were disrupting the march to mark the end of EuroPride week in Belgrade.

Brnabi – who is Serbia’s first gay Prime Minister – said ‘I am very proud that we managed to avoid more serious incidents.’

Following protests by nationalists and religious groups, the government had banned the march last week.

But faced with calls by European Union officials and human rights activists, it allowed a shortened route for the march.

Those participating walked several hundred metres to the Tsmajdan stadium where a concert took place.


MORE : Trans man dies after brutal beating at Germany pride event put him in a coma

Some Pride marches in the early 2000s met with fierce opposition and were marred by violence.

But recent Pride marches in Serbia have passed off peacefully, a change cited by EuroPride organisers as one reason Belgrade was chosen as this year’s host. Copenhagen was the host in 2021.