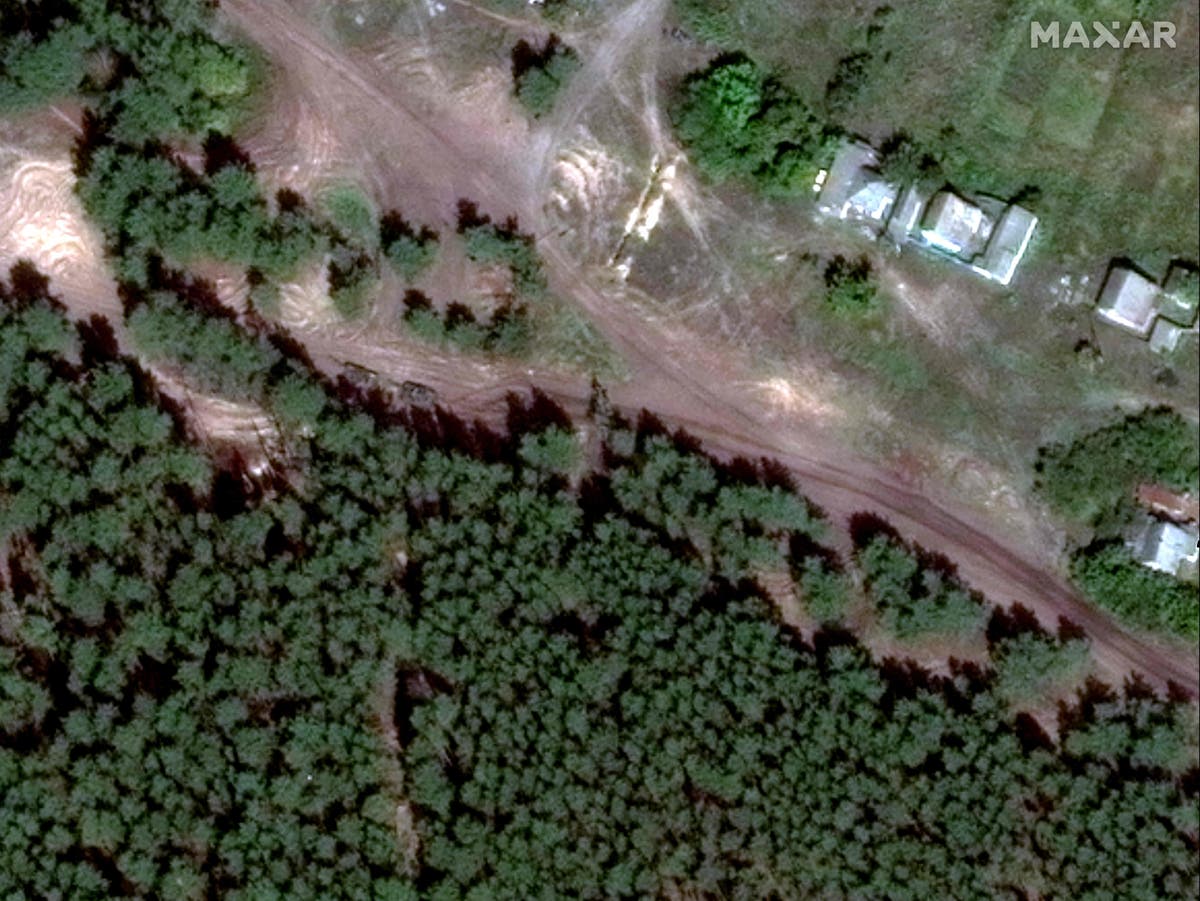 Satellite images appear to show tanks near the site of a mass grave in the Ukrainian city of Izyum months before it was discovered.

Ukrainian officials revealed they had found 440 bodies, which they say are mostly civilians, buried near the eastern city after it was recaptured from Russian forces.

President Volodymyr Zelensky accused Russia of genocide and said there was evidence victims had been tortured after some were found with broken limbs and ropes around their necks and others with their hands tied behind their backs.

The recently discovered mass grave, one of the largest so far discovered, was reportedly found on the northwestern edge of the city adjacent to an existing cemetery known locally as Pishanske cemetery, or “forest cemetery”.

Satellite imagery of the cemetery and surrounding forest area appears to suggest the expansion of the mass grave began around 23 to 26 March, according to Maxar Technologies.

Maxar, a private US company, has documented activity in and around Izyum since March when Russian forces entered the contested city and were involved in heavy fighting in and around the area.

One satellite image shows two tanks along the edge of the forest, north of the cemetery, on 29 August, while artillery guns can be seen at the entrance to the cemetery on 8 April.

Mr Zelensky said many of the bodies were also interred in other sites in the northeast and appealed for foreign powers to step up weapons supplies, saying the outcome of the war hinged on their swift delivery.

“As of today, there are 450 dead people, buried but there are others, separate burials of many people,” he said on Friday. “Tortured people. Entire families in certain territories.”

The head of the pro-Russian administration which abandoned the area last week accused Ukrainians of staging the atrocities in Izyum.

Vitaly Ganchev, a Russian-appointed administrative head of the Kharkiv region, told Rossiya-24 state television: “I have not heard anything about burials.”

Officials wearing masks and protective suits were digging out bodies at the site in the forest and about 200 makeshift wooden crosses were planted among the trees by Ukrainian officials to mark the graves.

The head of president Zelensky’s office, Andriy Yarmuk, said more information would be provided after forensic tests had been carried out.

If the number of bodies is confirmed, the site in Izyum, a former Russian front-line stronghold, would be the biggest mass burial found in Europe since the aftermath of the 1990s Balkan wars.