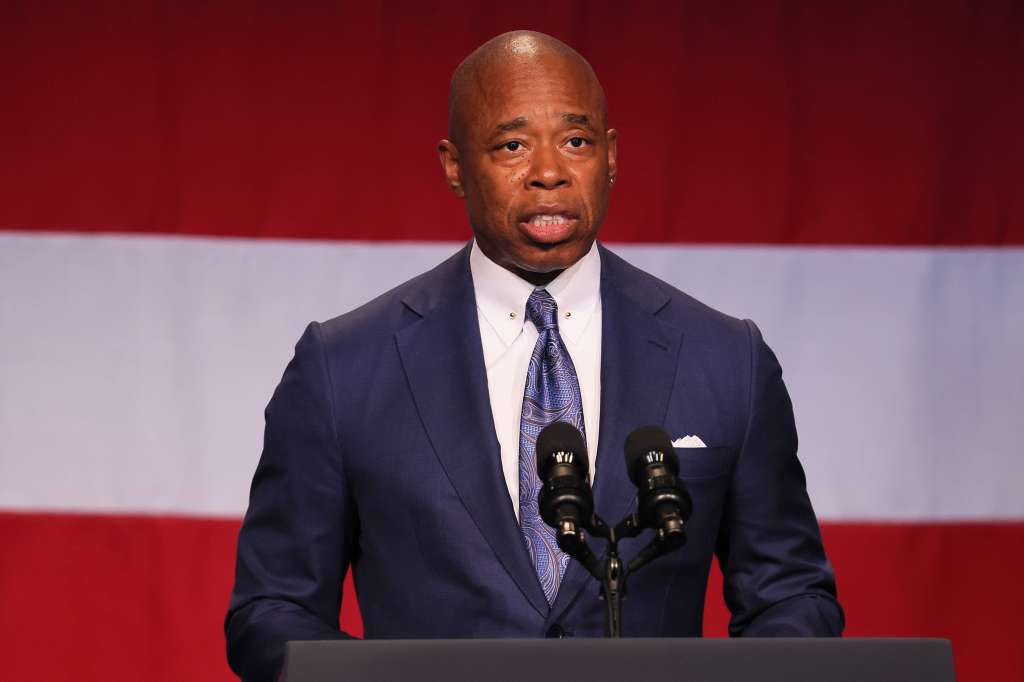 (CNN) — New York City Mayor Eric Adams said Sunday that the current migrant situation is a “humanitarian crisis created by human hands” that requires “an all-hands-on-deck moment” of coordination by the US.

“We should be clear that this is, as I’ve stated, a humanitarian crisis created by human hands. And it is an all-hands-on-deck moment. When we’re all supposed to come together and coordinate. Coordination during a crisis is something that we must do together. That’s the federal government, that is also the governor of the state of Texas, as well as the governor of the state of Florida,” Adams, a Democrat, told CNN’s Jake Tapper on “State of the Union.”

“We should not be really treating other cities and municipalities in the manner that we’re witnessing now,” he added.

Adams’ remarks come come days after GOP Govs. Greg Abbott of Texas and Ron DeSantis of Florida infuriated Democrats by sending migrants in Texas to Martha’s Vineyard in Massachusetts and outside Vice President Kamala Harris’ residence in Washington, DC. Though the moves by the governors have been blasted by critics as political stunts, they underscore the growing crisis at the southern border and the need for leaders in Washington and elsewhere to work together to address the issue.

Abbott’s office estimated last week that more than 2,500 migrants have been bused from Texas to New York.

For his part, Adams said Abbott and DeSantis are exhibiting an “erosion of basic human rights” by “treating people in an inhumane manner.” He went on to describe some of the conditions migrants were found in when they’ve arrived in New York from border states.

“In some cases, we had those who were Covid positive on the buses with individuals who were dehydrated — didn’t have proper food,” he said. “Some were even tagged, like you would tag an animal.”

Republican Sen. Mike Rounds of South Dakota, meanwhile, defended Abbott and DeSantis in a separate interview Sunday on “State of the Union,” arguing that the governors were “doing their best to try to send a message to the rest of the nation about the plight of those individuals that are coming from south of the border.”

“You’re talking about 3.4 million people, just since the start of this Biden administration, that have crossed the border. And they’re coming into southern states,” Rounds said. “What is a governor supposed to do? They are trying to send a message to the rest of the country that this is not acceptable, and that their states can’t handle that kind of inflow.”

Adams on Sunday said it was “really unfortunate” that a country known for its humanitarian actions was behaving like this. “This is a blight on our entire country,” he said.

The mayor said that he’s spoken to leaders in DC to discuss immigration reform, pressing on the importance of allowing new arrivals to be able to work in the US.

“I don’t think it’s really logical to allow people to be here for months without the ability to seek employment, particularly during a time when we are seeking employees on various sectors in our city,” he said.

Adams also said he plans on changing certain policies in the city’s “Right-to-Shelter” law to better respond to the situation.

“I’m sure 40 years ago, when this law was put into place, no one thought that we would receive 11,000 migrants or asylum seekers,” he said.

Senate Majority Whip Dick Durbin, while criticizing the Republican governors for their actions, insisted Sunday that the immigration system must be addressed, even if it is a difficult issue for Democrats as the midterms loom.

The Illinois Democrat acknowledged on NBC’s “Meet the Press” that “there is political danger” for Democrats in discussing immigration but said it was not an impossible issue to solve.

“All of these things can be done. Are they controversial? You bet. Some of them are very controversial, but we know we need to do it,” he said.