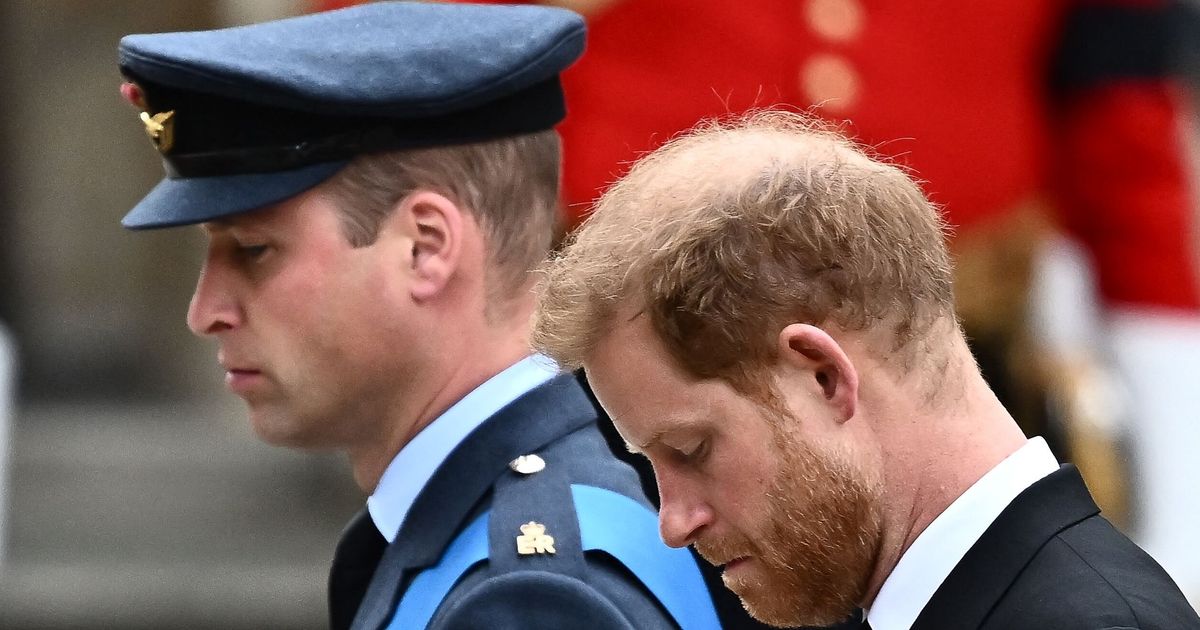 Prince William and Prince Harry reunited once again for the state funeral of their grandmother, Queen Elizabeth, at Westminster Abbey on Monday.

The brothers walked side-by-side during the processional behind Queen Elizabeth’s coffin on the way to the Abbey, with their cousin, Peter Phillips, to Harry’s left. At Prince Philip’s funeral last year, Peter notably walked between the two brothers.

The brothers later followed the queen’s coffin into the Abbey itself, where they were joined by other members of the royal family.

The Prince and Princess of Wales then walked in front of the Duke and Duchess of Sussex, with their two children, 9-year-old Prince George and 7-year-old Princess Charlotte, walking alongside their parents.

Both William and Harry participated in a vigil for the queen on Saturday night, where they kept watched over the monarch’s coffin alongside Elizabeth’s six other grandchildren: Princesses Beatrice and Eugenie; Lady Louise Windsor; James, Viscount Severn; Peter Phillips and Zara Tindall.

To see more photos from today’s funeral, see below: 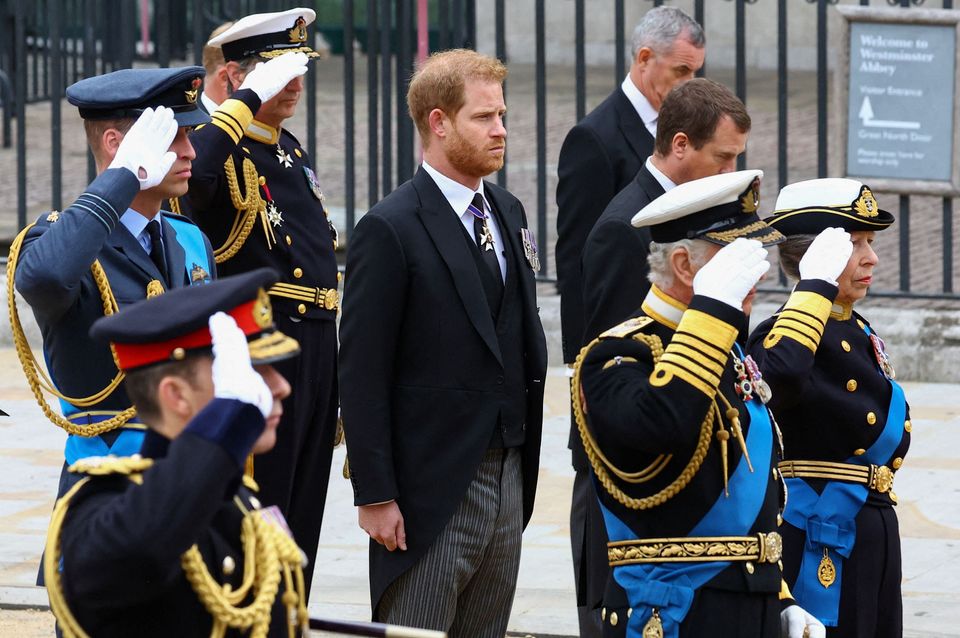 The Duke of Sussex stands next to King Charles III, Princess Anne and Prince William as they salute. 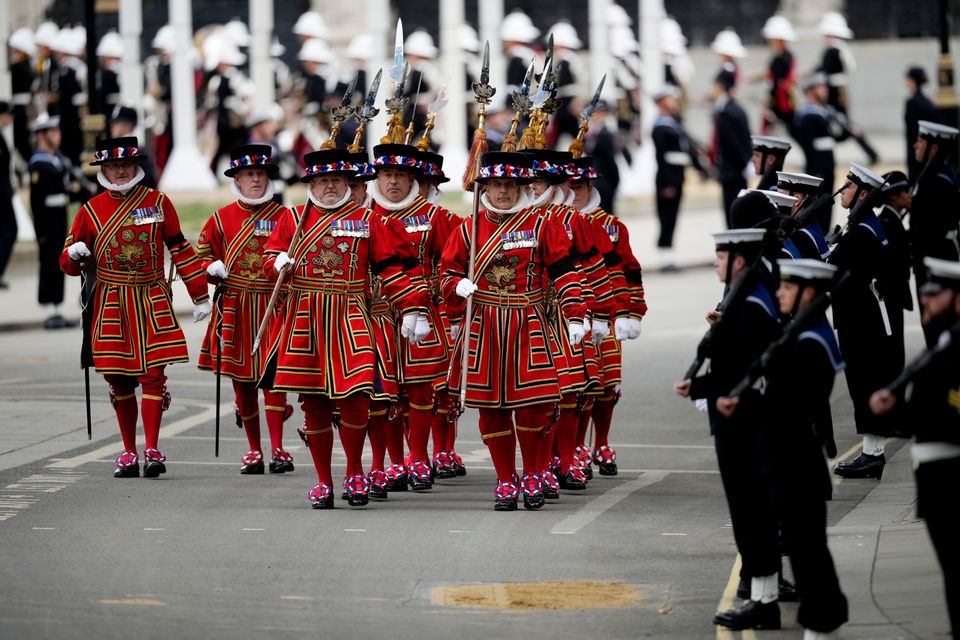 Yeoman of the Guard at Westminster Abbey ahead of the State Funeral of Queen Elizabeth II. 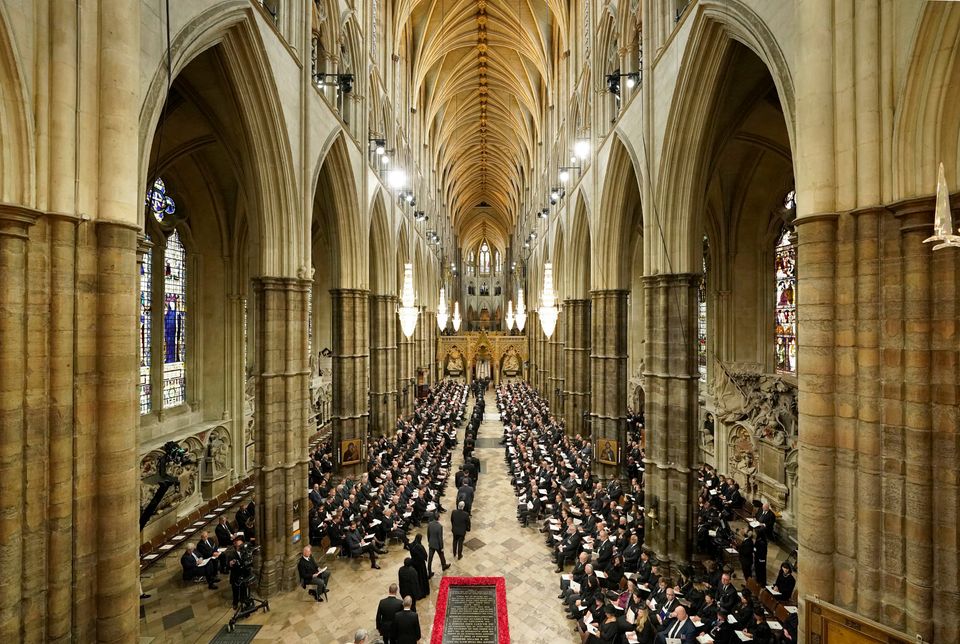 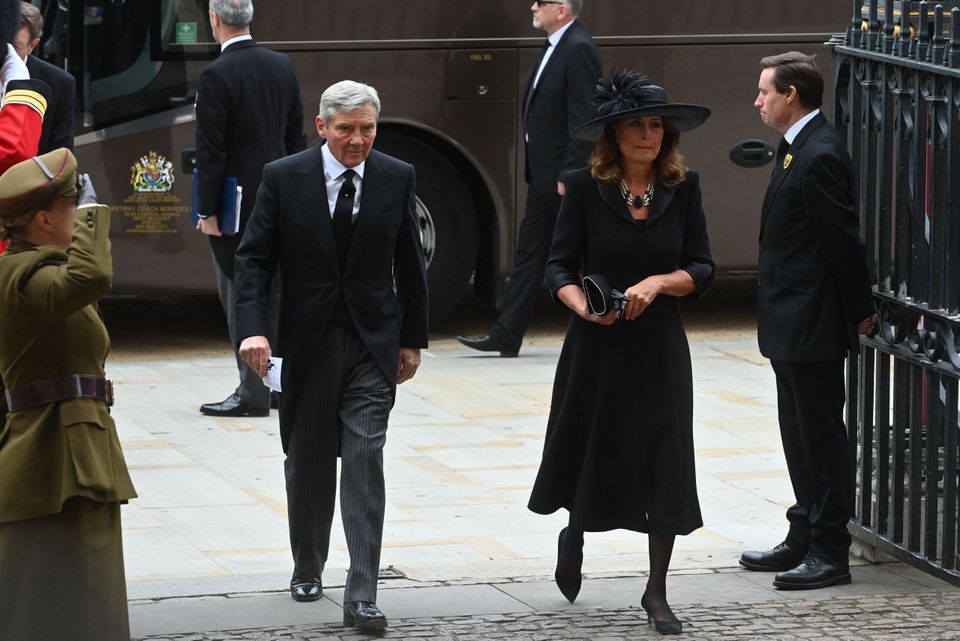 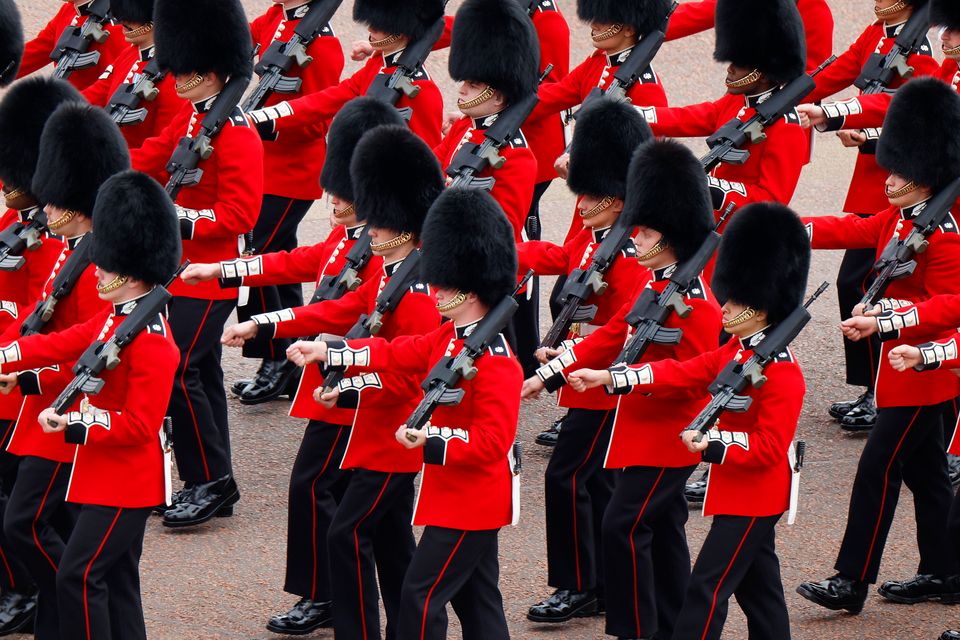 Coldstream Guards ahead of the state funeral Queen Elizabeth II on Sep. 19. 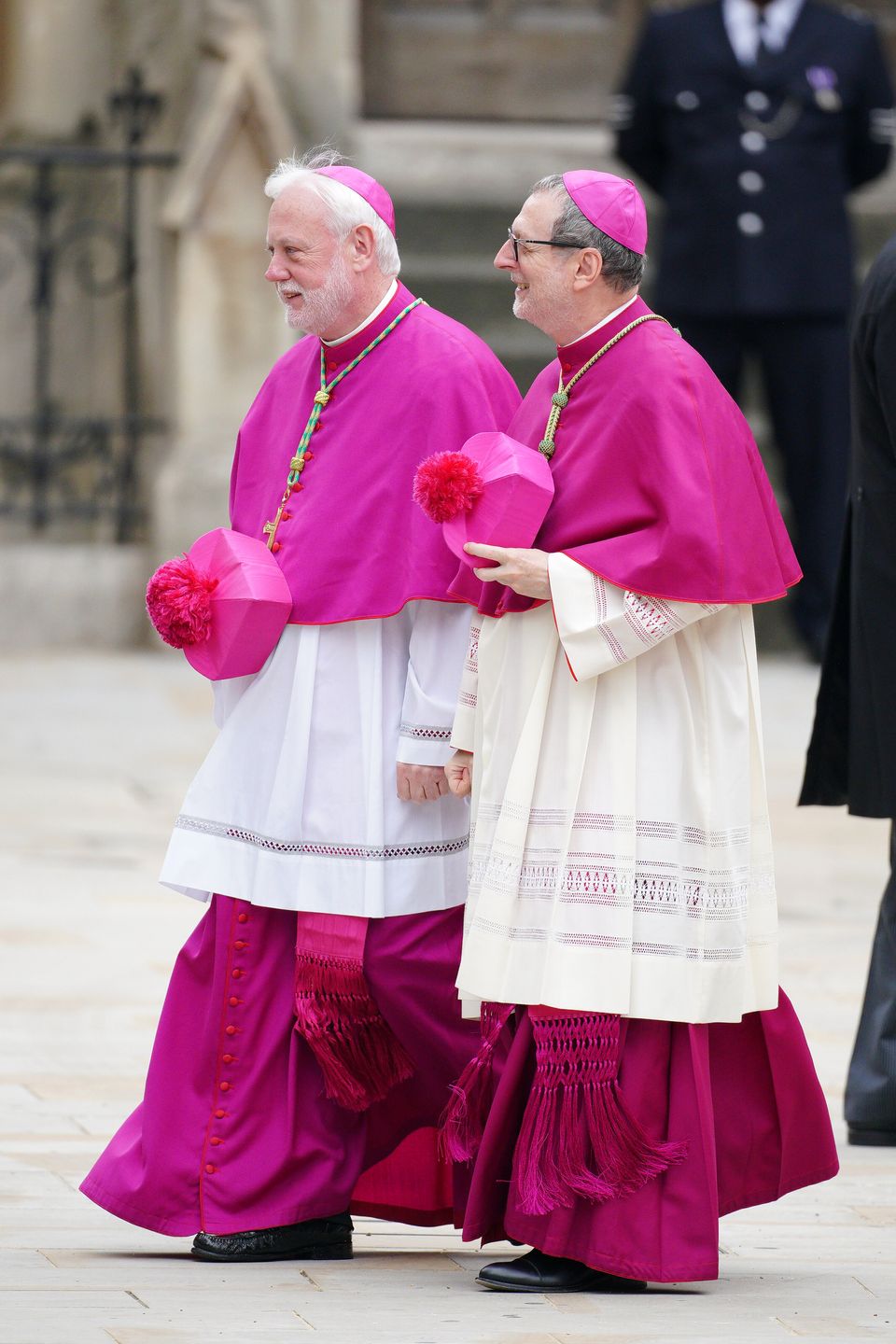 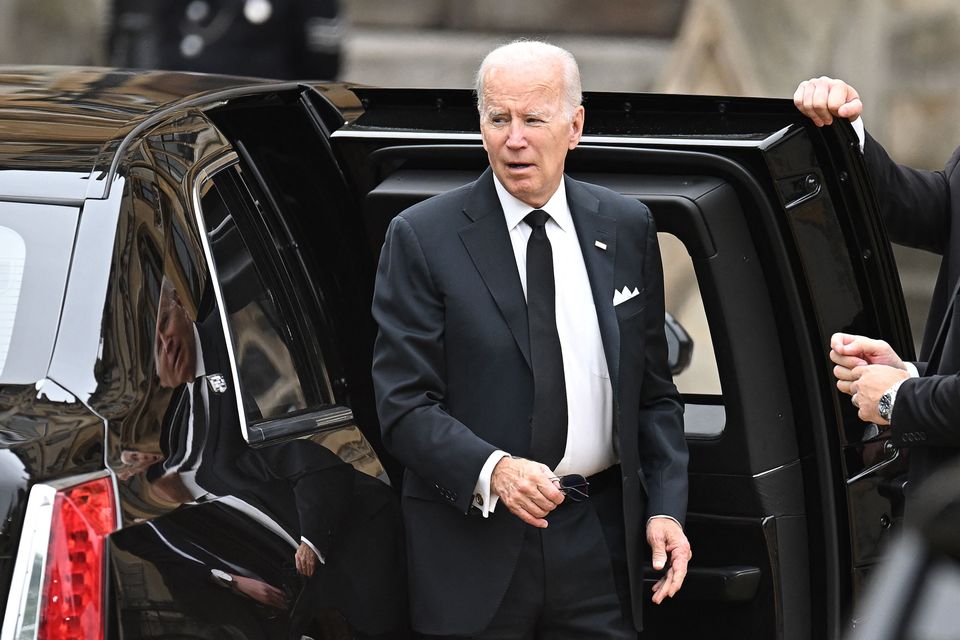 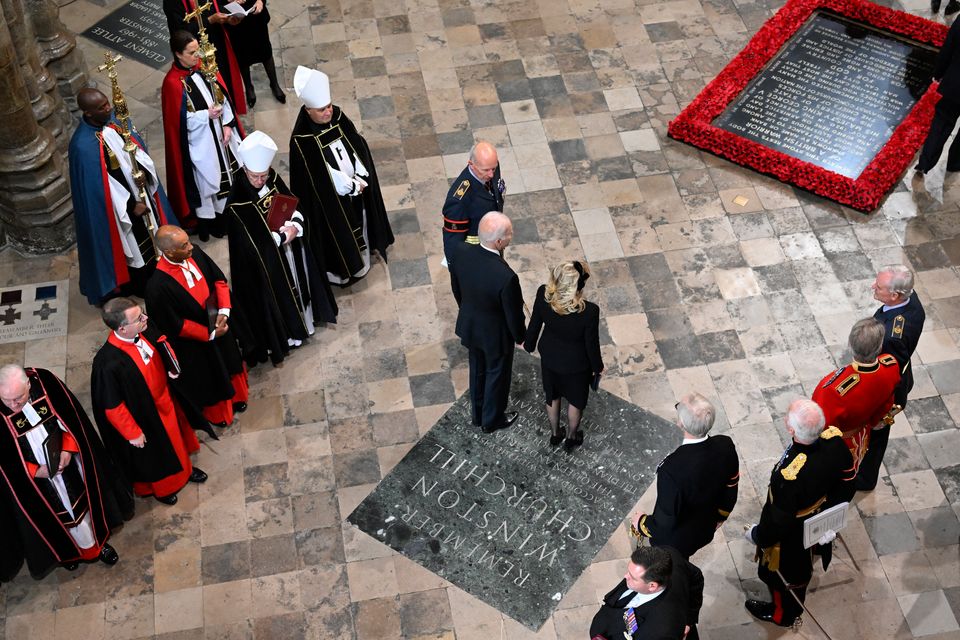 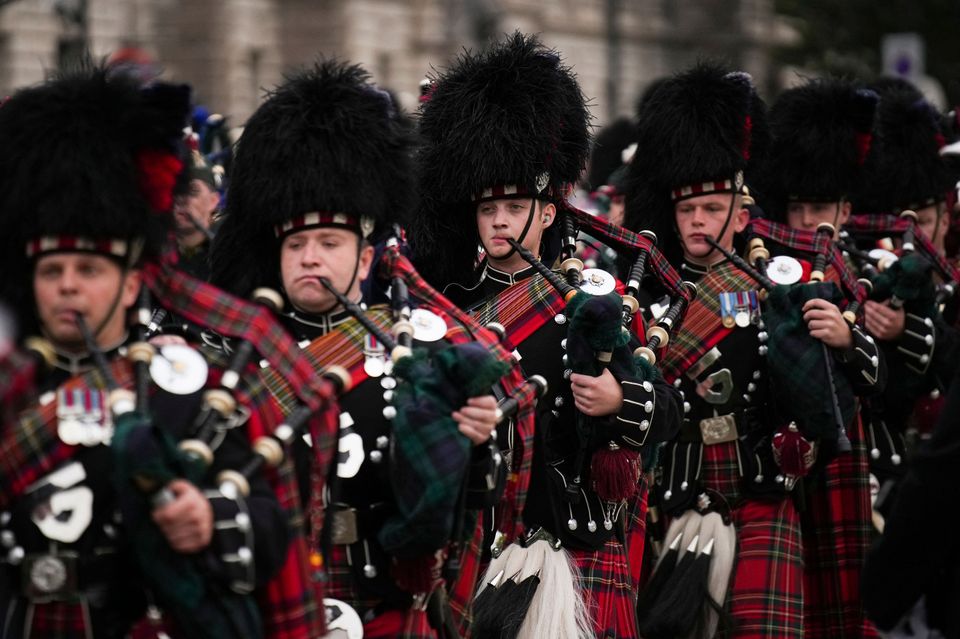 A marching band performs ahead of the funeral service for Queen Elizabeth II. 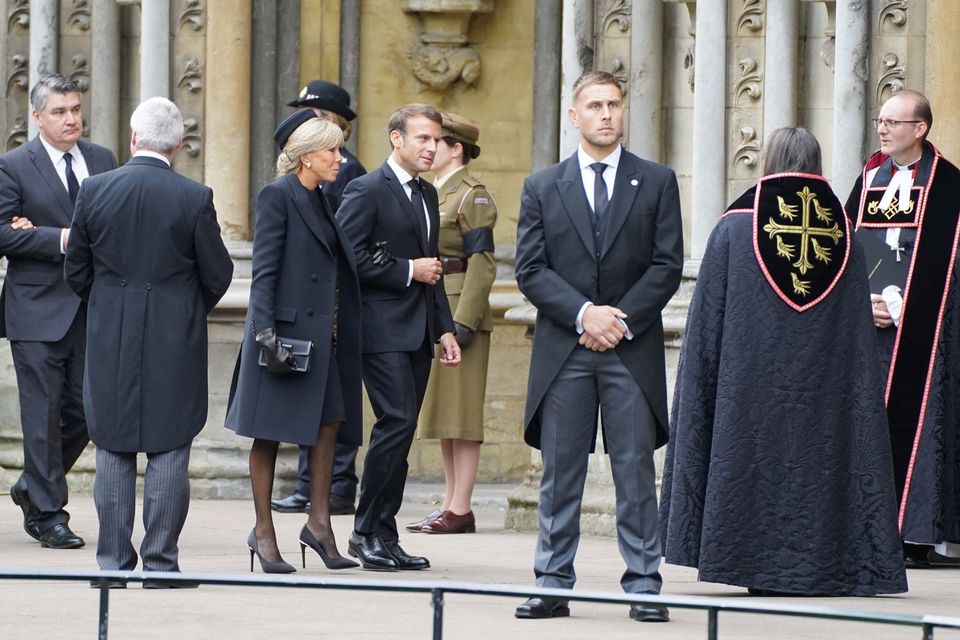 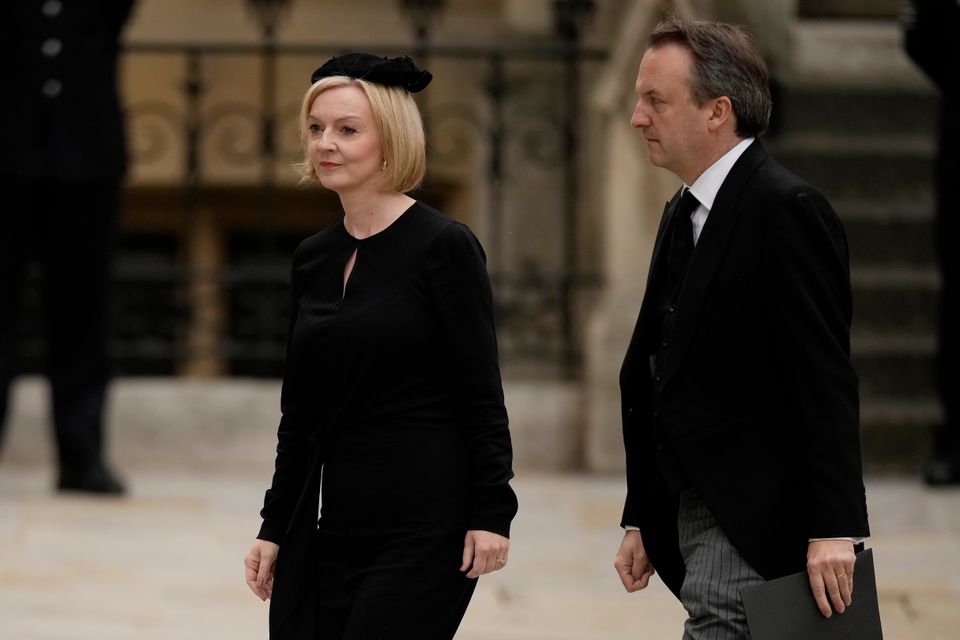 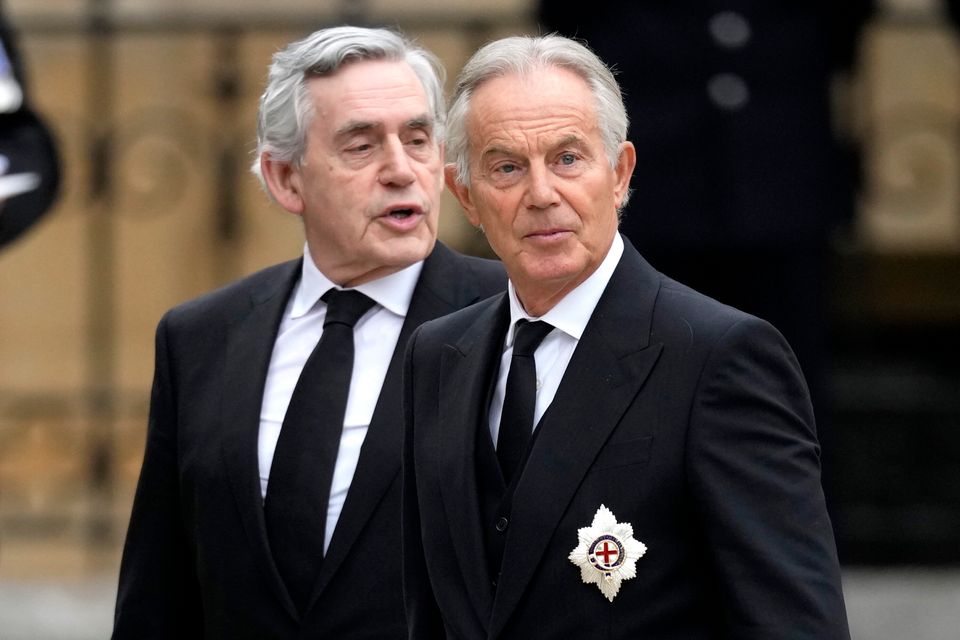 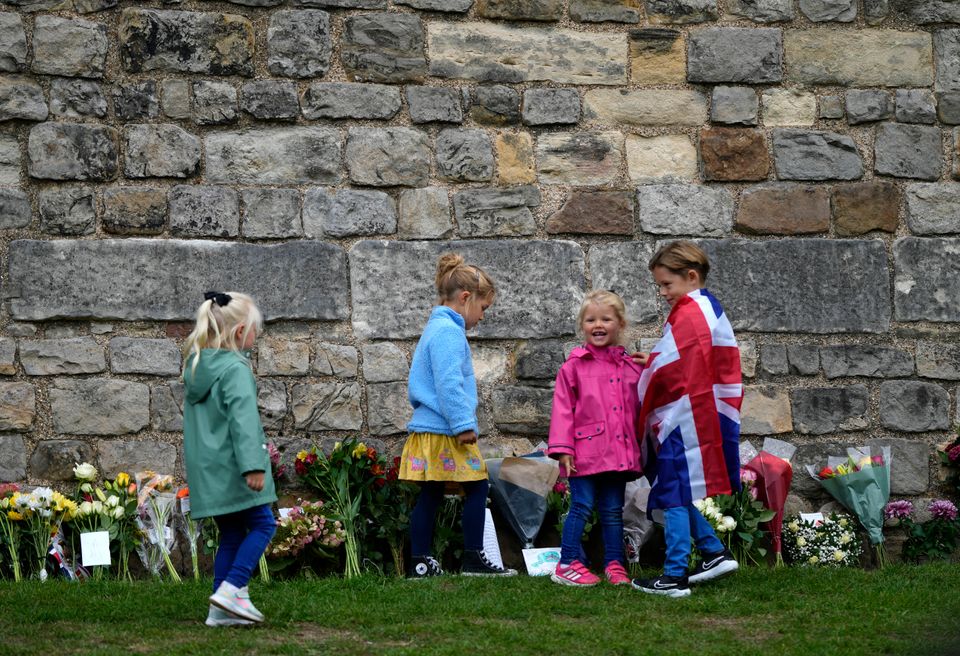 Children view flower arrangements left outside Windsor Castle as they wait for the coffin of Queen Elizabeth II to arrive on Sep. 19, 2022 in Windsor, England. The committal service at St George’s Chapel, Windsor Castle, will take place following the state funeral at Westminster Abbey. 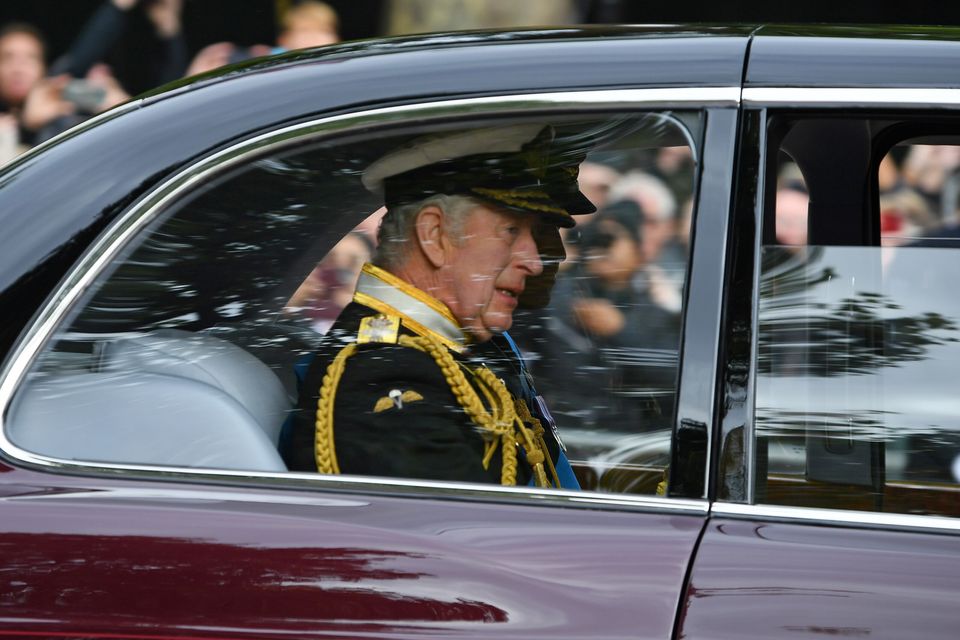 King Charles III is seen on The Mall ahead of the State Funeral of his mother, Queen Elizabeth II. 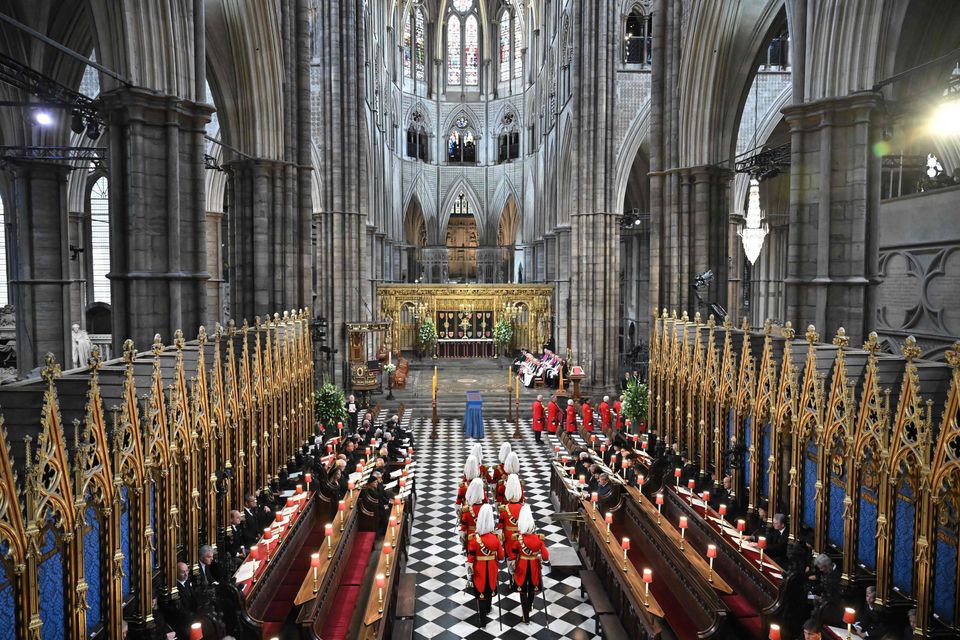 Gentlemen at Arms, the Queen’s bodyguard takes part in the state funeral service. 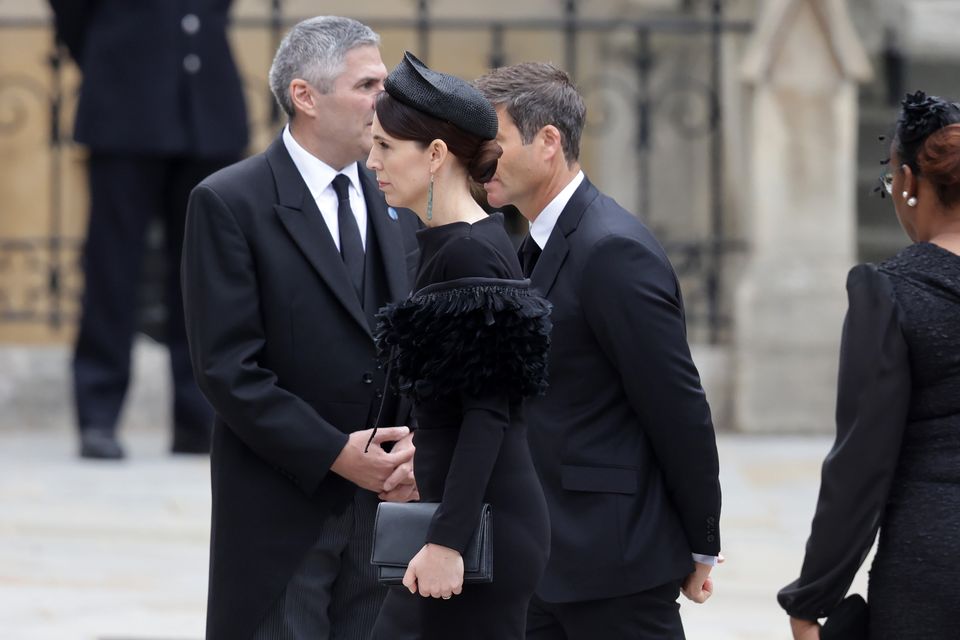 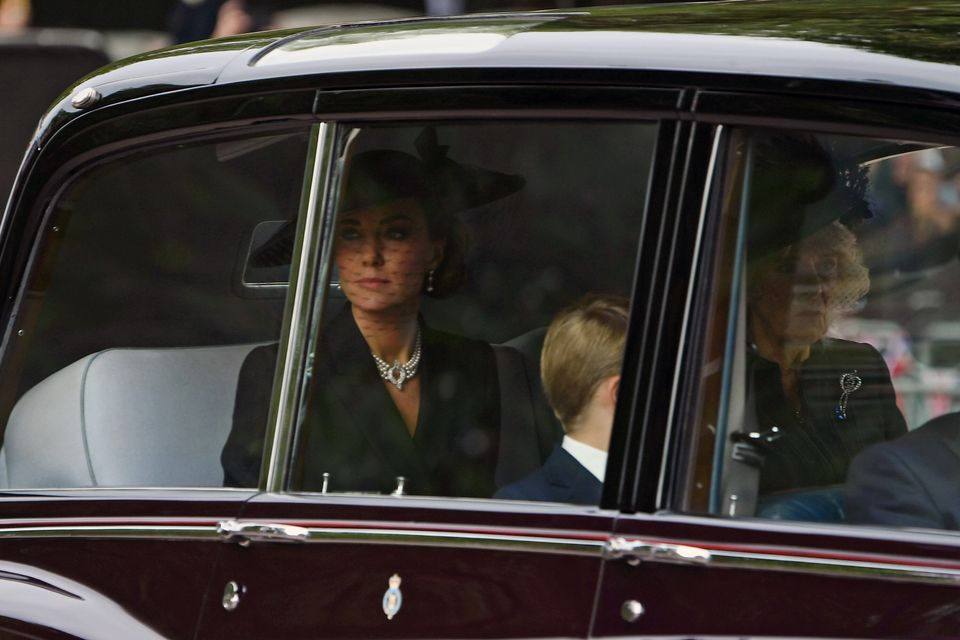 Catherine, Princess of Wales, Camilla, Queen Consort and Prince George of Wales are seen on The Mall ahead of the state funeral. 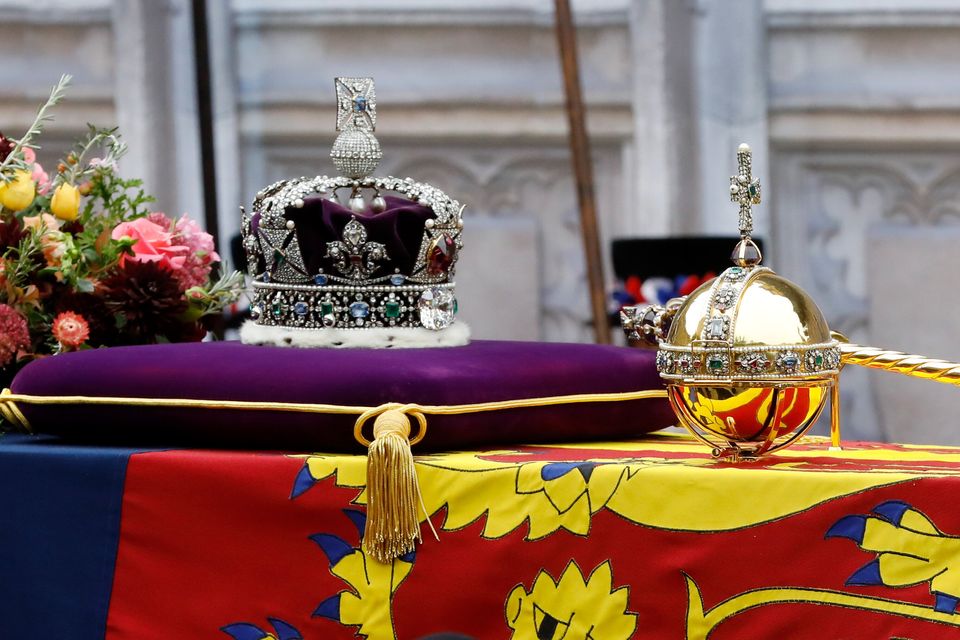 The coffin of Queen Elizabeth II with the Imperial State Crown resting on top is carried into Westminster Abbey. 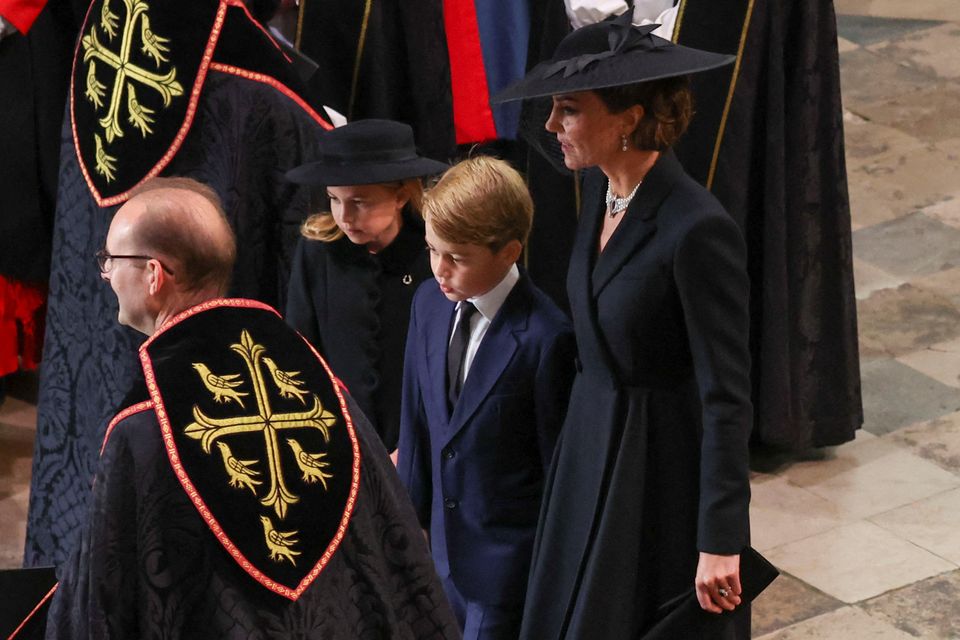 The Princess of Wales, Princess Charlotte and Prince George arrive. 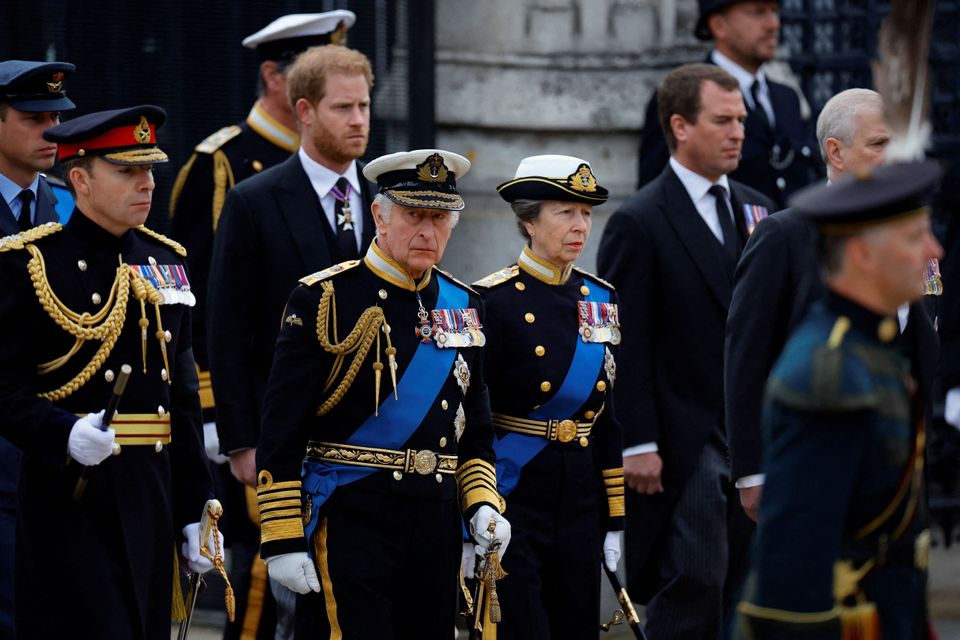 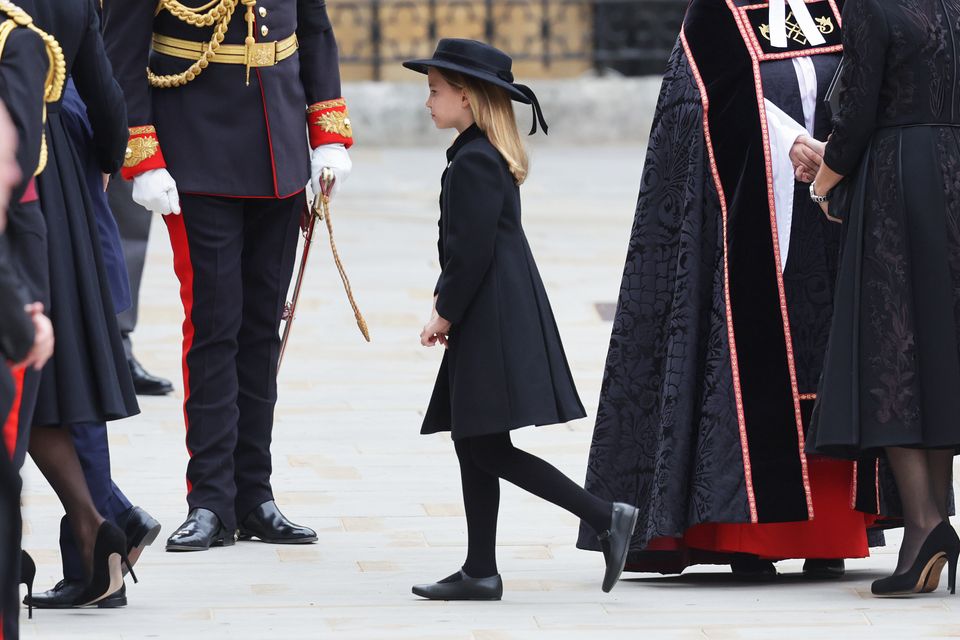 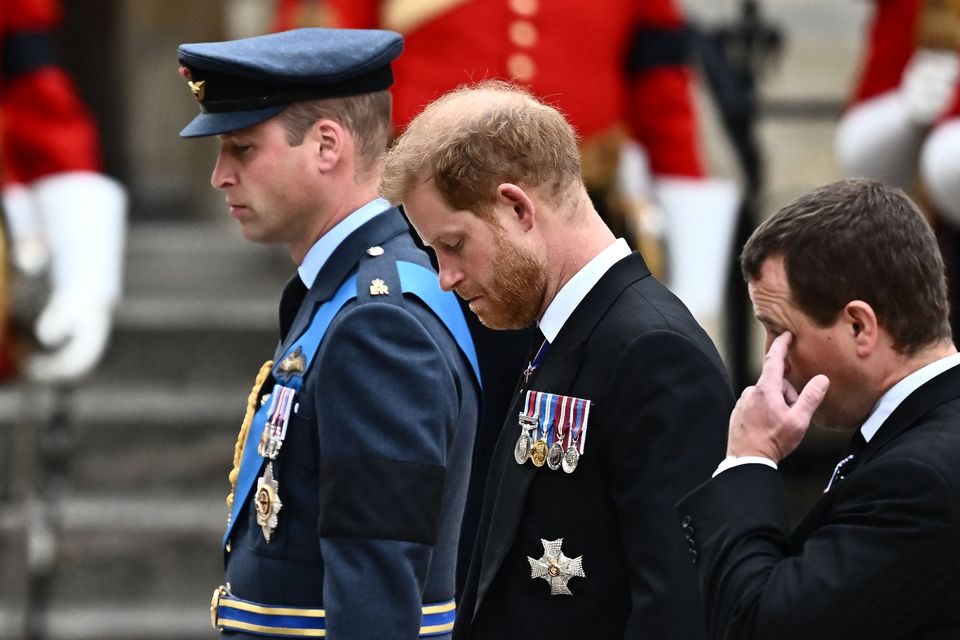 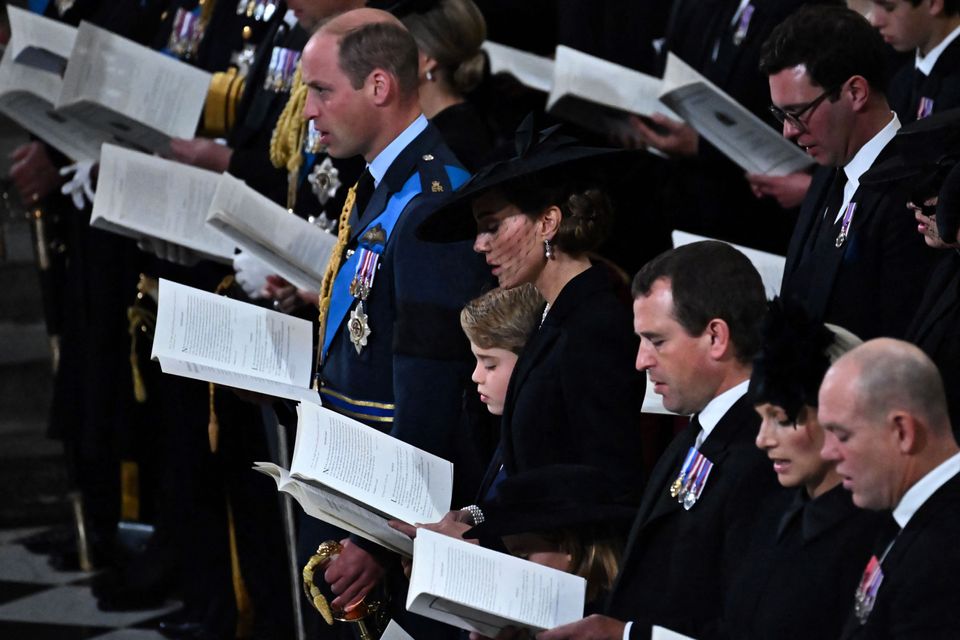 The Prince and Princess of Wales, Prince George of Wales, Peter Phillips, and Zara and Mike Tindall attend the state funeral service.