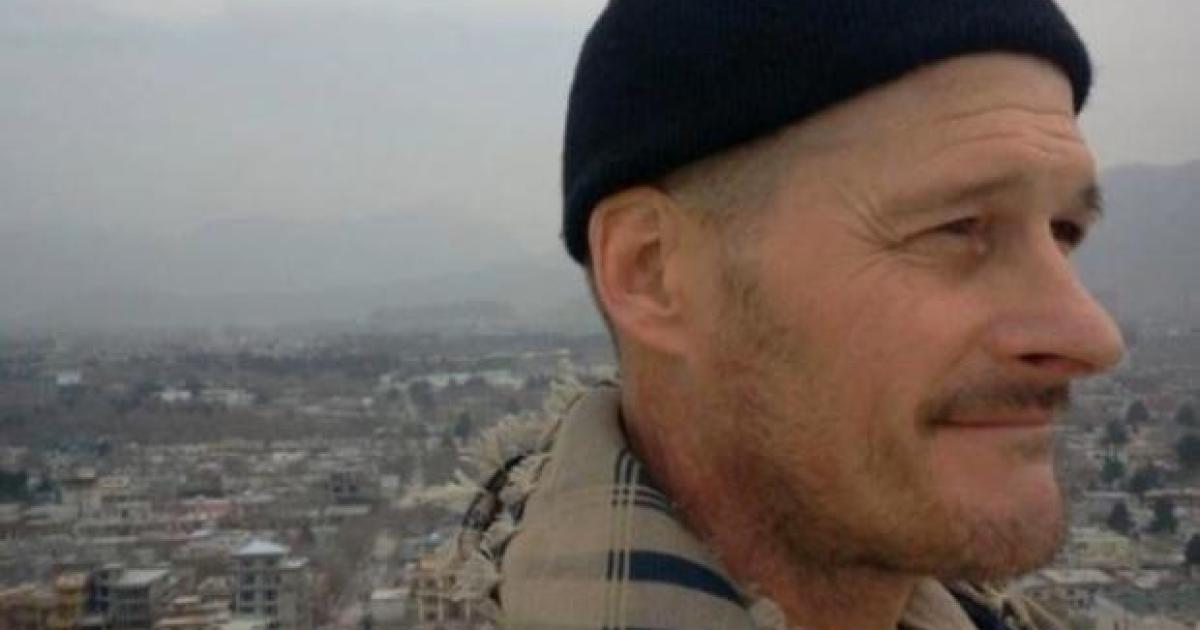 Washington — An American contractor held hostage in Afghanistan for more than two years by the Taliban has been released, CBS News has confirmed, as a Taliban drug lord jailed by the United States was also freed and returned to Kabul.

Mark Frerichs, a Navy veteran who’d spent more than a decade in Afghanistan as a civilian contractor, was abducted in Kabul in January 2020 and was believed to have been held since then by the Taliban-linked Haqqani network.

Negotiations for his release had centered on a deal that would also involve the release of Bashir Noorzai, a notorious drug lord and member of the Taliban who told reporters in Kabul on Monday that he spent 17 years and six months in U.S. captivity.

A senior administration official told CBS News, “We have secured Mark Frerich’s release and President Biden called his family this morning to share the good news. Bringing Mark home has been a top priority for President Biden and his national security team.

“In order to bring home a U.S. citizen and reunite him with his family, the president made the difficult decision to grant clemency to Haji Bashir Noorzai.

” … We will continue to work intensively – using a wide range of tools – to bring home all Americans wrongfully detained or held hostage abroad, and Mark’s successful release is evidence of our commitment.”

A sister of Frerichs, who is from Lombard, Illinois, thanked U.S. government officials who helped secure his release.

“I am so happy to hear that my brother is safe and on his way home to us. Our family has prayed for this each day of the more than 31 months he has been a hostage. We never gave up hope that he would survive and come home safely to us,” Charlene Cakora said in a statement.

In Afghanistan, Noorzai told reporters at a news conference that he’d been released from an unspecified U.S. prison and handed over earlier in the day to the Taliban in Kabul, in exchange for an American prisoner held in Afghanistan he didn’t identify.

Other Taliban officials claimed Noorzai was held at the U.S. detention facility at Guantanamo Bay, but didn’t offer say anything to support that claim.

The Taliban-appointed foreign minister, Amir Khan Muttaqi, also spoke at the news conference alongside Noorzai and welcomed the exchange, saying it marked the start of a “new era” in U.S.-Taliban relations.

Frerichs, abducted on Jan. 31, 2020, was last seen in a video distributed earlier this year, pleading for his release so that he could be reunited with his family, according to a recording posted by The New Yorker magazine at the time.

“This can be a new chapter between Afghanistan and the United States, this can open a new door for talks between both countries,” Muttaqi said at the Kabul news conference.

“This act shows us that all problems can be solved through talks and I thank both sides’ teams who worked so hard for this to happen,” Muttaqi added.

U.S. officials across two presidential administrations had tried unsuccessfully to win Frerichs’ releas. In the video, which marked the first time Frerichs was seen since his abduction, he says it was filmed last November.

Videos of hostages are sometimes released to show proof that they are alive and to facilitate negotiations for a release, though it wasn’t immediately clear if that was the case here. The New Yorker said it obtained the clip from an unidentified individual in Afghanistan.

At the time, the FBI declined to comment on the video’s authenticity, but Cakora issued a statement thanking the Taliban for releasing the video and describing it as “public confirmation of our family’s long-held belief that he is alive after more than two years in captivity.”

In July 2021, she told CBS News she wanted to tell Mr. Biden she knows he’s “well aware of my brother. You know my brother’s situation. … Are you doing every effort that you can to get my brother home, like you would if he were your own brother?”

Cakora told CBS News a day didn’t go by without her imagining the moment she gets word that her brother is coming home.

“When they give me that phone call, and tell me that they found Mark and he’s on a plane, you’re going to go meet with him… I would give him the biggest hug when I see him,” she said. “I don’t think I’d want to let go.”

Since their takeover of Afghanistan in August last year, the Taliban have demanded that the United States release Noorzai in exchange for Frerichs amid expectations of such exchanges for U.S. citizens held in Afghanistan.

However, there’d been no public sign of Washington moving forward on any sort of prisoner trade or exchange.

The Taliban also posted a brief video Monday on social media showing Noorzai’s arrival at the Kabul airport, where he was welcomed by top Taliban officials, including Muttaqi.

At the news conference, Noorzai expressed thankfulness at seeing his “mujahedeen brothers” – a reference to the Taliban – in Kabul.

“I pray for more success of the Taliban,” he added. “I hope this exchange can lead to peace between Afghanistan and America, because an American was released and I am also free now.”