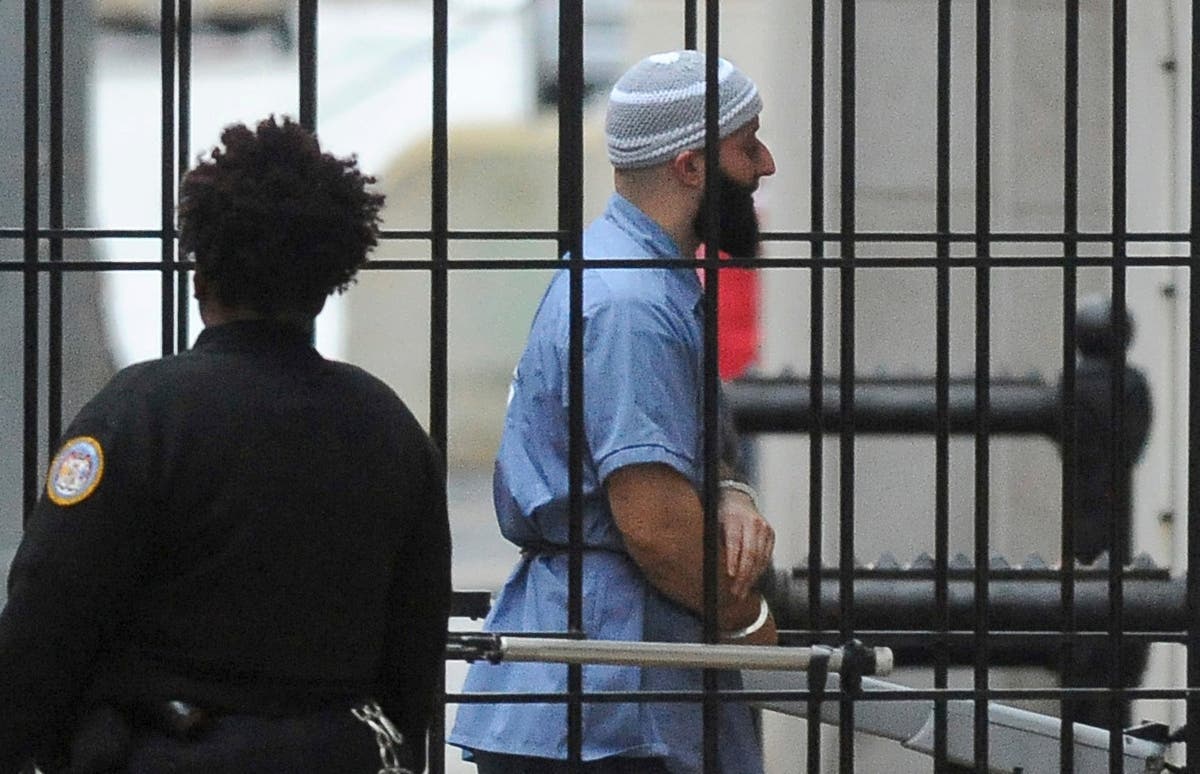 Adnan Syed could walk free from prison on Monday, after an almost year-long investigation uncovered new evidence about the possible involvement of two alternative suspects in the 1999 slaying of student Hae Min Lee.

Lee, 18, vanished without a trace back on 13 January 1999 after leaving Woodlawn High School in Baltimore, Maryland, where she was a senior.

Her body was found around one month later buried in a park in Baltimore. She had been strangled.

Syed, Lee’s former boyfriend who was 17 at the time, was arrested and charged with her murder.

In 2000, he was convicted of murder, robbery, kidnapping and false imprisonment and sentenced to life in prison.

On Wednesday – after more than two decades behind bars where Syed has continued to maintain his innocence of any involvement – Maryland prosecutors made a bombshell request for his release.

Baltimore City State’s Attorney Marilyn Mosby said that “the state no longer has confidence in the integrity of the conviction” based on doubts about the validity of cellphone records as well as new information about two unnamed suspects.

Prosecutors asked a judge to overturn Syed’s conviction, grant him a new trial “at a minimum” and release him on bail or on his own personal recognizance while the investigation continues.

A court hearing is scheduled for 2pm ET on Monday where – if the judge agrees – Syed could walk free in a matter of hours.

Prosecutors stopped short of saying that they believe Syed to be innocent, instead saying that they want to ensure the true killer or killers are brought to justice – whether that is the 41-year-old or someone else.

“After a nearly year-long investigation reviewing the facts of this case, Syed deserves a new trial where he is adequately represented and the latest evidence can be presented,” said Ms Mosby.

“As stewards of the court, we are obligated to uphold confidence in the integrity of convictions and do our part to correct when this standard has been comprised,” she said.

“We have spoken with the family of Ms Hae Min Lee and [they] fully understand that the person responsible for this heinous crime must be held accountable.”

Prosecutors and Syed’s defence attorneys have spent the past year investigating the case which captured international attention thanks to the 2014 Serial podcast.

In March, they filed a request for Lee’s clothing to be tested for touch DNA – technology that was not available during the original trial.

It is not clear if the testing turned up any results.

But six months on from the filing of the motion, prosecutors said that there was new evidence about the possible involvement of two alternative suspects.

Wednesday’s motion also cited the unreliability of cellphone tower data that was used as evidence to place Syed at the scene of the crime.

Who are the two suspects?

Wednesday’s court filing did not name the two alternate suspects in the case, citing an ongoing investigation.

Prosecutors said that the two alternate suspects were both known to the initial 1999 murder investigation and were not properly ruled out or disclosed to the defence.

One of the suspects was ruled out by police based on faulty polygraph tests, the documents state.

Both suspects have criminal records, with one convicted of attacking a woman in her car and the other convicted of serial rape and sexual assault.

According to the new court documents, one of the suspects had threatened to kill Lee around the time of her murder.

He said that “he would make [Lee] disappear. He would kill her,” the documents state.

While prosecutors have not named the two alternate suspects, other names did crop up in the Serial podcast which first broke the case wide open.

Serial, from journalist Sarah Koenig, told the story of the Lee’s murder and Syed’s conviction, raising doubts about his guilt or – at the least – in the prosecution’s case.

Following its 2014 release, it was a huge hit and brought global attention to the little-known case.

In it, Ms Koenig named Ronald Lee Moore, a career criminal and accused murderer from Baltimore, as a suspect in Lee’s slaying.

Moore, who died by suicide in a Louisiana prison in 2008, was previously convicted of burglary and was also suspected in a series of other burglaries, unsolved sexual assaults and murders across Maryland.

He was released from prison just 10 days before Lee’s disappearance and death.

He was part of the original investigation but DNA found at the crime scene did not match him. It also didn’t match Syed.

It is not clear if the new DNA touch testing has now tied him to the case.

Following his 2008 death, Moore has been tied to at least two unsolved murders of young women around the same time as Lee’s slaying.

In 2020, Moore was identified as the killer of 23-year-old Shawn Marie Neal who was found strangled to death in her condo in North Myrtle Beach, South Carolina, in 1996.

No one was ever charged in Neal’s slaying and the case went cold, until DNA from the murder scene was finally linked to Moore almost 25 years on.

In 2013, Moore was also named as a suspect in the 1999 murder of Annelise Hyang Suk Lee in Baltimore.

It is not clear if Moore is one of the two alternate suspects now suspected in Lee’s murder.