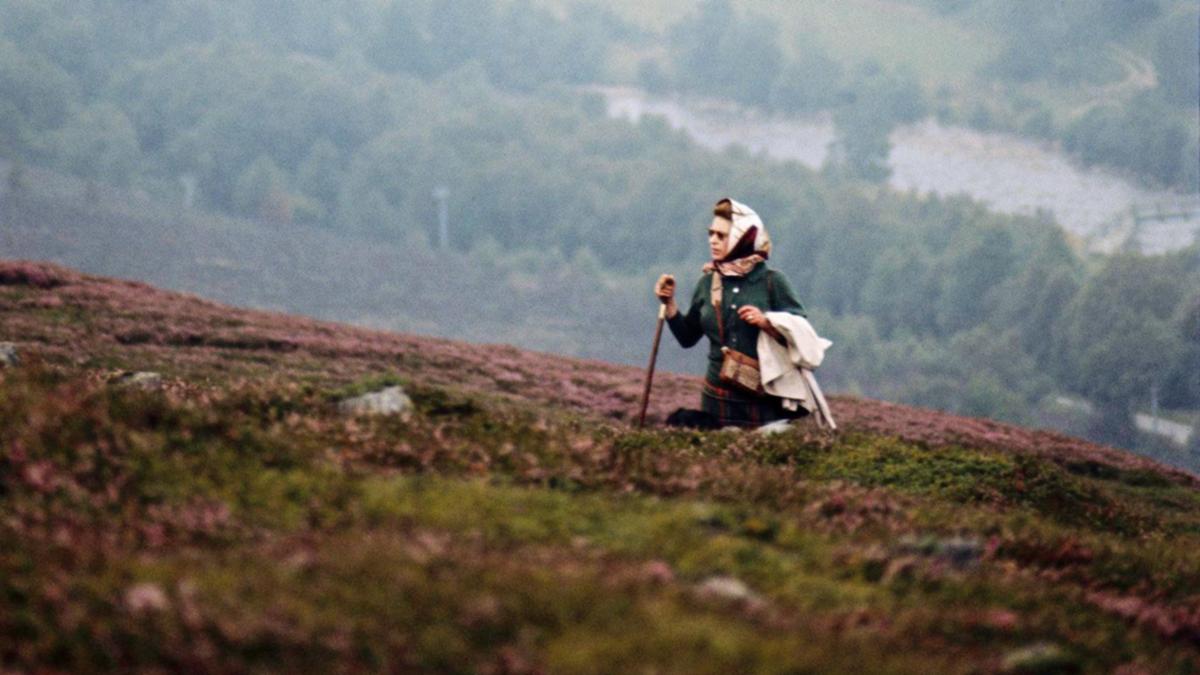 The Royal Family have paid a touching final tribute to the Queen after she was laid to rest with her beloved Prince Philip following a day of public ceremonies — watched by as many as four billion people worldwide.

In a tribute titled “In loving memory of Her Majesty The Queen”, the family shared a never-before seen image of the late monarch hiking through heathlands.

The touching post issued via the royal family’s social media account also harked back to her son King Charles’s first address to the nation in which he quoted the Shakespeare’s immortal play Hamlet: “May flights of Angels sing thee to thy rest.”

It comes after a highly-symbolic moment in which the Queen’s crown, orb and sceptre were removed from her coffin so she could descend into her grave “as a simple Christian soul”.

Her Majesty returned home to Windsor to be reunited for eternity with her husband, father, mother and sister in the royal crypt at St George’s Chapel as her 70-year reign officially came to an end.

The royal family stood at the end of the short committal service as the Queen was slowly lowered, while the Dean of Windsor said: “Go forth upon thy journey from this world, O Christian soul.”

He also offered the commendation — a prayer in which the deceased is entrusted to God’s mercy.

Moments earlier, the Dean had placed the Queen’s crown and other jewels on the altar before the Lord Chamberlain snapped his staff of office — signifying the severing of the Queen from her public service in death.

The Garter King of Arms then pronounced the styles and titles of the Queen as all power moved to her son King Charles before the coffin was lowered to the lament of a lone piper and Britain and the world said a tender farewell to the late monarch following 70 years of service.

King Charles looked deeply moved as the Queen’s oak coffin descended to the crypt on a day where he appeared tearful on a number of occasions as he said goodbye to his “Mama”, the 12th British monarch to be buried at Windsor.

Her Majesty’s long journey to her final resting place — and to be reunited with the Duke of Edinburgh — began in Balmoral on the day of her death 11 days ago and ended with her private interment next to her “strength and stay” Philip.

The King scattered earth on his mother’s coffin at a private family service.

The service was marked with a tweet from the royal family’s official Twitter account, which tonight shared a black and white image of the Queen with her family and her darling Prince Philip, who died in April 2021.

A Buckingham Palace spokesman said: “A private burial took place in The King George VI Memorial Chapel, conducted by the Dean of Windsor.

“The Queen was buried together with The Duke of Edinburgh, at The King George VI Memorial Chapel.”

Today in The West Australian, a final farewell as the world stops to mark the passing of our Queen. The funeral service, the family, the famous faces, the final procession. An historic 12-page pictorial special only with The West Australian.