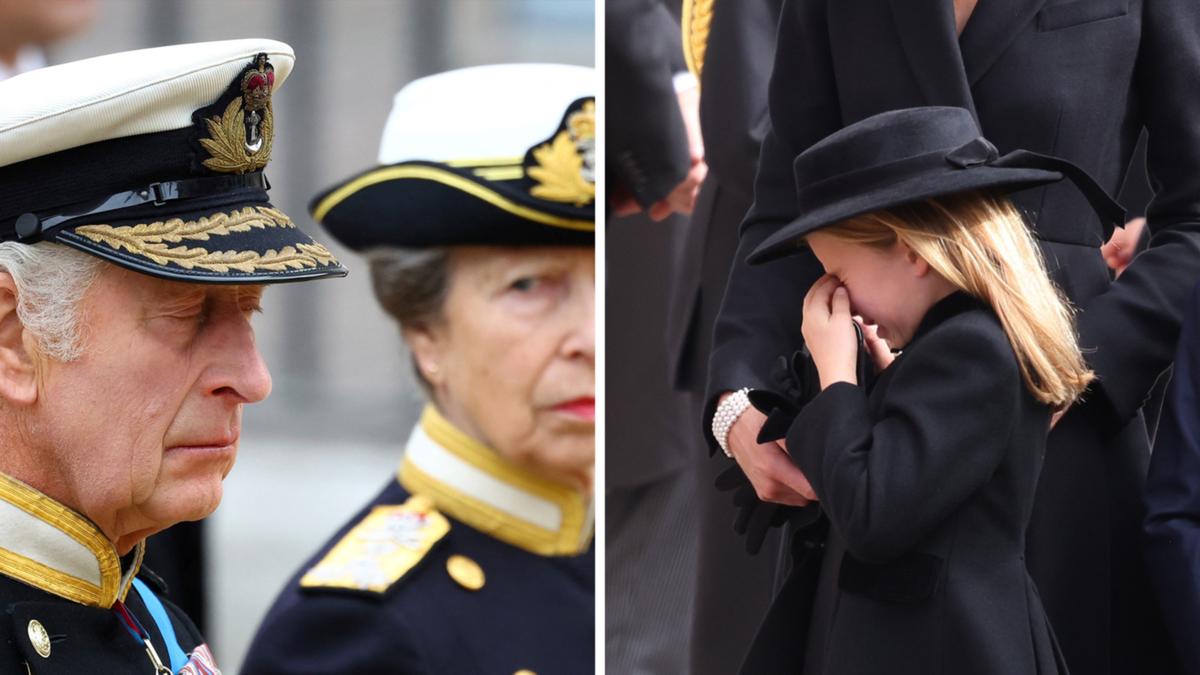 It was day full of emotion for the royal family as they laid their beloved matriarch to rest on Monday, but some of the moments were simply heartbreaking for the billions of people watching on from home.

Here’s some of the most touching.

King Charles III was visibly heartbroken throughout many of the key moments of his mother’s funeral.

Close-up TV shots showed the grief on his face as he wiped tears away during the final hymn, Love Divine, All Loves Excelling.

At one point his sister Princess Anne looked at him with concern before turning back to focus on her mother’s coffin in front of her.

He also welled up when the entire congregation sang God Save the King.

As the church stood for the final moments of the service and before the Queen’s coffin departed the Abbey, His Majesty blinked tears away.

She was the youngest person among the 2000 mourners at Queen Elizabeth’s funeral and Princess Charlotte earned praise for how well she carried herself throughout.

She also delivered one of the most touching moments of the entire proceeding when she finally broke down and sobbed as she left the service.

Mother Kate, though, was on hand to offer comfort.

The Queen’s corgis and one of her favourite ponies played a poignant role in the final farewell to their devoted owner.

The neatly groomed young dogs — Muick and Sandy — were brought into the Windsor Castle quadrangle for the arrival of the Queen’s coffin ahead of her committal service in St George’s Chapel.

Seated side-by-side and overlooking the Queen’s flag-draped coffin at the committal service in St George’s Chapel in Windsor, Prince Harry and his seven-year-old niece shared a special moment.

Charlotte adjusted her black hat as the Dean of Windsor spoke, and then glanced up at her grieving uncle who gave the seven-year-old a small, reassuring smile before they both turned their attention back to the service.

She might no longer be a working royal, but Meghan was still heartbroken at the Queen’s funeral.

The Duchess of Sussex was overcome with emotion and was seen in tears at the ceremony.

The Duchess was unable to control her heartbreak at the Westminster Abbey service, which was attended by 2000 people on Monday.

Meghan was seen putting her hand to her face as she sat alongside Sophie, Countess of Wessex. She was also pictured with a tear rolling down her face, using a gloved hand to wipe it away.

Sarah Ferguson and her children, Princesses Beatrice and Eugenie, have shared a sweet moment as she arrived to say goodbye to the Queen.

After arriving with their husbands, Edoardo Mapelli Mozzi and Jack Brooksbank, the royals turned to look for their mother, Sarah, the Duchess of York.

The sisters signalled for their mother to join them as they moved to their seats, but she shook her head in a gesture demonstrating she would stay behind the Queen’s two youngest grandchildren Lady Louise Windsor and James Viscount Severn.