The Portuguese ex-police chief who probed the disappearance of Madeleine McCann said her parents are ‘still suspects’ as he gloated over his court win today.

Goncalo Amaral laid into Gerry and Kate in a radio interview in his native country after learning they had lost the latest round of their libel battle against his 2008 book.

The couple had taken him to the European Court of Human Rights after years of litigation in his homeland over Truth of the Lie, which accused them of covering up Madeleine’s ‘accidental’ death in their Praia da Luz holiday apartment in May 2007.

The McCanns reacted to their court defeat by admitting they were ‘naturally disappointed’ at the decision but insisting they had no regrets about pursuing their long and arduous legal battle.

They said it meant the focus was now ‘rightly’ on the search for Madeleine and her abductors.

Hours later, Amaral was on Portuguese radio, insisting: ‘Today the court referred once again to an important question.

‘The couple are suspects, were suspects and remain suspects. Nothing else happened to the contrary.’ 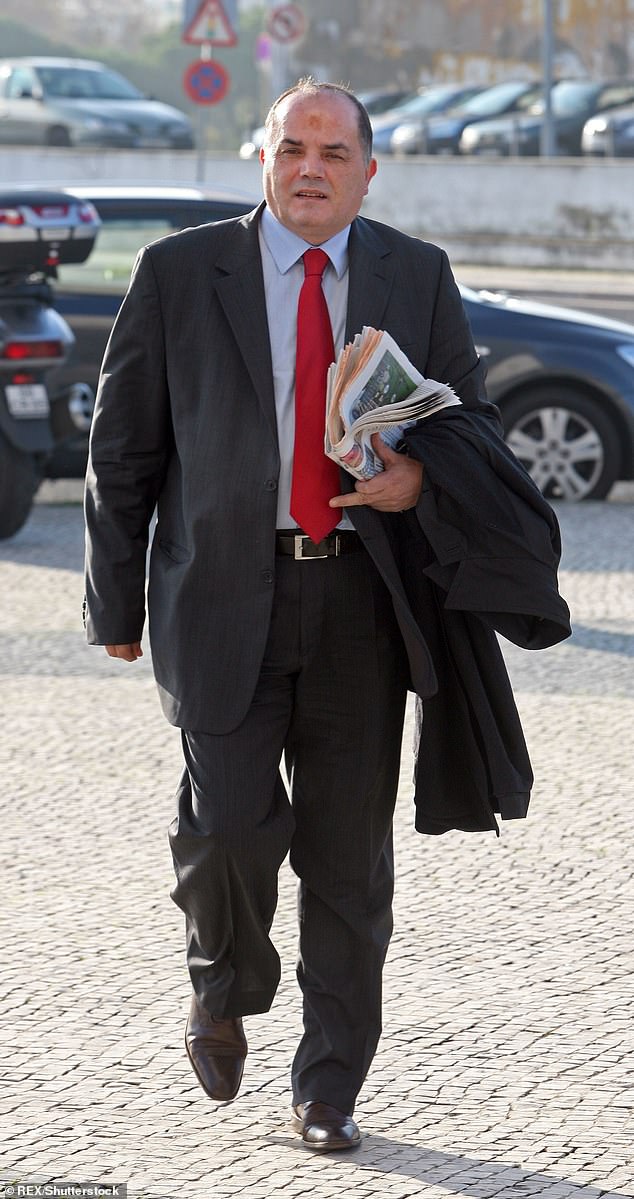 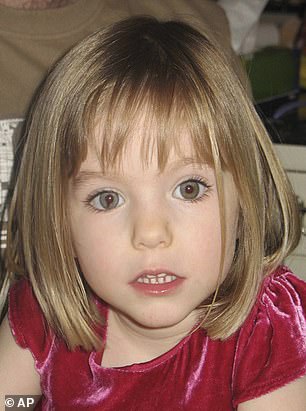 Madeleine went missing from a holiday apartment in Praia da Luz where she was staying with her parents in 2007, and no trace of her has ever been found

Referring to prime suspect Christian Brueckner who Amaral has claimed in the past is a scapegoat, he added in an interview on Radio Renascenca: ‘Thousands even millions of euros have been invested in recent years to create a false suspect.’

Amaral’s comments came despite the McCanns having their ‘arguido’ status lifted by the Portuguese authorities in July 2008.

Portugal’s Supreme Court said in 2017 in a previous ruling on the Amaral book that did not mean they had been cleared and did not equate to ‘proof of innocence.’

But all new lines of inquiry in recent years, both in Portugal and the UK as well as in Germany where Brueckner is serving a seven-year prison sentence for raping an American pensioner, have excluded any responsibility of the parents.

The German was recently made an ‘arguido’ or suspect in Portugal.

Amaral, removed as head of the initial Policia Judiciaria inquiry which led to the finger being pointed at the McCanns, crowed after learning the latest court decision over his book had gone against the couple: ‘This is a victory for Portuguese justice against those who do not want the discovery of the truth of the realisation of justice.

‘So many times Portugal is defeated in the ECHR and today it emerged victorious.’

The McCanns won their initial libel case against Amaral but he appealed and Portuguese judges reversed the decision – prompting the McCanns to appeal to the European Court of Human Rights in Strasbourg.

European judges delivered their verdict today and rejected the appeal, giving the McCanns three months to decide whether to appeal again. A source close to the pair told MailOnline they are ‘disappointed’ and are reviewing their legal options. 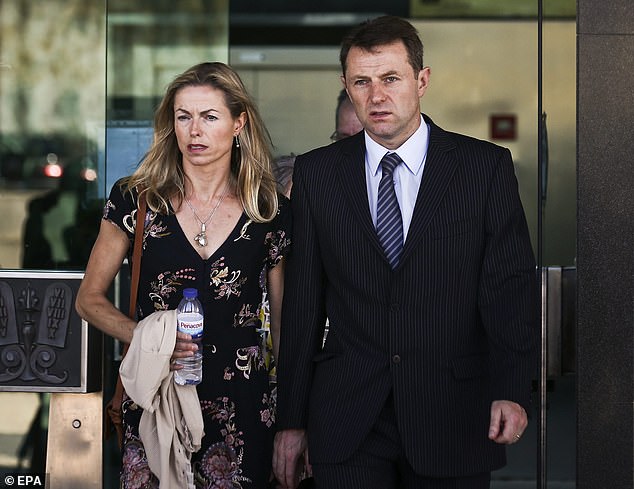 A statement posted on the official ‘Find Madeleine McCann’ Facebook page, the McCanns said: ‘We are naturally disappointed with decision of the European Court of Humans Rights announced today.

‘However, much has changed since we started legal proceedings 13 years ago against Mr Amaral, his publisher and broadcaster.

‘We took action for one and only one reason: Mr Amaral’s unfounded claims were having a detrimental impact on the search for Madeleine.

‘If the public believed that we were involved in her disappearance, then people would not be alert for possible clues and may not report relevant information to the relevant law enforcement agencies.

‘The focus is now rightly on the search for Madeleine and her abductor(s). We are grateful for the ongoing work by the British, German and Portuguese police.

‘We hope that with, the help of the public, hard work and diligence we can eventually find those responsible for Madeleine’s disappearance and bring them to justice.’

Lawyers for Kate and Gerry had been arguing that the Portuguese courts breached their right to respect for a private and family life in the way the case was handled.

They also argued their right to a fair hearing had been damaged by Amaral’s statements alleging their involvement.

However, European judges rejected that claim – saying the McCanns’ reputation had actually been damaged by Portuguese police naming them as suspects for a short time and not Amaral’s comments.

They also dismissed claims that Portuguese authorities had breached their right to privacy, noting the parents had taken part in their own media interviews and participated in a documentary. 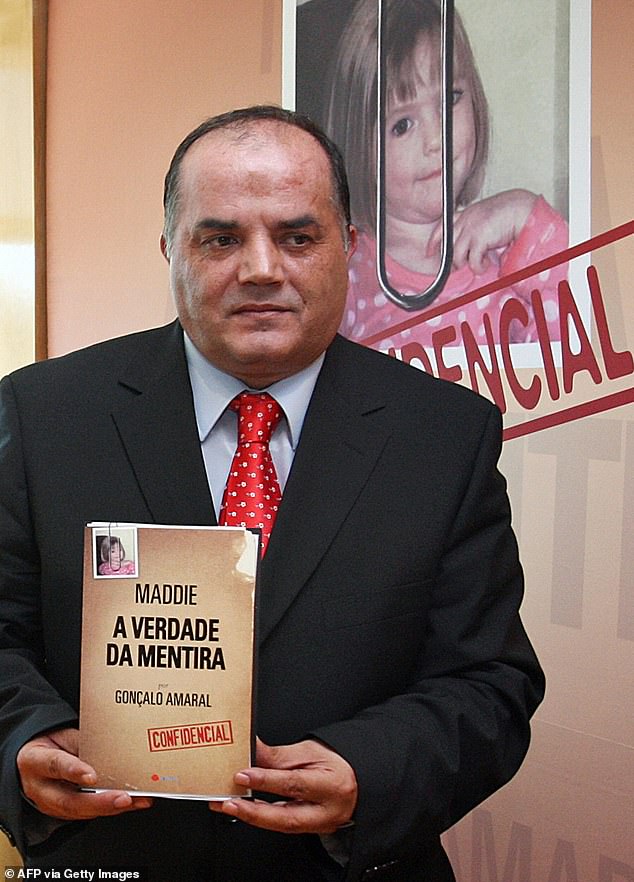 Goncalo Amaral, the Portuguese police officer who led the initial investigation, later claimed in a book that the McCanns were involved in Maddie’s disappearance

In a five page judgement issued today, the seven judges wrote: ‘The Court considered that, even assuming that the applicants’ reputation had been damaged, this was not an account of the argument put forward by the book’s author.

‘Rather [their reputation was damaged] as a result of the suspicions expressed against them, which had led to their being placed under investigation in the course of the criminal investigation.’

The judges added: ‘The information had thus been brought to the public’s attention in some detail even before the investigation file was made available to the media and the book in question published.

‘It followed that the national authorities had not failed in their positive obligation to protect the applicants’ right to respect for their private life.’

The Court in Strasbourg also highlighted how Portugal’s Supreme Court in previous rulings had ‘not implied any guilt on the applicants or even suggested suspicions against them’ saying that as a result their ‘complaint concerning their right to be presumed innocent was manifestly ill-founded.’

Rejecting the argument that the book had harmed their right to a private life, the judges noted that the McCann’s themselves had undertaken a tour of media interviews following the book’s publication.

‘In particular they cooperated in a documentary programme about their daughter’s disappearance and continued to give interviews to the media,’ they said.

‘While the Court understood that the book’s publication had undeniably caused anger, anguish and distress to the applicants it did not appear that the book, or the broadcasting of the (Amaral) documentary, had a serious impact on the applicants social relations or on their legitimate and ongoing attempts to find their daughter.’

The panel was headed by president Gabriele Kucsko-Stadimayer from Austria, as well as British judge Tim Eicke and colleagues from Bulgaria, Armenia, Andorra, Netherlands and Portugal. 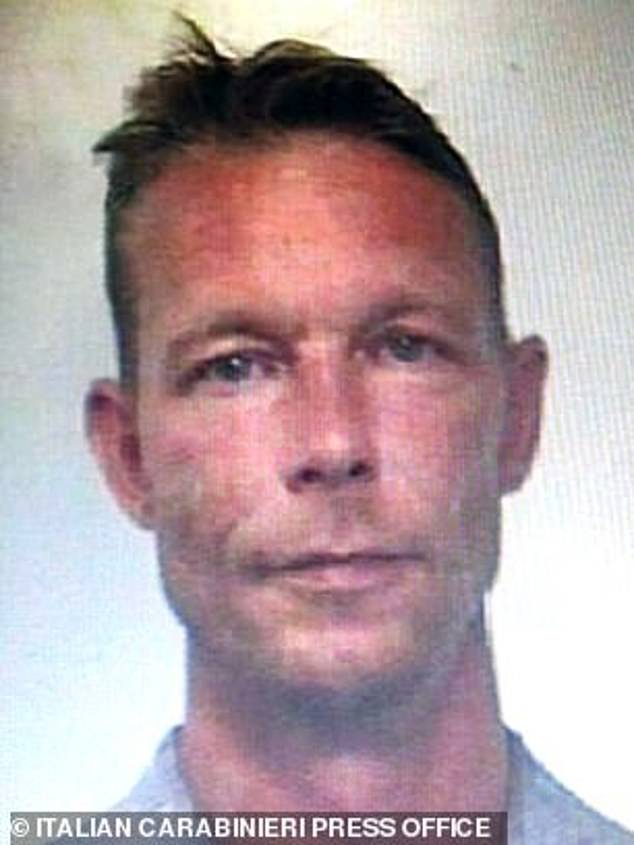 German prosecutors have named Christian Brueckner, who is currently in jail for rape, as the prime suspect in Madeleine’s disappearance

A source close to the family said: ‘They felt very strongly about the case, otherwise they wouldn’t have taken it to the European Court of Human Rights.

‘Clearly in their eyes Goncalo Amaral’s comments were completely unjustified and they felt compelled to take the case against the Portuguese Supreme Court ruling to Strasbourg. They will now examine the judgement and decide what to do.

‘The most important thing for them is finding what happened to their daughter and that has always been uppermost for them.’

Madeleine was three years old when she vanished from a holiday apartment where she was staying with her parents, brother and sister in Praia da Luz, Portugal.

Kate and Gerry had been eating in a restaurant near the apartment with a group of friends who were going back periodically to check on the sleeping children.

But when Kate went back to the apartment around 10pm to check on the children, she found that Madeleine was missing.

Despite years of investigations – initially by Portuguese police led by Amaral, and later by British detectives – no trace of the schoolgirl has ever been found.

In 2020, investigators took the extraordinary step of naming the chief suspect as Christian Brueckner – a German man currently in jail in his home country for rape.

Brueckner has previous convictions for child sex offences and drug smuggling, and in 2007 was known to be living out of a camper van near Praia da Luz.

Police say they have phone records that place Brueckner in the vicinity of the apartment where Madeleine was sleeping on the night she vanished, but cannot currently prove he took the girl.

Cops revealed his identity in the hopes of convincing someone with information to come forward, and have said they hope to bring charges this year.

Brueckner’s lawyers have stressed that he has not been formally charged and he has reportedly written a letter to German prosecutors from his jail cell telling them to ‘put up or shut up’.