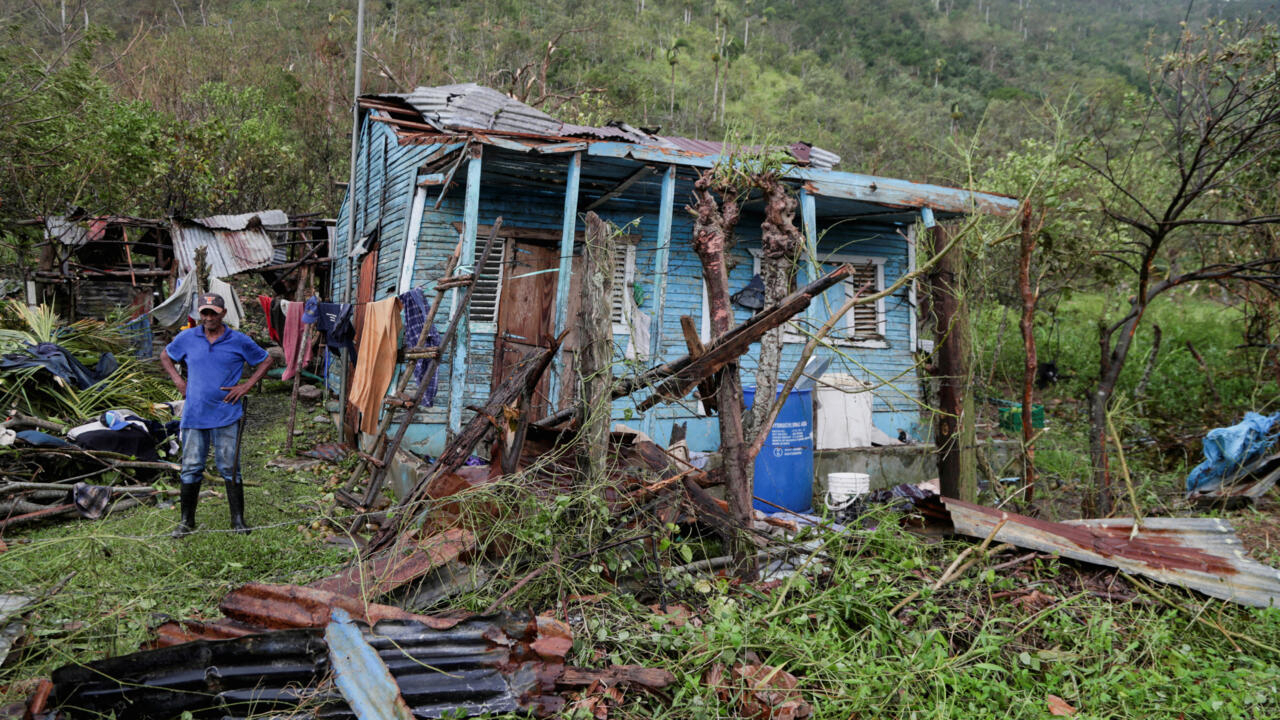 Hurricane Fiona continued its slow and devastating march northward after slamming the Turks and Caicos Islands on Tuesday and leaving a trail of destruction in Puerto Rico and the Dominican Republic.

The US National Hurricane Center (NHC) said Wednesday morning that the storm had grown stronger, registering maximum wind speeds of 130 miles per hour (210 kilometers per hour) as it barreled toward Bermuda.

The NHC said Fiona was 105 miles (170 kilometers) north of Turks and Caicos and had been upgraded to a Category 4 hurricane, the second highest level on the Saffir-Simpson scale.

“Swells from Fiona are expected to reach Bermuda by early Thursday. The swells could cause life-threatening surf and rip current conditions,” the NHC said in its latest advisory.

At least five people have died as the storm churned across the Caribbean — one in the French overseas department of Guadeloupe and two each in Puerto Rico and the Dominican Republic.

“Hurricane Fiona has proven to be an unpredictable storm,” Anya Williams, the deputy governor of Turks and Caicos, said in a broadcast.

Williams said no casualties or serious injuries had been reported in Turks and Caicos, but she urged residents to continue to shelter in place.

Blackouts were reported on Grand Turk and several other islands in the archipelago and 165 people were admitted to shelters, she said, adding that Britain’s Royal Navy and the US Coast Guard are standing by to provide assistance.

Authorities said Tuesday that more than 10,000 people had been moved to “safe areas,” while about 400,000 are without electricity.

“It came through at high speed,” Vicente Lopez told AFP in Punta Cana, bemoaning the destroyed businesses in the area.

‘I have food and water’

US President Joe Biden has declared a state of emergency in Puerto Rico and dispatched the head of the Federal Emergency Management Agency to the island, which is still struggling to recover from Hurricane Maria five years ago.

Pierluisi said the storm had caused catastrophic damage on the island of three million people since Sunday, with some areas receiving more than 30 inches (76 centimeters) of rain.

“About 80 percent of Puerto Ricans are still without power and about 65 percent are without water service,” Carlo said.

A man was killed as an indirect result of the power blackout — burned to death while trying to fill his generator, according to authorities.

On Monday afternoon, Nelly Marrero made her way back to her home in Toa Baja, in the north of Puerto Rico, to clear out the mud that surged inside after she evacuated.

“Thanks to God, I have food and water,” Marrero — who lost everything when Hurricane Maria hit — told AFP by telephone.

The latest storm has left around 800,000 people without drinking water as a result of power outages and flooded rivers, officials said.

After years of financial woes and recession, Puerto Rico in 2017 declared the largest bankruptcy ever by a local US administration.

Later that year, the double hit from hurricanes Irma and Maria added to the misery, devastating the electrical grid on the island — which has suffered from major infrastructure problems for years.

The grid was privatized in June 2021 in an effort to resolve the problem of blackouts, but the issue has persisted, and the entire island lost power earlier this year.