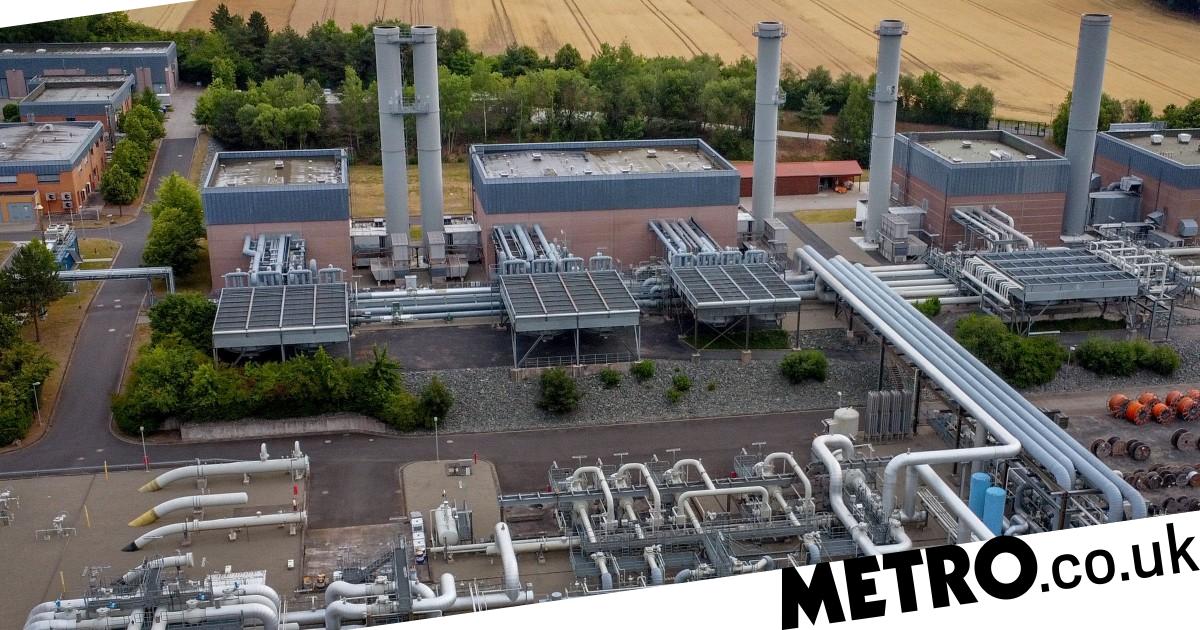 Russia has cut Latvia off from its gas supply, the latest escalation in what risks descending into an energy war between Moscow and Europe this winter.

The continent remains dependent on Russian imports and the Kremlin could use its natural resources as leverage when demand surges later in the year.

With gas prices already pushed to record highs and bill-payers facing more huge hikes, the prospect of steeper prices and shortages is worrying governments across the continent.

The state-owned corporation Gazprom confirmed shipments to the Baltic state would end, claiming they had broke ‘terms for extraction of gas’.

It provided no further details but Russia has previously insisted countries pay for imports in rubles, a move designed to bolster its currency.

Governments around Europe have refused to do so, saying it would break international sanctions, and have had their supply cut off in retaliation.

Gazprom previously suspended shipments to around a dozen European Union countries including the Netherlands, Poland and Bulgaria, because they would not consent to the demand.

Pressure on energy markets created by the invasion of Ukraine has sent shockwaves through the global economy.

Rising gas prices have pushed inflation to levels not seen in decades and caused cost of living pressures around the world.

European governments have been scrambling to diversify energy sources and store gas in preparation for the winter but the continent remains vulnerable.

Vladimir Putin could create further misery for Western economies by continuing to cut gas supply, a move which could lead to rationing, put the breaks on industry and trigger a recession.

There was a clear sign the Kremlin is open to using energy to attack Europe when supplies to Germany were slashed this week.

Gazprom said it was reducing the flow of natural gas through the Nord Stream pipeline to just 20%, citing the need for repairs.

Berlin has rejected the company’s claim that unplanned maintenance work is needed. The economic ministry said on Monday: ‘According to our information, there is no technical reason for a reduction in deliveries.’

The EU is pursuing a strategy of driving down gas usage by 15% through the summer in order to have more in storage should the Kremlin turn off the taps during winter.

Brussels also signalled it could seek powers to impose emergency energy cuts and restrictions on members states in the event of severe shortages.

Spain and Portugal signaled they would oppose any such move, pointing out countries like Germany and Italy have closer energy ties to Russia.