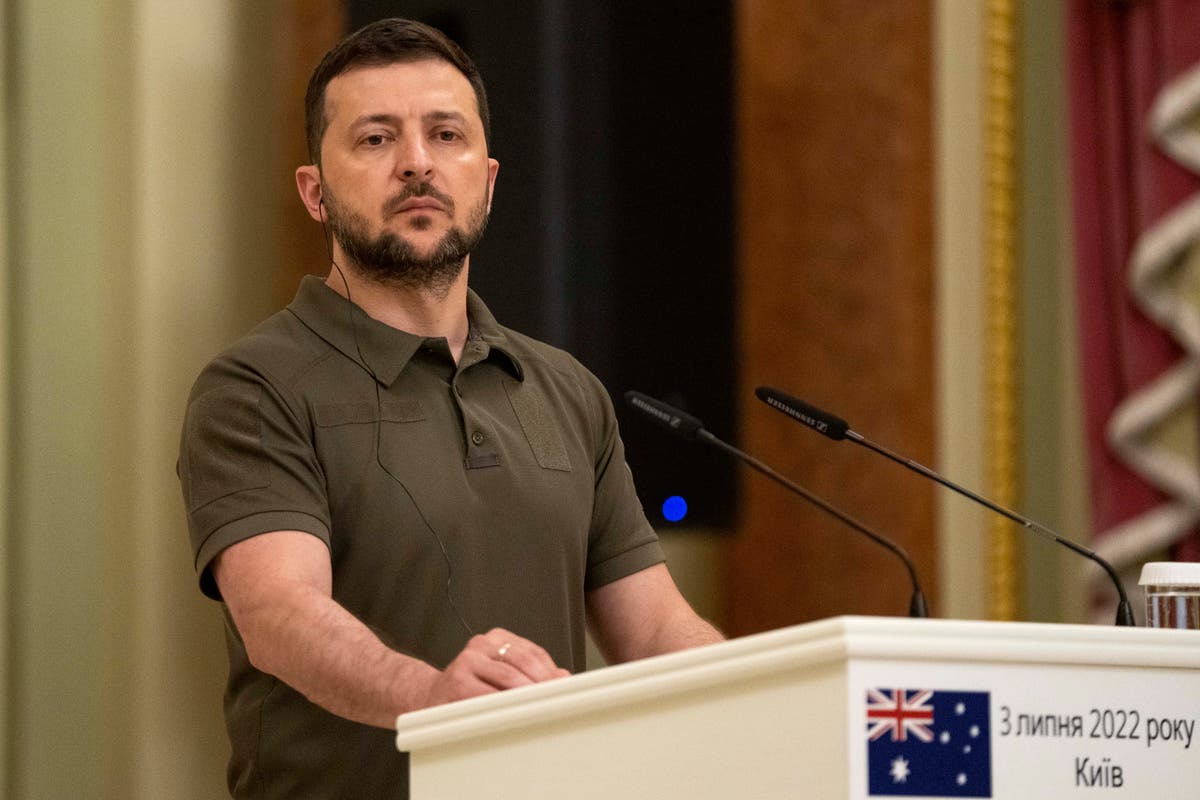 Ukrainian president Volodymyr Zelensky has called for the mass evacuation of the Donetsk region as fierce battles continue to devastate the area.

In a late-night address, the president said the hundreds of thousands of people still in combat zones need to leave.

“The more people leave Donetsk region now, the fewer people the Russian army will have time to kill,” he said, adding that residents would be given compensation.

“Many refuse to leave, but it still needs to be done,” he added. “If you have the opportunity, please talk to those who still remain in the combat zones in Donbas. Please convince them that it is necessary to leave.”

Deputy prime minister Iryna Vereshchuk was also quoted as saying the evacuation needed to take place before winter begins as the region’s natural gas supplies had been destroyed.

It follows an attack on prisoners of war in the seperatist-controlled area on Thursday night.

Both Ukrainian and Russian officials have been pointing the finger at each other for the attack on the prison complex.

“It was a deliberate Russian war crime, a deliberate mass murder of Ukrainian prisoners of war,” Mr Zelenskyy said in a video address late Friday. “There should be a clear legal recognition of Russia as a state sponsor of terrorism.” Separatist authorities and Russian officials said the attack killed 53 Ukrainian prisoners of war and wounded another 75.

Russia’s Defense Ministry issued a list naming 48 Ukrainian fighters, aged 20 to 62, who died in the attack; it was not clear if the ministry had revised its fatality count.

Families of Ukrainian prisoners of war are desperately waiting to hear if their loved ones survived the bombing.

Speaking to The Guardian, Alina Nesterenko, whose husband was taken to the prison after surrendering at Azovstal said: “At the moment, my husband is not on the lists and I believe that he is alive.”

The International Committee of the Red Cross, which has organised civilian evacuations and worked to monitor the treatment of POWs held by Russia and Ukraine, said it requested access to the prison “to determine the health and condition of all the people present on-site at the time of the attack.”

“Our priority right now is making sure that the wounded receive lifesaving treatment and that the bodies of those who lost their lives are dealt with in a dignified manner,” the Red Cross said.

But the organisation said late Saturday that its request to access the prison had not been granted.”

Granting ICRC access to prisoners of war is an obligation of parties to conflict under the Geneva Conventions,” the ICRC said on Twitter.