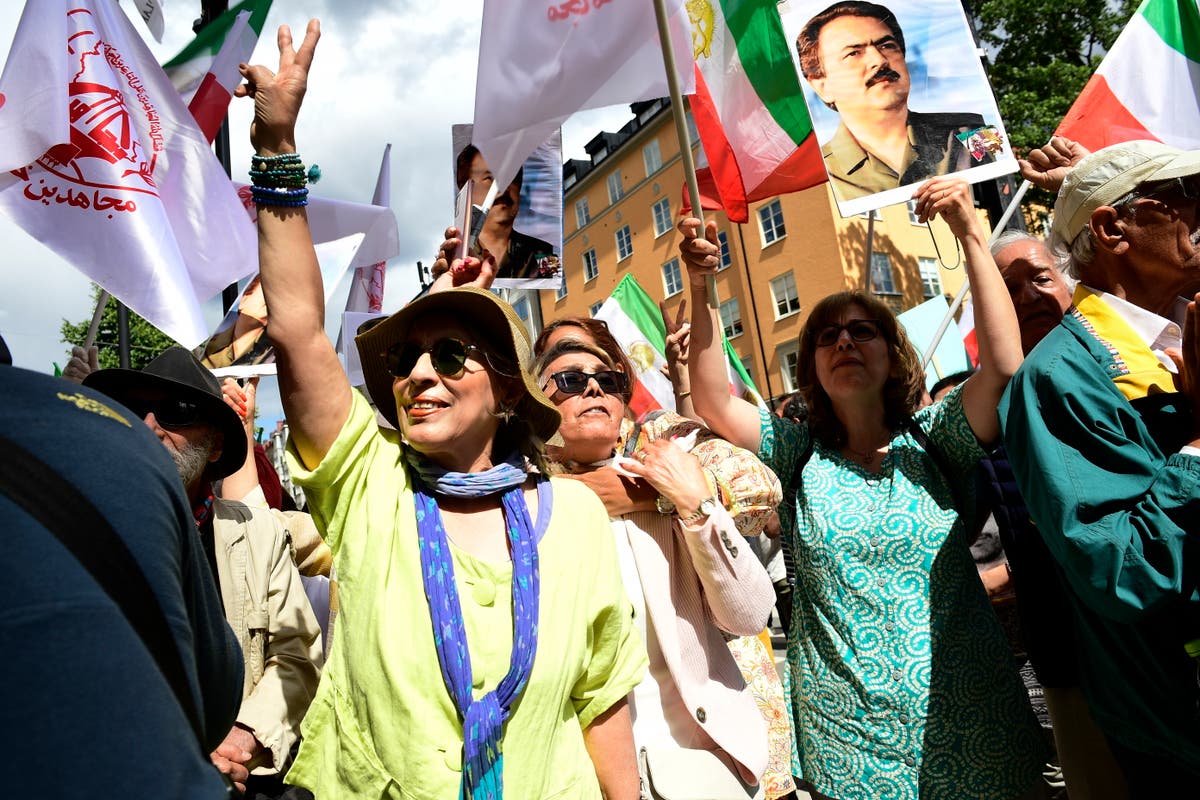 A Swedish court has sentenced a former Iranian official to life in prison for his role in a massacre of prisoners in Tehran nearly 35 years ago, in a case certain to have broad international ramifications.

Hamid Nouri, a 61-year-old former Iranian judiciary official, has been accused of participating in the executions of thousands of political prisoners in the summer of 1988. He was convicted in Stockholm District Court on Thursday on a charge of crimes against international law following a months-long trial.

The case is the latest application of the principle of universal jurisdiction, under which those accused of the most heinous crimes against humanity can be tried in any court.

“It is a historic day for me,” Laleh, the brother of a victim, told Swedish public broadcaster SVT. “I am very happy and grateful. I can not describe how I feel, I’m crying. That is the magic of justice today.”

The conviction and sentencing marks the first time that an Iranian official has been held accountable for the infamous prisoner massacres, which were ordered by Iran’s late Supreme Leader and founder, Ayatollah Ruhollah Khomeini, who died the following year.

Many of those killed had already been sentenced and were serving out their terms. But Khomeini wanted to empty out the prisons, and commanded that anyone in jail who refused to renounce their beliefs and embrace the Islamic regime should be put to death. Thousands were killed.  Nouri was accused of participation of acts of murder, including picking up prisoners, taking them to mass trials, and escorting them to execution sites.

“Unlike thousands of political prisoners who were executed without due process based on their religious and political beliefs in Iran in 1988, Hamid was tried in a democratic country through a fair and lengthy judicial process that granted him every avenue to prepare a thorough defence,” Hadi Ghaemi, executive director of the Centre for Human Rights in Iran, wrote in a tweet.

Nouri was arrested while visiting Sweden in 2019 and has repeatedly denied the charges. Dozens of witnesses, including former prisoners and their relatives, testified in the trial, held over 96 sessions over nearly a year.

The case has predictably outraged Tehran.

President Ebrahim Raisi, a hardline ideologue, was among the judiciary officials who participated in the 1988 murders and has subsequently said he was proud of his actions. Tehran is also holding an untold number of dual nationals on specious charges as de facto hostages, demanding that Nouri and other Iranian regime figures held in the west be released in exchange.

Iran is currently holding Swedish-Iranian doctor Ahmadreza Djalal, who has been sentenced to die in an Iranian court on dubious espionage charges after a trial held largely in secret.

Iran’s foreign ministry spokesman Nasser Kanani condemned the ruling, which he described as a scheme cooked up by the Mojahedin-e-Khalq, (MEK) the Iranian exile organisation whose members were the primary victims of the 1988 slayings.

“We deeply regret that contrary to the good bilateral ties, Sweden has spent hefty costs to give in to the evil propaganda machine” of the MEK, he said in comments carried by the official IRNA, “Sweden has put its judicial system to the service of the [MEK]’s criminal causes and has practically acquitted terrorism.”

Mr Kanani warned that the case would damage bilateral ties.

International human rights advocates hailed the verdict. Amnesty International has long focused attention on the prison massacres, issuing a major report on the killings in 2018.

Diana Eltahawy, Amnesty’s deputy director for the Middle East and North Africa, described the verdict as “an unprecedented step towards justice” for the slayings, and called for more prosecutions of regime officials.

“For more than three decades, survivors and relatives of thousands of political dissidents extrajudicially killed and forcibly disappeared in Iran’s 1988 prison massacres, have struggled for truth and justice. With this first ever ruling against an Iranian official, albeit in a European court, they have finally witnessed an Iranian official held to account for these crimes.”