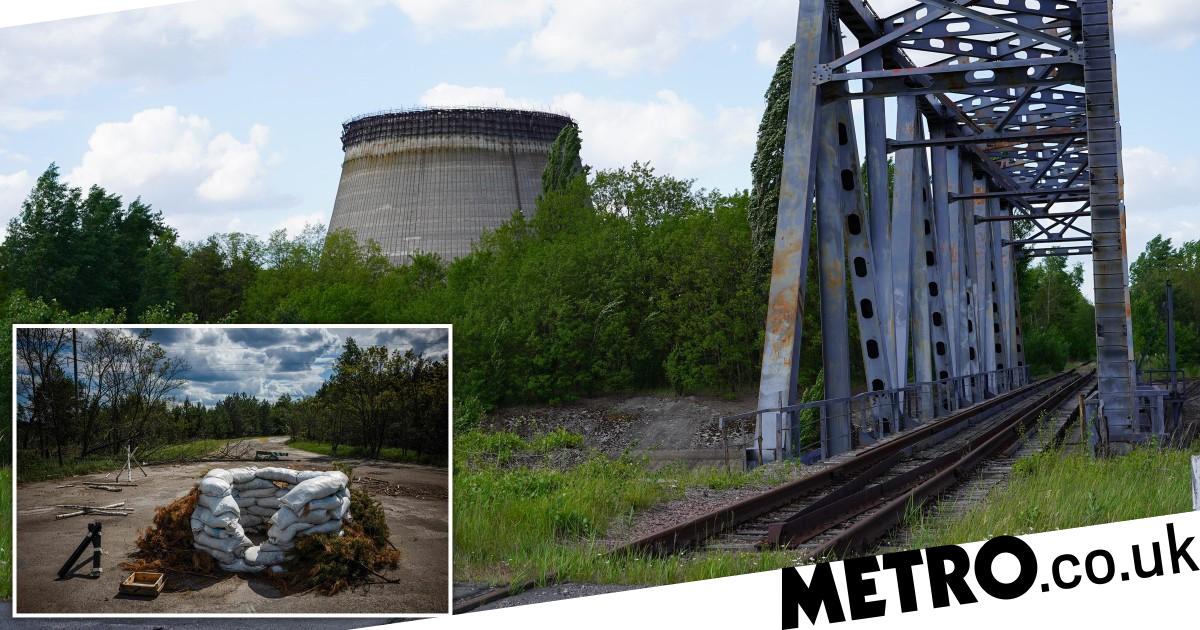 When Russian forces entered the Chernobyl Exclusion Zone on the first day of the war in Ukraine, it took them just hours to capture the 300 workers, firefighters and guards, and claim victory.

Entering Ukrainian territory from neighbouring Belarus, this was a strategic move by Vladimir Putin’s troops – and one the Western world thought would draw up the rest of the invasion.

But now, a Reuters investigation has revealed the infamous site in Pripyat was captured so easily because of a long-standing Kremlin operation to infiltrate it with secret agents.

‘Apart from the external enemy, we unfortunately have an internal enemy, and this enemy is no less dangerous,’ said Oleksiy Danilov, secretary of Ukraine’s National Security and Defence Council.

By the time Russia’s first tanks rolled into the country, Moscow already had agents in the Ukrainian defence, security and law enforcement sectors.

Mr Danilov declined to share the names of the traitors but said they needed to be ‘neutralised’ at all costs.

He is being investigated for withdrawing from his post after he allegedly ordered the plant’s 169 guards to surrender.

Agents have also begun a second probe into him for suspected treason but his lawyer rejects the allegations.

In a statement to investigators, Viter said that on the day of the invasion he spoke by phone with the National Guard unit commander.

He advised the commander not to endanger his unit, telling him: ‘Spare your people.’

Ukraine’s State Bureau of Investigation has also said it is investigating former top intelligence official, Andriy Naumov, on suspicion of treason for passing security secrets about Chernobyl to a foreign state but it is unclear if this is Russia.

A source revealed to the news agency that Russian agents were deployed to the site last year to bribe officials and prepare for the attack.

At a national level, another source warned that Putin’s government was counting on activating sleeper agents inside the Ukrainian security.

It is believed they were also lining up hotelier Oleg Tsaryov to lead a puppet government in Kyiv after president Volodymyr Zelensky was ousted.