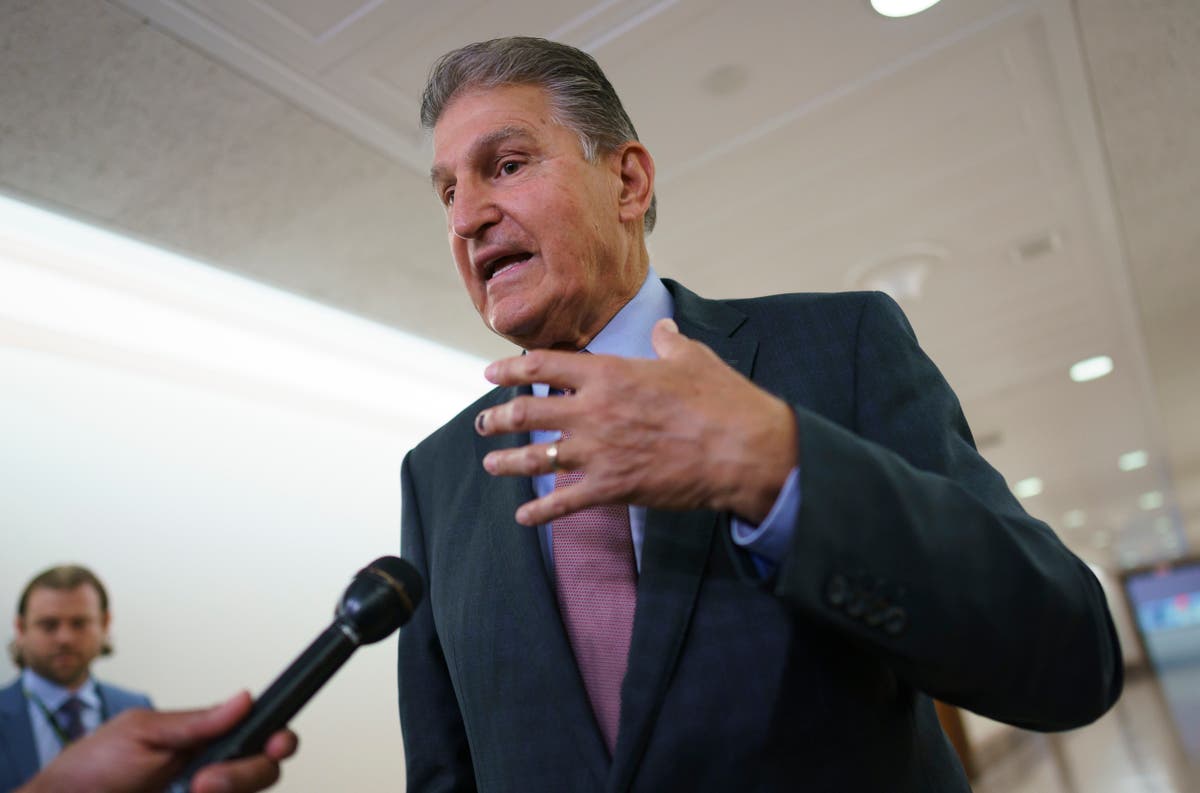 West Virginia Sen. Joe Manchin, one of the Democrats’ most conservative and contrarian members, declined on Sunday to say whether he wants Democrats to retain control of Congress after the November elections.

The senator told NBC’s “Meet the Press” that will be determined by the choices of voters in individual states, rather than his own preferences. He added that people “are sick and tired of politics” and want their representatives in Washington to put country over party.

“I’ve always taken the approach, whoever you send me, that’s your representative and I respect them and I respect the state for the people they send and I give it my best to work with them and do the best for my country,” Manchin said.

Manchin faces reelection in 2024 in a state where Donald Trump prevailed in every county in the past two presidential races, winning more than two-thirds of West Virginia’s voters. But in distancing himself from fellow Democrats, Manchin also tried to decry the rise of partisanship.

Manchin was booked to appear on five news shows, the culmination of a high-profile week in which his compromise with Senate Majority Leader Chuck Schumer, D-N.Y., revived a package of White House priorities on climate, health care, taxes and deficit reduction. The West Virginia senator torpedoed a grander plan last December and previously lowered expectations about a substantial agreement being reached.

The surprise deal, while more modest than earlier versions, seems to have helped transform Manchin from pariah to partner.

On “Fox News Sunday,” he defended the 15% minimum tax on corporations with $1 billion or more of earnings as closing “loopholes,” rather than an outright tax increase.

Manchin said the plan, the “Inflation Reduction Act,” would help with manufacturing jobs, reduce deficits by $300 billion, lower prescription drug prices and accelerate the permitting process for energy production. These are the kinds of priorities that Republicans have supported in the past, Manchin said.

“We’re doing everything you’ve asked,” Manchin said. “I would hope, and in normal times, this would be a bipartisan bill, but I understand the toxic atmosphere we’re in.”

The Senate is divided 50-50, with Vice President Kamala Harris the tiebreaking vote, giving the Democrats control of the chamber. In the House, Democrats have a 220-211 edge, with four vacancies. But in midterm elections, voters often reject the party that holds the White House, and this year, President Joe Biden’s unpopularity and rising inflation are creating strong headwinds for Democrats.

Manchin demurred when asked on NBC whether he hoped Democrats would keep their majorities in Congress.

“I think people are sick and tired of politics, I really do. I think they’re sick and tired of Democrats and Republicans fighting and feuding and holding pieces of legislation hostage because they didn’t get what they wanted,” he said, adding, “I’m not going to predict what’s going to happen.”