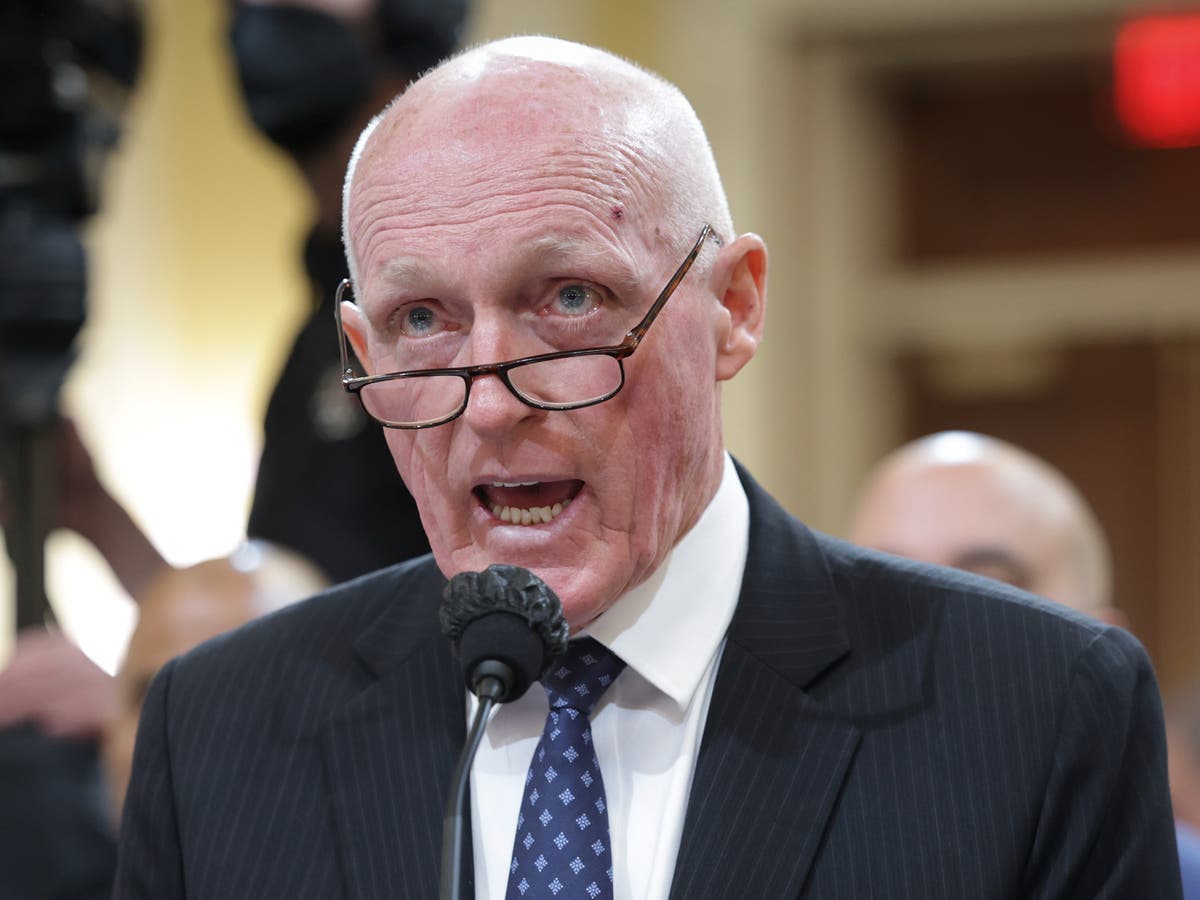 Republican Arizona State House Speaker Rusty Bowers has spoken out against Trumpism in a deepening row with former president Donald Trump over his testimony to the January 6 committee.

Mr Bowers testified in front of the House Select Committee investigating January 6 after voting for Mr Trump in 2016 and 2020. But the speaker hasn’t bought into the lie spread by the former president and his allies that the 2020 election was stolen from Mr Trump.

Mr Bowers, 69, was censured by the Arizona GOP a month after his testimony. On 21 June, Mr Bowers told the committee that Mr Trump pressured him to overturn the results in Arizona, a state President Joe Biden won narrowly.

“I do not want to be a winner by cheating, I will not play with laws I swore allegiance to”, he said at the time.

“Rusty Bowers is a RINO coward who participated against the Republican Party in the totally partisan unselect committee of political thugs and hacks the other day and disgraced himself and he disgraced the state of Arizona”, Mr Trump told a rally crowd in Prescott Valley on 22 July.

Mr Bowers responded to Mr Trump’s attacks during an interview with ABC News.

“I have thought at times that someone born how he was raised how he was – he has no idea what a hard life is and what people have to go through in real in the real world. He has no idea what courage is, and the last place on Earth that I would want to do evil would be the state of Arizona,” he said in the interview broadcast on Sunday.

“How do you explain the hold that he has, though, on Republicans, including a lot of Republican leaders right here in Arizona?” ABC News Chief Washington Correspondent Jonathan Karl asked.

“They rule by thuggery and intimidation. So you know, they found a niche, they found a way and it’s fear, and people can use fear, demagogues like to use fear as a weapon. And they weaponise everything, and we all know it. But that’s not leadership to me to use thuggery”, Mr Bowers said.

Concerning the lie that the 2020 election was stolen, Mr Bowers said: “If we want to base a party and an authority and move people to solve problems, you can’t base it on a lie. Ultimately, that falls apart.”

“I’ve had people walk up and say, you know, just cold turkey, ‘I’m ashamed of you’”, he said, adding that he’s been called a “traitor” and been told that “the price of treason is hanging”.

“Did you ever consider going along with it?” Mr Karl asked.

“I said, this is new to me. The idea of throwing out the election of the president is like, okay, so what part of Jupiter do I get to land on and colonise?” he added.

“Over and over, and he said, ‘yes, yes.’ And he never gave us anything. No names, no data, nothing”, the speaker said.

“I’m not. My vote will never tarnish his name on a ballot”, Mr Bowers said.