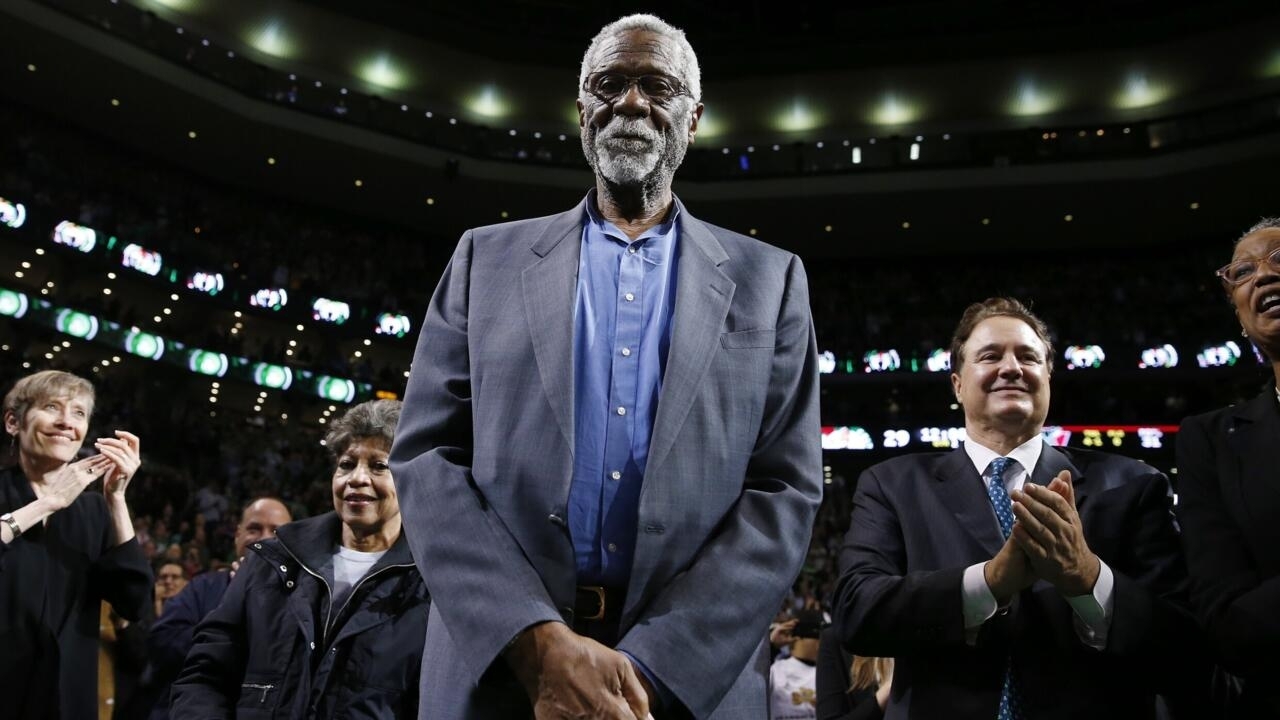 Bill Russell, the NBA great who anchored a Boston Celtics dynasty that won 11 championships in 13 years — the last two as the first Black head coach in any major U.S. sport — and marched for civil rights with Martin Luther King Jr., died Sunday. He was 88.

His family posted the news on social media, saying Russell died with his wife, Jeannine, by his side. The statement did not give the cause of death.

“Bill’s wife, Jeannine, and his many friends and family thank you for keeping Bill in your prayers. Perhaps you’ll relive one or two of the golden moments he gave us, or recall his trademark laugh as he delighted in explaining the real story behind how those moments unfolded,” the family statement said. “And we hope each of us can find a new way to act or speak up with Bill’s uncompromising, dignified and always constructive commitment to principle. That would be one last, and lasting, win for our beloved #6.”

NBA Commissioner Adam Silver said in a statement that Russell was “the greatest champion in all of team sports.”

“Bill stood for something much bigger than sports: the values of equality, respect and inclusion that he stamped into the DNA of our league. At the height of his athletic career, Bill advocated vigorously for civil rights and social justice, a legacy he passed down to generations of NBA players who followed in his footsteps,” Silver said. “Through the taunts, threats and unthinkable adversity, Bill rose above it all and remained true to his belief that everyone deserves to be treated with dignity.

A Hall of Famer, five-time Most Valuable Player and 12-time All-Star, Russell in 1980 was voted the greatest player in the NBA history by basketball writers. He remains the sport’s most prolific winner and an archetype of selflessness who won with defense and rebounding while leaving the scoring to others. Often, that meant Wilt Chamberlain, the only player of the era who was a worthy rival for Russell.

The battles on the court between the centers were fierce — signature showdowns in the NBA. Russell led the University of San Francisco to NCAA championships in 1955 and 1956 and won a gold medal at the 1956 Olympics.

In Boston, Russell left a lasting mark as a Black athlete in a city — and country — where race is often a flash point. In 2011, President Barack Obama awarded Russell the Medal of Freedom. Two years later, a statue of Russell was unveiled on Boston’s City Hall Plaza.

“I cherished my friendship with Bill and was thrilled when he received the Presidential Medal of Freedom,” Silver said in his statement. “I often called him basketball’s Babe Ruth for how he transcended time. Bill was the ultimate winner and consummate teammate, and his influence on the NBA will be felt forever. We send our deepest condolences to his wife, Jeannine, his family and his many friends.”

His family said that arrangements for Russell’s memorial service will be announced in the coming days.